How you guys manage in the states the goverment have banned flavors?(just curius)

Wonder where you buy your flavors where the goverment have banned flavors? Now my country will ban flavors next year im live in sweden

we make our own juice. the flavors are not banned = they are used in food.

Nice if thats how it works fuck sweden goverments flavor ban then thanks for the info jinx:)

can you get flavors ? how about the other stuff ? easy or hard ?

I haven’t heard anything about the ban in Sweden, the only thing is that they want Sweden cigarettes free by 2025.
Everything is normal to buy as usual, unless you buy from out side Europe than we have to pay duty.

It’s a long time since they banned smoking in public places (playgrounds, bars and restaurants… Ect vaping included
Last yes they banned flavored cigarettes (menthol)
How they gonna fill up the taxes gap, I don’t know.

That and Big Tobacco pays big money to politicians and gov.s to keep it alive

Interesting side note; I work at a Gourmet grocery store", its all about the food, there’s no laundry soap aisle, they don’t sell condoms or cigarrettes or lottery tickets, its a food store. I was walking down the cake making aisle and noticed flavorings, beyond the normal vanilla, almond, anisette, etc, they had about two dozen flavors, and they were by Loranne flavors. Oh god you should see the price for 30 ml!

Have you started stocking yet?

That’s total BS. You have to stop it (!!) otherwise this will wave all across the Europe and we know what this means lately.

Taxes are a myth pushed by the Big Tobacco. (statista.com) 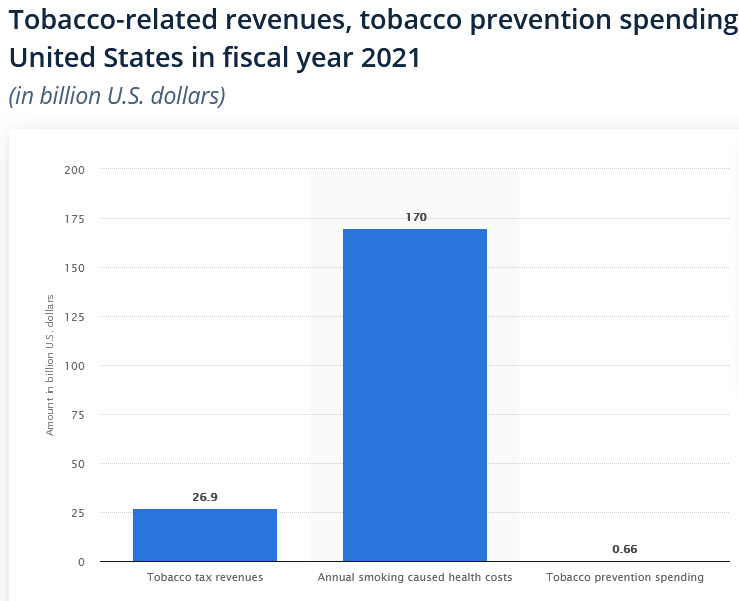 See the fast facts regarding smoking and tobacco use.

Smoking costs the United States billions of dollars each year.

Total economic cost of smoking is more than $300 billion a year, including

In fiscal year 2020, states will collect $27.2 billion from tobacco taxes and settlements in court.

Which the government doesn’t pay penny one unless the person is on Medicaid. Business thru insurance pays the cost. I know my State sells bond’s against what they estimate the tax will bring in for the year. Less than one percent goes for smoking prevention. The rest goes to the general fund.
Have always hated studies that sugar coat a turd and vice versa. It all depends on point of view.
My State I live in is tax and spend. The bond rating became just above junk. Governor raised property forcing home owners out of homes they lived in for thirty forty years. Reelection is next November. He bragging about balancing the budget (still underfunded) and getting a better bond rating saving the state money on rates. Just another turd being sugar coated.

The only thing the us government banned for diy juice making IIRC is just ordering nic. I believe you need a license to order it now.