its premixed at 90 10 though how does the vg drop if its already 90 doesnt the pg just go up or am i being stupid ???

im over thinking this , my head is kind of boggled lol i keep thinking how does something drop if its not being taken away and yiur adding pg , i get how it works when i mix from straight vg than pg and my flaves but either my brain is shot or my weekend has been so full of arguing i just want to argue lmao , do you see what im saying at least

i think i need to go to bed lmao , i seriously just though some one opened my front door and walked in than out LOOOONGWEEEKEND GOODNIGHT

Because it’s % not measurements directly. So if u make one % higher the other has to go lower to stay at 100% total you aren’t taking any vg away, but it will be a lower % of the total mix once you add the last 20 in, it would lower the vg Total% to 70

i get it lol ty shutting down my friend ttyl

you have 72ml of VG and 8ml of PG in your base already I assume including nicotine. You want to add 20ml of flavouring? to make it a round 100ml, or 20% of flavouring to 80ml which is 16ml so 96ml of finished liquid

Basically you are beginning with 80ml made up of 72ml VG and 8ml PG and then adding another 20% PG in flavouring (16ml) so:

this is the answer (I think) you are looking for

@bluenose63 is right (although it hurt my brain to read that…

) I let the calculator do the work! 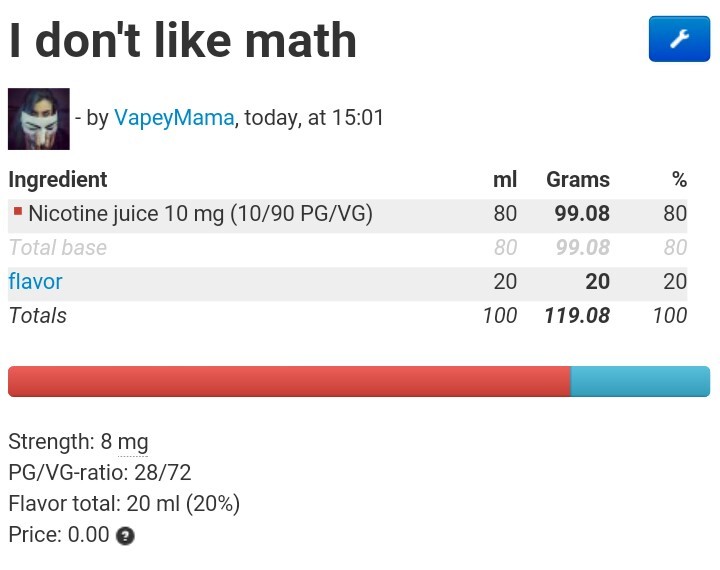 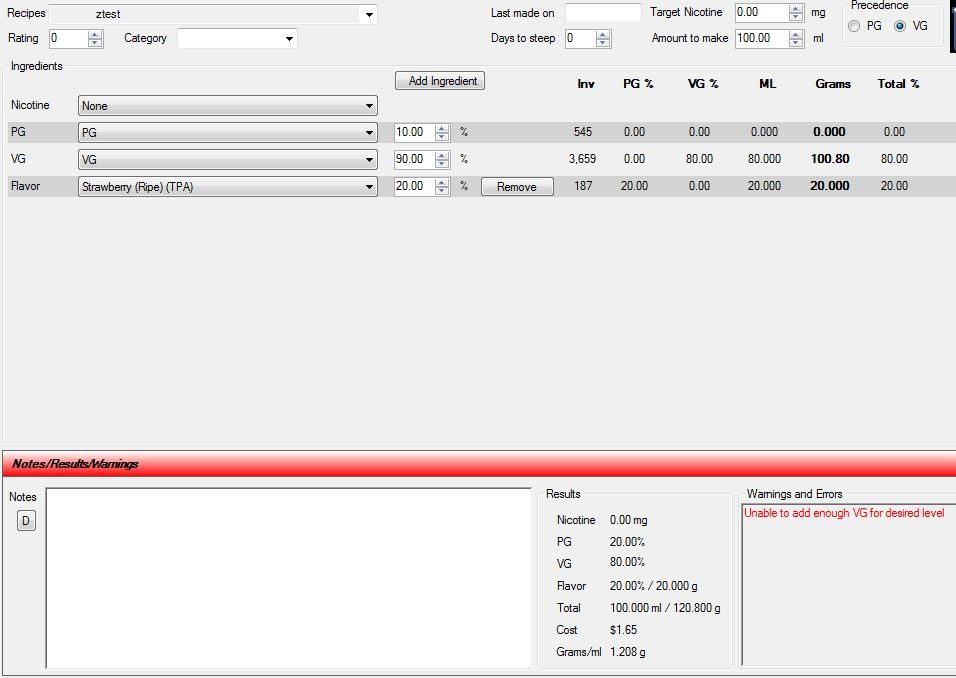 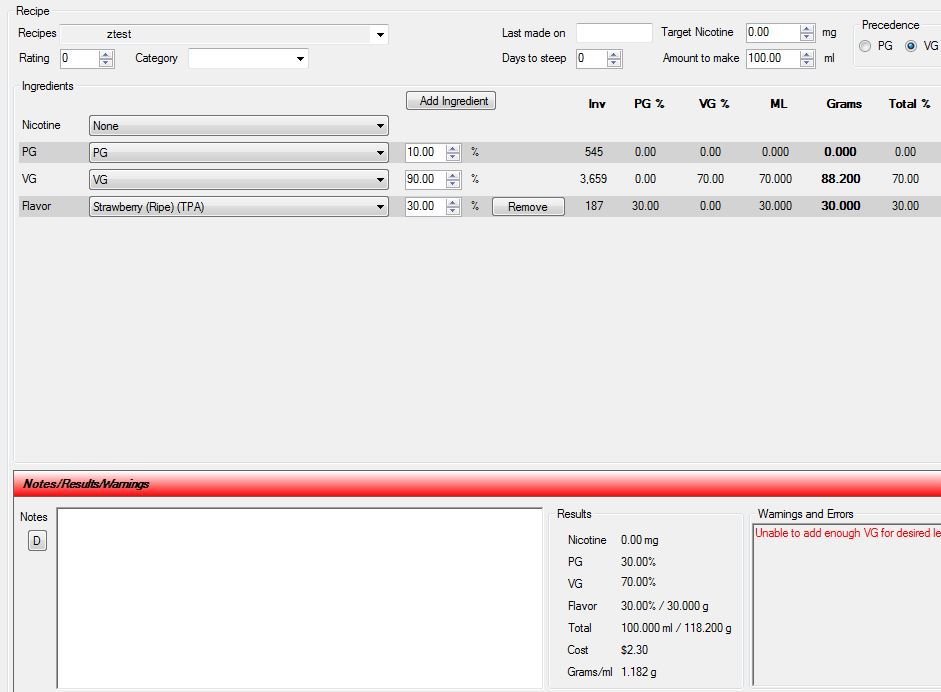 off the the subject but ive been wondering what your pic is , and then the other day i came across the movie lol it has had me guessing for months

It’s a windows program (Juice Calculator) that I use to maintain recipes and ingredients I have/use/want to make. I just plugged in what they were asking about and took screen shots of what it said you would need to use or what the outcome would be.