I have been using an American Weigh LB-501 For about a year and a half and earlier this year it died. So I bought another and the new one died in less then 5 months of use. I was wonder if anyone has had better luck with another kind of scale. I don’t want to be buying new ones ever couple of months. It seem like scales in the 0.01g bracket are either under a $100 ore over $500. I want a scale that isn’t going to break the bank but is going to last longer then 5 months.

AwS SC-501A is the one ive used for almost 2years

Has anyone tried The Jennings TB500? Seems like a reasonable price. 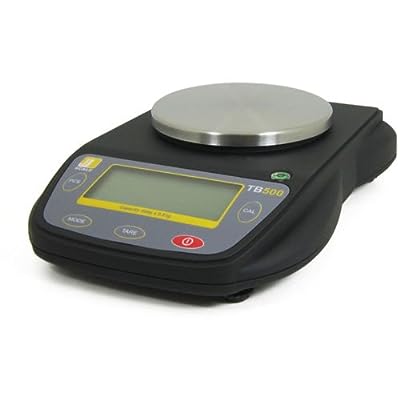 The Jennings TB500 table top precision scale has a 500 gram capacity with 0.01 gram readability plus 5 additional weighing modes, including counting. The TB500 has a stainless steel platform, bright b ...

im going by personal experiance, its lasted two years ive even dropped it a couple times the plate came off but it still works fine , AWS is a very popular brand of scales , i was only giving you another option besides the one you have which im planning on buying soon its a good scale ime

Try this one, get a calibration weight too 200gm. Cheap but good.

i just use a cheap chinese one never had any problems

That’s the same one I use.

I have a couple of those. The LB-501 is much better, I think - but from the OP, it sounds like some doesn’t have a long life expectancy

Even the oldest Chinese scale I have still lives…

I’ve had an etekcity scale like the silver one above that I’ve had since I started mixing and it’s still going strong.

I have used a LB-501 for over 3 years regularly, not just for juice,
but herbs, tinctures, projectiles, gunpowder, and other light things,
never a problem.

I don’t use batteries, it’s always plugged in.

It is expensive but the reviews have it passing GMP and the internal level is cool as well.

Awesome that the hawt chick is back in your Avatar and good to see you!

I’ve been using $20 eteks in 5 locations for years…

All I can say is get one that measures to thousands and uses rechargable batteries and you will not have to buy a new one more than once every few years, if not longer.

My Weigh i201 if 200 gr. is sufficient. I’ve had one for over a year and it’s been great and after owning the American Weigh LB-501. Lifetime warranty. Check out Focus Camera in NYC, picked mine up for $75 shipping included.