OMG… my nephew was here yesterday and the kids were all cracking up around his phone. They were watching this:

How many of us have seen this? The story is the vaper youngling’s love this guy. Ha!

I feel so … not up on things today.

“something natural, like Mountain Dew or Cheetos”. Oh Lord lol

Yeah, my kids love this guy. I don’t see it.

Why can’t we see cool slick vids with Mace Windu and his lightsaber vape? 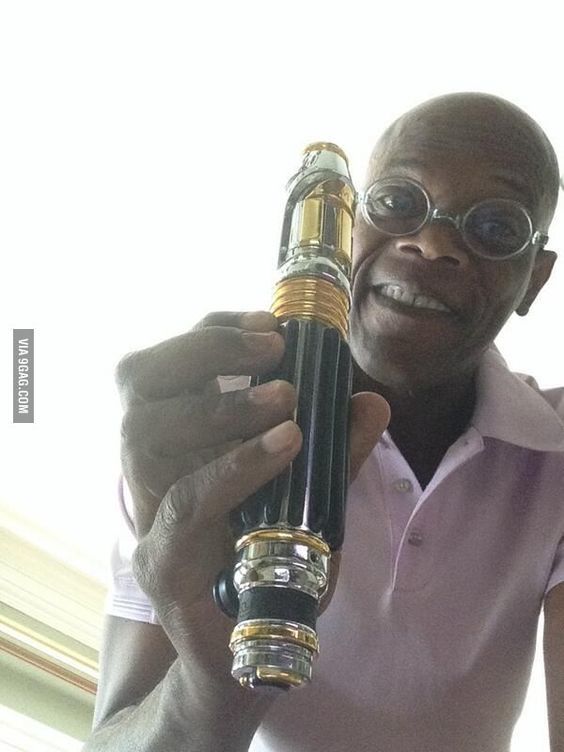 The whole “vape naysh y’all” hype has completely passed me by. Either I’m taking things too seriously or the art of humor has been lost, but in my humble opinion it’s a pisspoor attempt at satire.

I was across the room vaping and those little punks were sitting there on my wifi watching the video laughing their heads off (one of them vapes and I’ve given him a lot of liquid) so I sat down next to them and watched it with them (Thinking SACRILEGE!!!).

Cut their access to the wifi, they’re wasting valuable bandwidth!

Guess I’m not too cool either. Anyway, I kinda like the company I’m in.

Wow, I didn’t know Nathan was your nephew…

but in my humble opinion it’s a pisspoor attempt at satire.

That’s a lot nicer than I would have put it (which is why I originally didn’t comment). lol

Personally what I saw was “an older guy (my age-ish) trying to make fun of the ‘wannabe’ hip and trendy vaping kids with attempts at using their generational lingo (as he see’s it)”.

The only problem is, he fails on all fronts. From the funky outfit, to the terminology, missing pants around his knees, etc etc.

Not even the folks in his target audience are laughing with him.

I think the kids are laughing AT him, for obvious reasons of fail. YMMV.

Personally what I saw was “an older guy (my age-ish) trying to make fun of the ‘wannabe’ hip and trendy vaping kids with attempts at using their generational lingo (as he see’s it)”.

The only problem is, he fails on all fronts. From the funky outfit, to the terminology, missing pants around his knees, etc etc.

I’m glad you guys are having the same reaction I did. And I did say to the kids “Ummm excuse me, we don’t cough”. My husband thinks I was just flatly insulted and angry we were being made fun of and I agreed lol

He kinda goes from obnoxious to stupid, but my grandkids watch some pretty dumb stuff. I tolerate it because I love them. And I have seen people in public that are not too different than this character hahaha.

Does not get more true.

H3H3 is funny but man… that coughing and that get up…

I watched the whole thing and said at the end what a DA…the only time I laughed was when he gaged apparently he doesn’t learn quickly.

It is really only the dumb who need to show how stupid the other is - I prefer humor at a different level.

I don’t comment on your posts out of respect for you as a human being.

Yet for some reason, you will not - no matter how hard I try to avoid you - stop taking cheap shots at me.

I’m going to ask you respectfully Ozo to please stop communicating with me.

Dafk…I have not commented ANYTHING directed at you…why are you so paranoid ?

I had to go look at the video [that I didn’t watch until now]…that guy is ETHAN…
and you assumed I was relating whatever to you and whatever about the video???

I simply wish you would leave me alone, pay attention to what you read, before gunning for me.
Not sure if you understand how social media really works, but please leave me alone, as I do you.

Not sure why you had to tag Lars, other than to maybe try to get me banned for something you assumed I did?
Please ignore me, as I do you.
God bless you.