So once again I’d like to thank Anita from GearBest for sending this mod to me for review .

First impression of this device was that it was extremely heavy . It feels very sturdy like if you dropped it on the floor you would dent the floor and not the unit itself ! It’s also smaller than I thought it would be .

In the hand it feels very comfortable , the rubberized coating on the outside makes it very grippy. I think if you were ever being mugged this mod could be used as a weapon it’s that solid . One thing that bothered me at first was the location of the fire button . I was constantly pushing on what looks like a button at the top

The 510 is a fixed pin which some would argue isn’t desirable , but what Heatvape did was genius in my opinion . The 510 is separated with a connector cap that you screw the atty onto , then screwing the cap down makes perfect connection and the atty sits flush on the invader .

All of the atomizers I tried sat flush and made good connections . From what I’ve read the reasoning behind the fixed pin is that it’s a Temperature Control mod and a lot of the Chinese manufacturers found temp control more stable with a fixed pin.

So this device is equipped with Temperature Control. I’m not gonna go into how temp control works as by now most will have read about the ins and outs of it . I also can’t say what chip they use as they don’t list it anywhere on there site.
It functions the very same as the Vapor Flask clone maybe even a little less finicky. In fact I’ve not experienced any negative issues with the invader running in temp mode .
I first tried it with a manufactured ni200 coil in the GCT tank from Smok and that worked flawlessly. I vaped the tank dry and never got a burnt hit . I also wrapped my own nickel coil on my Lemo 2 and had the same result.

Only negative about temp control is that it seems to use more battery life than reg wattage mode . I burned through two samsung 18650 in record time , less than a day ! Not even really heavy use . I should also mention there is no on board charging due to the waterproofing I’m thinking . So what I’m saying is don’t leave home with out a spare battery or two .

I won’t go into reg variable wattage mode too much as it works as it should . One slight issue is that in reg wattage mode it has a slight firing delay but it’s maybe a second so really not a big deal .

Simply put …this mod is awesome . It’s exactly what you need for a beat around mod . It can take a lickin and keep on tickin . If you search on YouTube there are videos of this mod getting run over by cars and dropped in sinks of water and it’s because it is a well made quality product .
Anyone in a trade or that works outdoors and vapes needs one of these mods. For 60 some bucks for a 50 watt temp control mod that is made this sturdy it’s a steal. Go get one !

Thanks for reading guys and gals .If you want to pick one up GearBest is having a sale right now I’ll post a link .
Get One Here

Excellent review! That is one slick mod - Looks like a military tool of some sort! Strange about the temp control using more battery though! Damn it, I am tempted

Maybe I was just chugging on it more . I have no scientific data to back that up just seemed that way . But yes it’s a great deal for 55 bucks free shipping .

Strange about the temp control using more battery though! Damn it, I am tempte

Why do so many people worry about battery life when they’re using rechargables?

In case you forgot extras !!!

For me, I’d like to go out without packing extra batteries

Not such a big deal though.

Ok. I have a belt pouch that holds batt, juice, and box mod. I very seldom carry extra batt. tho. I usually take 2 mods.

Excellent review indeed!
I’ve received mine this week too, and my review is on the way.

The reasoning behind the fixed pin is its waterproof factor btw, a spring loaded pin would compromise the integrity of the body and the top cap prevents this.
You’re right in saying that it might double as a weapon though, this thing is freakishly heavy and can take a serious hit.

Yes it’s a beast . I’m loving it tho , I’ve been beating this crap out of it and it just takes it . No babying this mod .
Fixed pin makes sense for waterproofing , never thought of that .

strong textI JUST GOT MINE IN THE VAPE MAIL TODAY WITH A KANGERTECH SUBTANK PLUS 7.0 ML “MONSTER”

@45_CALIBER_JUICES I was thinking of getting one of these and was wondering how well the Subtank Plus fits on it. I love my Kangertech tank, is it to wide or does it fit good on the mod? Any pics?
Thanks!

I bought mine in a bundle pack with the Subtank Plus it fits just fine works very well and I love it GO FOR IT! 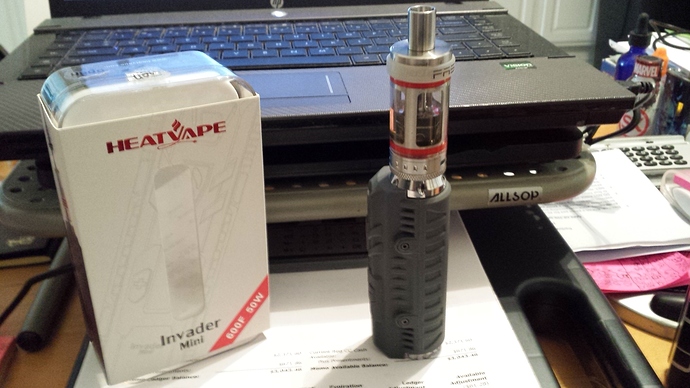 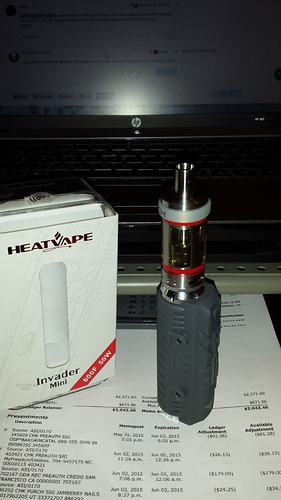 Looks great … Thanks for taking time to take the pics. Looks like I better get me one

Got mine for 9.99 plus shipping recently. Then ordered a tobecco super tank to match 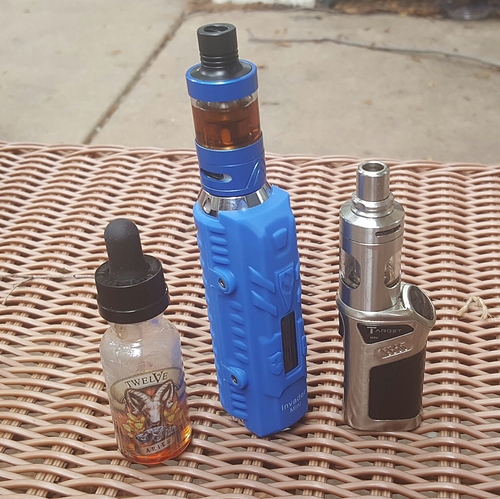