Has anyone had an issue with their IPV4 not reporting the battery level correctly or displaying the message to check battery when it indicates there is over half a charge on the screen. I put the batteries on the charger and it says the battery is at 3.7 or 3.8.volts. I can only get about an hour or two out of batteries before the check batteries pops up. I can put the batteries in another mod and vape it for hours and hours.

I had one of the first run IPV4 mods that had all kinds of issues from day one and Pioneer 4 You refused to do anything about it. Gave mine to my son and he later pitched it in the trash. Worst mod I ever owned and I refuse to buy another mod from them ever.

Hope you get yours figured out

What kind of coil build are you trying to run?

I actually had good luck with the ipv4, UNTIL I had a different issue. When firing the mod and using dual claptons @ .35 ohms, the resistance reading would change while firing, rapidly changing the voltage. Was going to toss it, threw it on the shelf unpowered for a while, came back to it, and mysteriously it started working fine again. Think it’s great while it’s working, but not sure if on borrowed time or not. Picked up a 5 which is working fine, but liked the 4 better.

Firmware is a good idea.

the resistance reading would change while firing, rapidly changing the voltage.

That was what mine did first also. It is my understanding they corrected the issue with the IPV4S. The problem from what I understand with the IPV4 was the connection of the wire at the 510 pin. P4Y knew the issue was out there but still refused to fix any of them.

I am not saying that is the issue here but connection problems at the 510 can cause a lot of different issues.

I really liked the feel in the hand of the IPV4 and have found that the Hcigar VT 133 has that same feel but with the DNA 200 board and better build quality it has become my favorite mod of any I have owned.

I bought a used the IPV4 and the 4s and to be honest the 4s it would fire until the screen seemesd to go out that was the 4s so then I bought the 4 and after months and months of using it with no issues, I then had the issue of it continuously firing and before I could grab it and take the batteries out it fried the entire 510 and switch and screen board. With that being said when they came out with the 400 no issues at all.I have and still do - the 4 * 4s all the IPV’s made, even there first one which was the first VW up to 20W and uses a single 26650 battery.

So just because there is a issue with one in there series Don’t count them all out!! Pioneer4You makes undoubtedly hands down te best made Mods on the Market. I still use my IPV 3Li and performs as if it was new!

My Ipv4s still going strong today, daily use, never had one glitch with it.
In wattage mode today but i use temp control on it and it works every time. 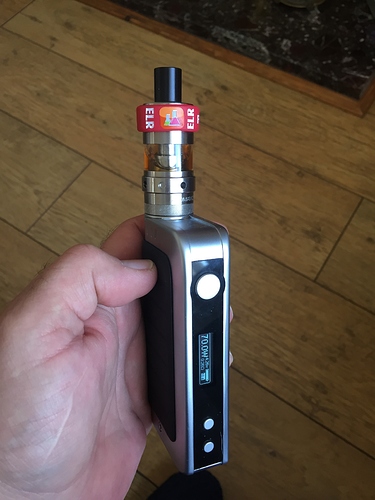