Is anyone else excited about the Wotofo Recurve?

I saw @HealthCabin has this on pre-order:

And it looks like a design I was talking about recently with some friends that should be my ideal setup/design for a massive flavor RDA!!

I’m so stoked on the design of this: 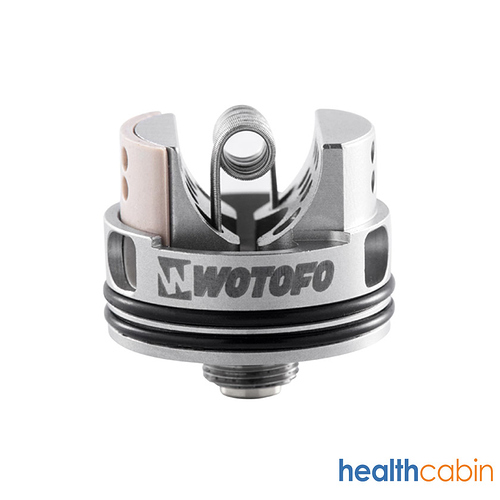 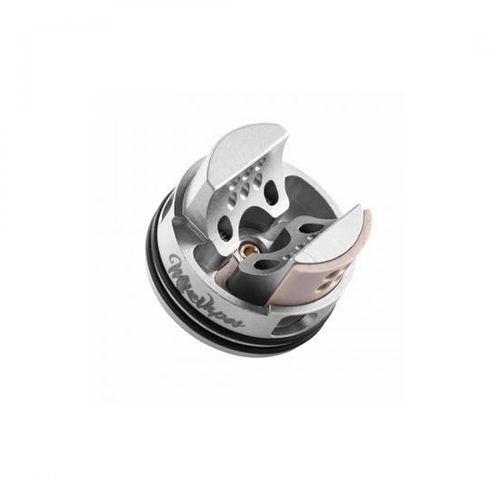 Someone recently hinted to me another one with that design. But it is an RTA: 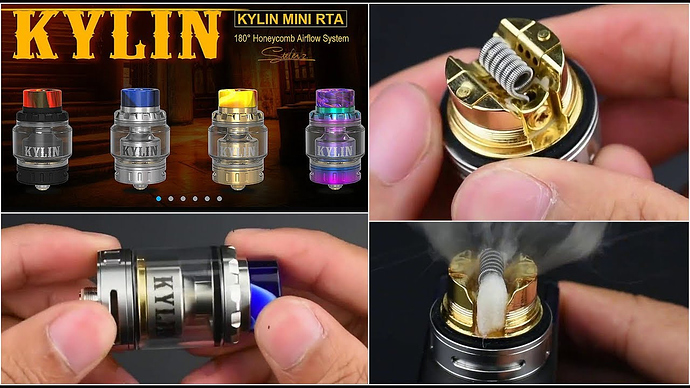 Still waiting on a 3 battery DNA squonk mod before I get into these rda’s with barely any juice well.
The design looks really nice though.

Yeah… That one made my ears perk. The problem with it though is I just don’t like most tanks (because of the frequently fiddly wicking).

heh)… But the possibility of dealing with even infrequent condensation accruing isn’t really something I like taking a chance on. I’m a firm believer it’s why my mods last as long as they do. Especially after seeing/reading about so many dying due to eliquid.

This one has the side air “wings” that I loved about the Kylin, and the Loop, but none of the negative issues (that I can see so far)!

I haven’t been this excited since the Troll v2!
(And the downside to that was the dual coil!) lol

Would you be opposed to a 3 battery mech squonk? Or does it have to be regulated?

not just regulated, only DNA

I imagine it would be a huge piece. My 3 battery mech is about the size of a DB160. I was surprised by how compact it was but still not pocket friendly because it does not have a lock mechanism.

If they make 4 battery mods, I don’t see why a 3-battery squonk mod would be so different.
I never walk around with batteries and I don’t mind having a bigger mod.

Probably will give this one a shot. Been using the Kylin mini for awhile now and really like the atty. I’ve got a few single battery squonks and an always interested in a single for some battery life. Have a couple of Pulse 22’s but the flavor is just a tad under some rda’s.

I don’t mind having a bigger mod.

I can go with that too. An N1 box is a beast and I like carrying it around. For you a 3 battery DNA squonk seems ideal. I just deal better with mechs than I do DNA. I want to like TC, but never really caught the hang of it.

Sorry Sparky for getting off topic.

It’s alright.
Threw me for a moment until I realized “oh yeah… It’s got a Squonk pin!” lol (Oddly enough, that’s the last thing I’ll likely use, but I think it’ll be a boon for you Squonk fans too)

I wouldn’t say excited but did watch a preview of it the other day.

I would say that due to the restricted juice well that it would be best suited for squonking but could still be used as a dripper.

I would say I am concerned with the airflow being too open. I really think this one will need a Clapton or fused Clapton wire to vape well. Sure the airflow can be cut down, but I think once you cut is down from the outside the air distribution inside won’t be consistent.

I really think this one will need a Clapton or fused Clapton wire to vape well.

Those are my norms, and possibly part of why I’m drawn to it!

I think once you cut is down from the outside the air distribution inside won’t be consistent.

But instead of closing the airflow, you do have other options like increasing the size of your coil to 4mm id or even bigger. It doesn’t necessarily require any fancy coil to do that.

I didn’t comment on that part of his observations/assessment for just that reason.

I feel that’s what it’s geared towards, or intended for in the first place.

I don’t think airflow is going to be an issue at all if folks build to the intent.

I does seem to be a very interesting RDA, by far the best designed by Mike (though that doesn’t really say that terrible much IMO

), and something I would be interested in giving a try.

The comparison with the Kylin Mini is also only skin deep. The Recurve has holes drilled through the blocks that will make the airflow highly directional, whereas the holes on the Kylin Mini is just thin sheet metal that has no influence whatsoever on the direction of the air.

I also saw a kylin immediately. It does look nice to be since i like that type of directional bottom airflow, True bottom ones can be sloppy. Ones that direct air to the bottom on an angle from the bottom side of the barrel give nice flavor w/ less fear of leaking. This design forces the air to the coil but as others stated the afc needs work, rather see the side independent then the bottom. Id imagine happiness w/ just the bottom normally and 150w+ range you would need the side to cool.