Is anyone else paying attention to Venezuela lately? 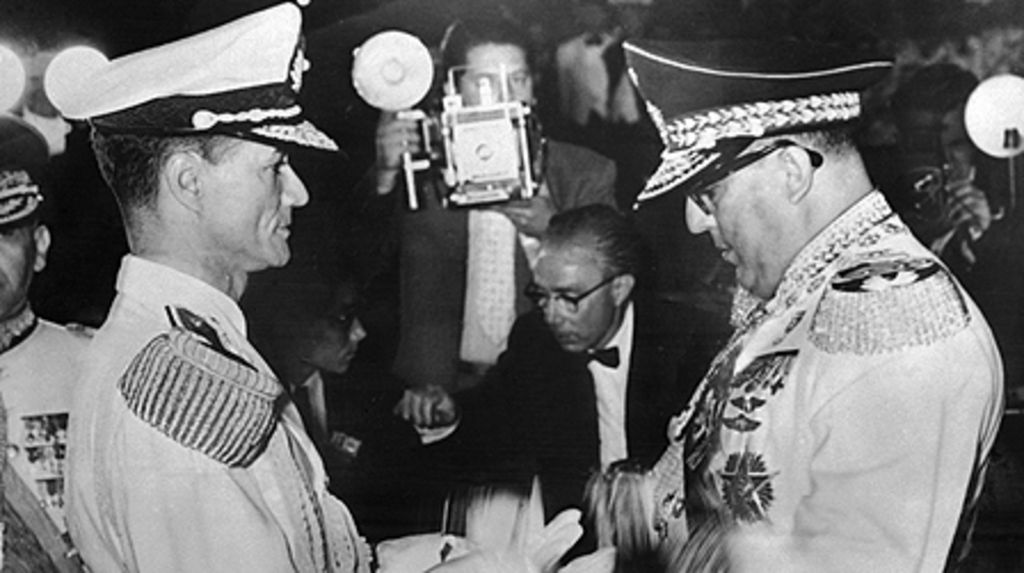 A chronology of key events in the history of Venezuela from Columbus and the Spanish colonial period to the present day.

A few things that stood out to me…

2007 June - Two leading US oil companies, Exxon Mobil and ConocoPhilips, refuse to hand over majority control of their operations in the Orinoco Belt to the Venezuelan government, which then expropriates them.

2007 December - President Chavez suffers his first defeat at the ballot box, when a referendum narrowly rejects proposals to increase government control over the Central Bank and the power to expropriate property.

2009 February - Voters in a referendum approve plans to abolish limits on the number of terms in office for elected officials. This allows President Chavez to stand again when his term expires in 2012.

2010 January - President Chavez devalues the bolivar currency to boost revenue from oil exports after economy shrank 5.8% in last quarter of 2009.

2012 April - Government extends price controls on more basic goods in the battle against inflation. President Chavez threatens to expropriate companies that do not comply with the price controls. 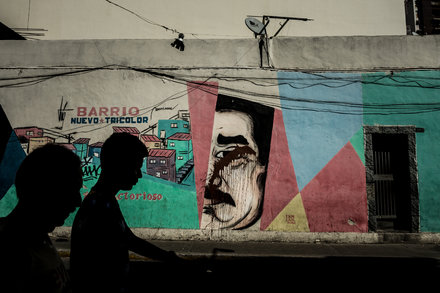 In the age of A.O.C., the lesson must be learned again.

I think this is a matter for the Venezualians to decide, without external intervention.

The problem with socialism is that eventually you run out of other people’s money.

I’ll never understand US fear of socialism and communism when they are the more imperialistic state on earth at the moment, and could actually greatly benefit from the position of having people centric policies.
Not my country, not my problem though.

In the other hand, thinking Thatcher is someone to quote is somewhat disheartening. She has caused war and social suffering to a level that had not been seen since the second World War.

People tend to confuse countries that are social democracies, such as the Scandinavian countries with those that are/were socialist countries, such as the USSR, Cuba, Nicaragua, Cambodia and others. There’s a huge difference between the two systems. Socialistic approaches in a democracy can be a good thing, but there is always a price to pay, no matter what the government does.

As for Venezuela, it’s a nightmare right now. There’s no need to tiptoe around the fact that the country is going down the toilet and the only thing that’s going to save it is help from outside. It does not necessarily mean military help either, but to pull their economy back together will require a lot of help.

As for socialism in general being good, well, that’s a question that needs to be reworded to get at the details. All I can say is, where would you have preferred to grow up, the USSR, Cambodia, Cuba, China, etc or a Western democracy? If someone from the west answers they prefer one of the former countries, then they’re ignorant of history and not very bright, imo.

may I ask what country do you live in ?

You may ask, I may not answer

I’ll go as far as saying I am currently in the EU but that I have been around.

IMO, it goes understated that Chavez (and now Maduro) were very strong populists with dictatorial tendencies. Any country run by people with such tendencies get in trouble one way or another.
And something else that hugely undervalued is that countries that are ranked among the best to live in in the world, where people have the best quality of life, most opportunities, freedom and rights, are usually countries that are very social. You can get free healthcare, free education, a social care net for people who’ve been unlucky in life, free public transport for +60s and so on.

I dunno… IMO socialism has a place in society but just like in any country, you need the right people in the right place at the right time.

Amen to that. I just saw a list of the countries with the ‘happiest’ populations… and NINE of the top 10 were scandinavian nations. And Canada was the 10th. They are CLEARLY doing something very very right. I recently read an indepth article (can’t remember where, or i’d post it) that was a communal and individual interview over a period of months with a group of about 50 members of a commune in Finland. Commune sounds hippie, but it was truly communal living… each family had their own personal space, but things like cooking and bills and transport etc were handled as a unit. It sounded flat. out. utopian… honestly, if it were easier to emigrate, and if I didn’t have a pain condition that makes cold weather horrible… I’d already be there. Woman and her older daughter both laid up with a horrible flu for a week… they’ve got clean clothes and health meals, and childcare overnight for the younger siblings, so they don’t get sick. Your car dies and you can’t get public transport? Most of us would lose our jobs if we didn’t have family to bail us out…these guys just catch a ride with their housemates. Amazing. Happiest, healthiest, and most ‘secure in their skin’ group of people I’ve ever read about.

Amen to that. I just saw a list of the countries with the ‘happiest’ populations… and NINE of the top 10 were scandinavian nations

Not sure about @OddModicum’s math or geography knowledge, but you can find the official “happiness report” here from https://worldhappiness.report/ed/2018/

There are obviously only 3 Scandinavian countries, Denmark, Norway and Sweden… it goes a little beyond the topic of this post though.

@SessionDrummer was questioning Venezuela’s socialism, I just tried to say that that’s not the real problem in the country (with reference to other countries where socialism helps people have a better quality of life).

I’d be more worried about the punitive stance that Trump takes on Venezuela instead of trying to influence them in a cooperative way. This is just opening the doors for the Russian army to fly in and getting a whole load of other unintended problems in that region. Lessons have not been learned from the Cuba situation…

Oh fer crying out loud, Nordic area and low countries would have been a better geographic description, obviously. And it was top 6 of 7 from that general region. I was going from memory from months ago, guys. I was obviously trying (and failing!) to make a general point.

There there, humanitarian aid from above saved Lybia, Syria, Irak, in different ways Ukraine and Georgia, and a whole bunch of others from themselves. When they had running water, they were not free enough.

You need more of a can do attitude to be part of the gang.

Well, I for one am glad to live in a capitalist economy and a democratic republic. People tend to disappear and die in large numbers when in socialist/communist countries. The system I live in is not perfect but far better than the alternative.

The pattern is a Country decides to trade oil in other currencies and Washington throws a shit fit . Not denying there are huge issues in Venezuela right but the US loves to have banana republics South of Mexico.

How does this relate to the fact that a dictator seized control of private oil companies, nationalized them, and proceeded to flush the rest of his country down the shitter? Living life large while people actually are starving?

I’m not denying that. Was just pointing out the underlying interests that seem to be pattern with not just the history of Central and Southern America but the last few regime changes that have happened. Almost all have either wanted a gold standard or trade not based on USD.

The US likes to compare itself to the Roman empire. They’ll never last 500 years though, the empire is already in decline, hence the ugliness.

They’re just clinging on by their fingernails trying desperately to hold on.
US has hollowed itself out with excessive warfare on too many fronts, when the petrodollar falls, the US goes down the drain.

My question to the people who seem to applaud this continuous US interference is this; would you appreciate it if another power came into being and decided the US would be much better off under different control, send in the military to bomb you into submission, or squeezed you economically to the point of starvation, replaced your chosen leaders and installed someone else?
All for your own good of course.

We should all be ashamed, and with we I mean all cosigners of the international treaties, treaties that are broken by the US with impunity because apparently they only apply to others.

There is no freedom anymore in our Western democracies. The media that is supposed to keep taps on the Powers That Be and report back to the public is bought and payed for by the same people who own our so called rulers and do not report but only repeat what said powers tell them, lie after lie after lie.

Elections are bought, so again, both systems suck. Maybe the people living in dictatorships are better off because at least they realise they are not free, whereas we continue to babble about our freedom while we are being manipulated with manufactured, one-sided news, i.e propaganda, and being spied on 24/7.

I remember, before the fall of the USSR, that people in the West were outraged by these things when they were being done by the KGB and the Stasi, now it seems to be widely accepted behaviour, apparently this bullshit is keeping us all safe from a couple of creepy, bearded men who get their weapons from Saudi Arabia who in turn gets its weapons from the US and Britain.

At least it keeps the war against terrorism going, God forbid that there will be an end to this cash-cow that only benefits a chosen few and destroys everyone else