Haven’t heard a word about about taking nicotine off the market. What I have heard is Juul will not be allowed on the American market.

I haven’t viewed the video yet but according to the documentary, You Don’t Know Nicotine, nicotine has medicinal value and is being studied in dementia and alzheimer research.

I hope they are just intending to lower the pct in commercial cigarettes, making them less addictive. Let’s be real, the first commercial cigarettes were more natural with normal levels of nicotine. Since then Big T has been genetically engineering their tobacco crops. 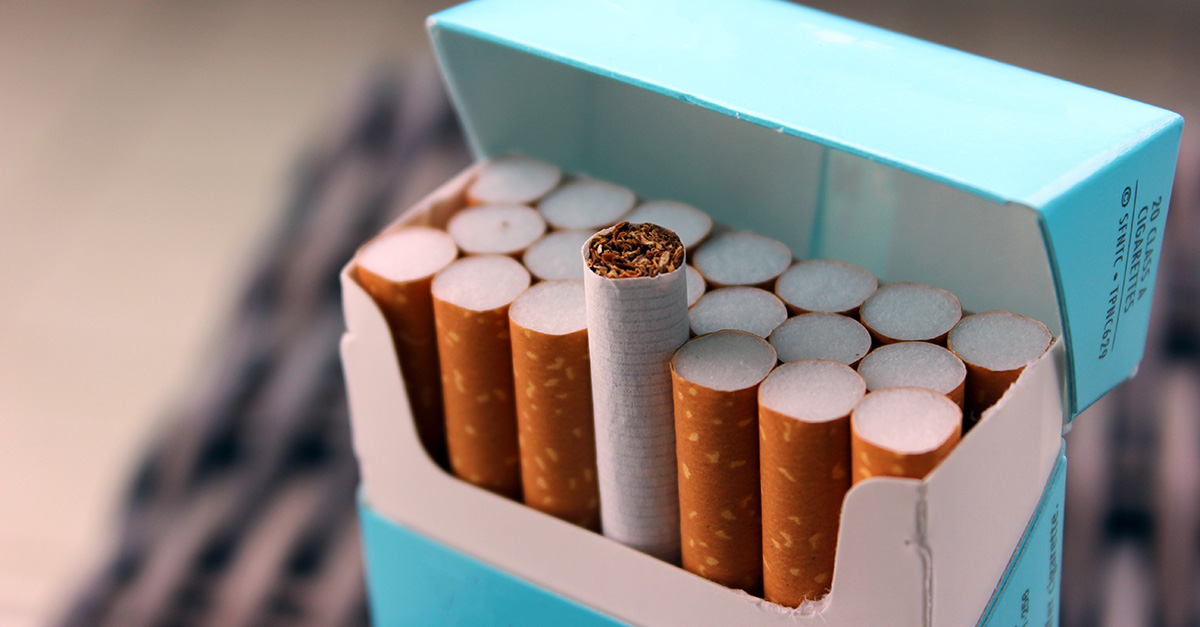 The tobacco industry has leveraged modern science for more than 50 years to manipulate their products to make them even more addictive.

Don’t kick yourself. News came out after close of market last night.

There will be pushback on both of these. My worry is if they outlaw nic solutions. Talk about making a black market. WOW !!

There will be pushback on both of these.

Don’t see pushback at all. My question is the patch ( Pfizer) going to be put off the market. What about nicotine pouches? It won’t be pushback. It will be war for big tobacco.

Nicotine patches etc have always been available in Australia but nicotine is not.

In fact I’ve just read some ‘news’ articles that are now saying that the government from my state (Western Australia) are tightening the screws even further and handing out cease and desist notices to businesses saying that it’s illegal to sell any vaping merchandise whatsoever, including nicotine free juice, batteries and battery chargers. Anything that is or could be related to vaping.

It’s all about stopping our students from starting vaping as there has been a substantial rise in the use of disposables in our schools. The fact that they can still buy tobacco products or the inevitable increase in black market activity seems to elude them continually.

Only problem I have is the last head of the FDA retired early from the job to become a board member of Pfizer. That gives two strikes to anything the FDA passes in my book.

Nicotine is also a weed killer

just like concentrates are used in baking. Maybe someday places won’t or can’t market it for human consumption, they can market it as something else. Thank god I have like 20 years worth lol

Yea, there goes potatoes and a ton of other vegetables that produce nicotine as a natural insecticide. Gooberment, the ultimate collection of brain dead morons.

Battery chargers? What about hobbyists who need their batteries to fly their drones and airplanes? That’s completely over the top.

I would think lowering the percentage of nicotine in smokes would just make most people light up more often to get their fix.
Maybe that’s what BT wants

I was thinking the same thing. Lower addiction or increase the number of smokes people will inhale to get the same amount of nic. Who stands to profit from that? Hmm…

I hope they are just intending to lower the pct in commercial cigarettes, making them less addictive.

Yeahhhh, that’s what they’re all about

You’re absolutely right, it is completely over the top and as we all know complete bs and absolutely unnecessary.

In fact as I was driving home from work another ‘expert’ from some research facility was truly laying it on thick saying there’s over 200 known bad chemicals in ejuice vapour that they know about. All they can do is present the evidence and it’s up to the government to act upon it. Also that there’s no proof vaping actually helps smokers quit the deadly habit! No proof!!
I screamed the F word at the radio and turned it off as I just couldn’t listen anymore.

I suppose the obvious route is that vaping businesses will close completely but it should still remain possible to access batteries, chargers,VG,PG and flavours but not from any business,be it on line or B&M, that has any connection whatsoever to the vaping industry.
In other words if an individual was hoping to utalise vaping products to try and quit smoking anytime soon they’d be out of luck. What’s the point of having this ridiculous prescription process for nicotine if you can’t buy any vaping products anyway?

Of course tax laden tobacco products and NRTs will always be available and of course this professor of medical magnificence was pushing for people to go down the route of traditional ways of quitting. The fact that I and a lot of others I’ve spoken to tried that road with zero success already is of little consequence. Just smoke,pay tax and die or smoke,pay tax and buy big pharmaceutical companies products to increase their profit margins and then die.

Sorry I’ve ranted and I didn’t mean to. Apologies for taking this off subject.
Delete if necessary.

Omg, I didn’t even think of that angle!

The only people that will benefit, if you can call smoking a benefit, will be the new initiates.

No apologies needed, you have every right to rant.

I would think lowering the percentage of nicotine in smokes would just make most people light up more often to get their fix.
Maybe that’s what BT wants

That’s exactly it, that’s why a lot of old school vapers were able to quit, freebase doesn’t get readily absorbed and people often ask when they start are they vaping too much? The answer has always been, vape until you feel satisfied, gradually lower. With tobacco getting into the industry (Juul, vuse, blue, etc) Salt Nic was introduced and they added an acid to it to make it faster absorbed, smoother so you can vape more, etc and with people with addictive personalities it’s horrible. Now you see people who’ve come into vaping to quit smoking with salt nic, some just because they heard it was better than smoking and they’re hooked. I’ve asked people at local shops about business since salts. The old vapers either quit altogether or don’t vape nearly as much so less business. But what is really booming is the amount of people getting (once 50mg) 20mg salts and no signs of lowering, whereas before you’d see people, at this store specifically, come in with a pack of smokes and get a free bottle of juice. None of that now.

****Now I don’t know who I was originally quoting but that made sense at the time.