A few weeks ago i have change my Base from 55VG/45PG, to 70VG/30PG.
And i mixed a lot of recipes from ELR, what i have mixed in the past with lower VG.
In a lot of this mixes with now 70% VG it’s like the flavour is muted.
Specially in the mixes whitch contain fruit flavours. This Was not bevor, when i was mixing with lower VG!
So can a 70/30 Base mute some flavours in my mixes? 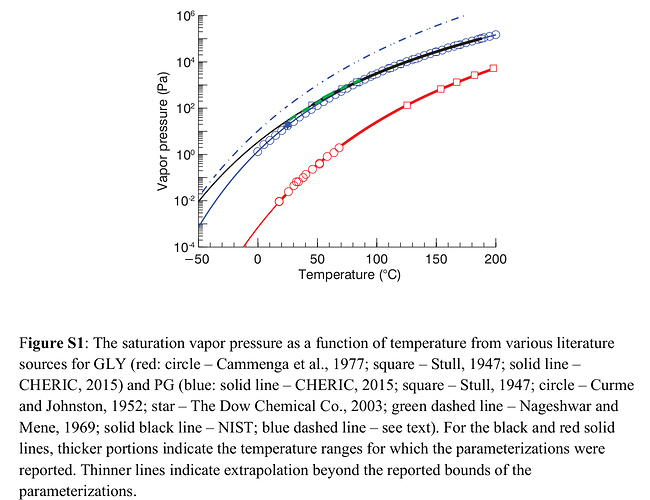 With higher concentrations of Nic, relative proportions of PG and VG affect flavor:

(Nature, 2017):
“Nicotine delivery from the refill liquid to the aerosol
via high-power e-cigarette device”

With out all the bloviating BS, yes in a “sense”, flavors are muted a bit the higher the VG in the ratio because PG is a much better carrier/transmitter of flavoring.

Don’t ever ask @Raven-Knightly what time it is because he will happily tell you how to build a clock.

In my experience I found mixing with higher VG ratios the flavors will still come through, it just takes a little longer. The steeping time needs to be increased. If you normally steep fruits for 1-2 days at 55/45 then give them 4-5 days with 70/30.
And if you’re one of those shake & vapers then all of this will be a moot point.

No iam not shake & vaper Tontured, iam mixing my own juice. In the past i have also mixed some recipes of yours.

You are right with “Raven-Knightly”, i was surprised …

Don’t ever ask @Raven-Knightly what time it is because he will happily tell you how to build a clock.

You forgot to mention that free clock cleanings can also be included, upon request.