It all started with a Smok Alien

I got an Alien kit years ago at a vape shop. I remember staring at all the colors and the Blue and Red one stood out over all the rest. It was calling to me so I got it.

I’ve bought just about every other Blue mod with red accents I’ve ever seen since then. This year I had an idea. Hey, why not create my own? They’re just cheap Smok mods, if I broke it then no big loss. I haven’t broken any and it’s been fun to collect them and modify them to get the outside appearance I want.

The mod that started it all for me- 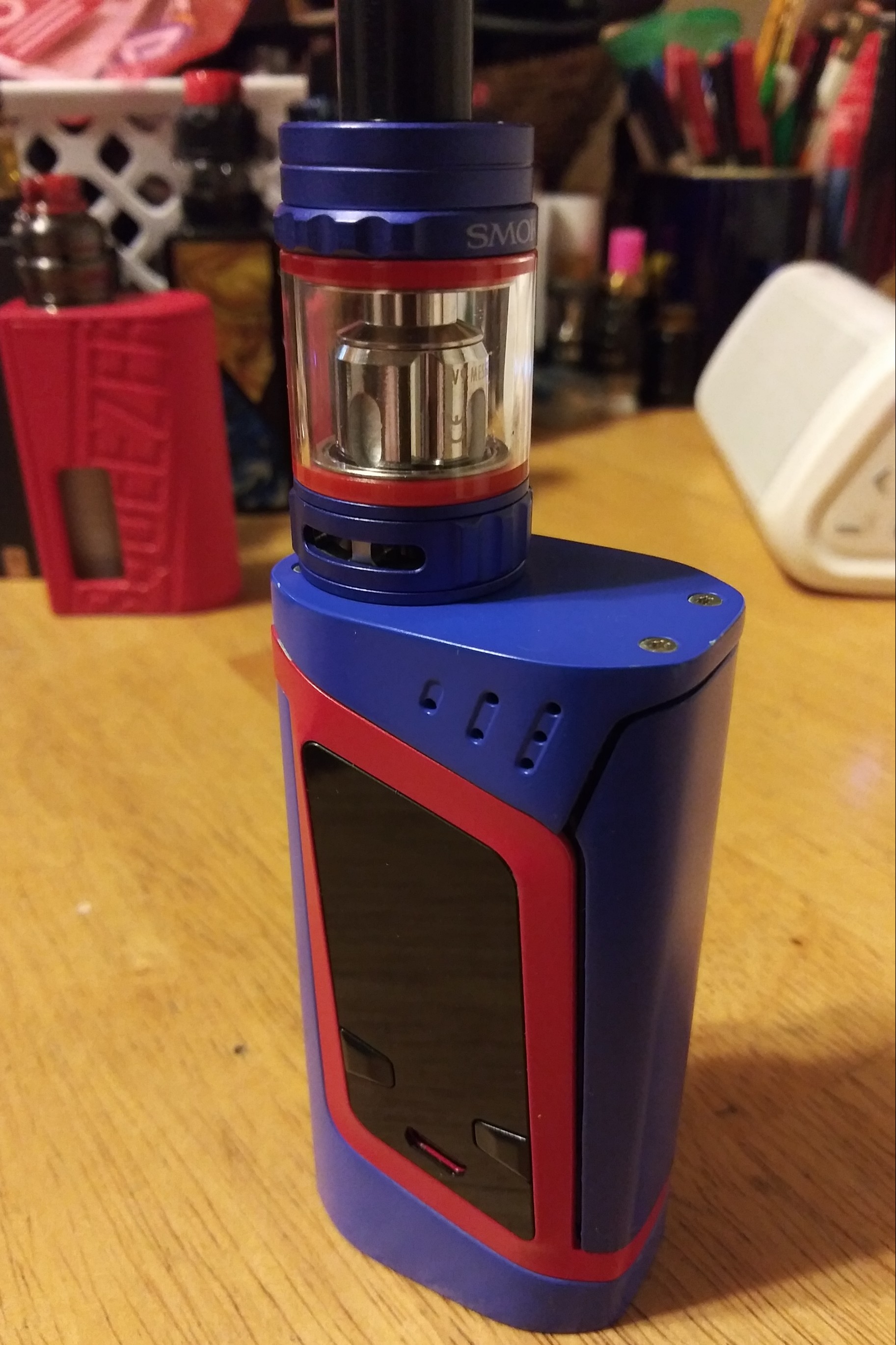 Well not the actual one, it’s my second with a TFV9 Mini. The first one served me well for almost 3 years and died valiantly.

I haven’t rounded the rest up for a group photo yet, but here’s a few I’ve worked on- 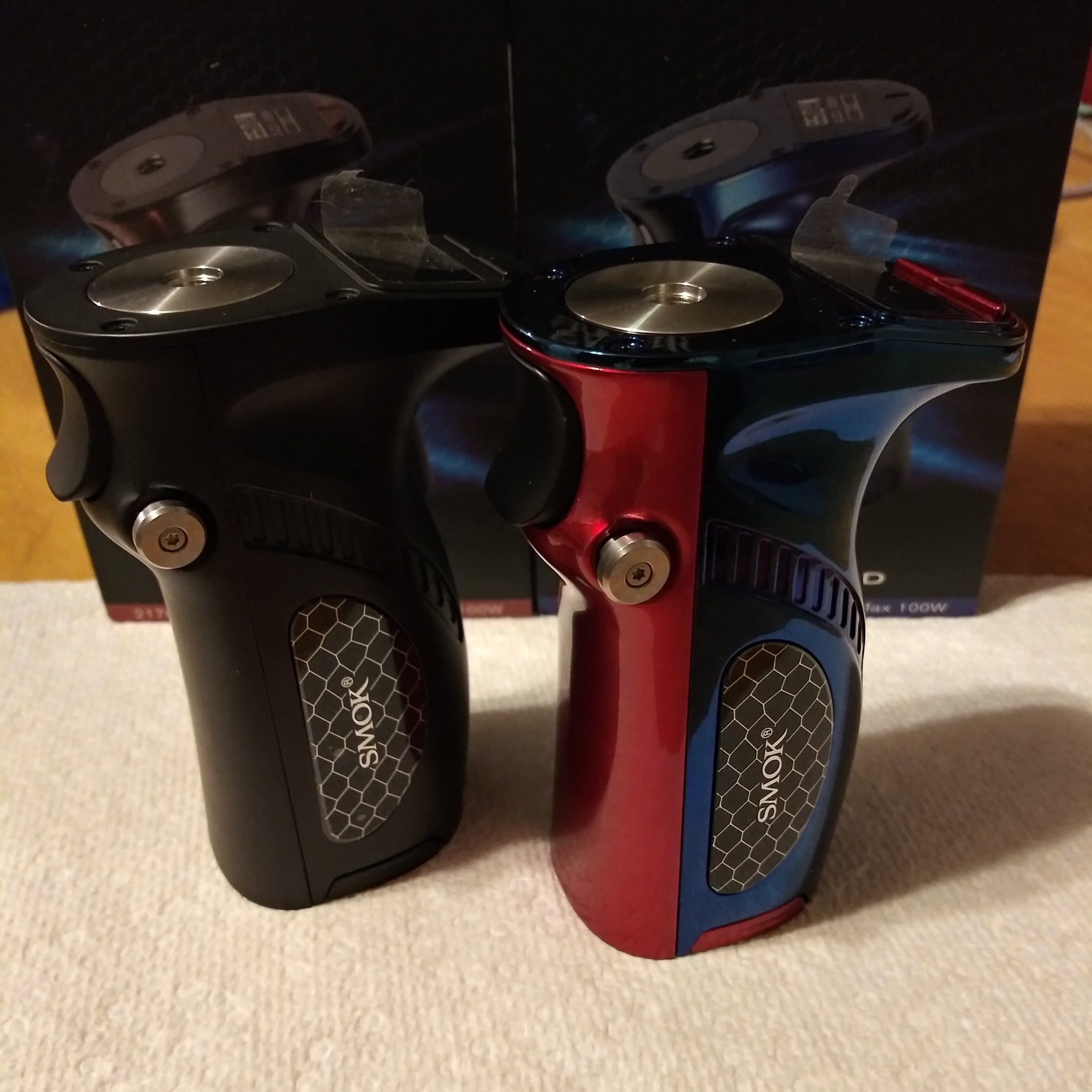 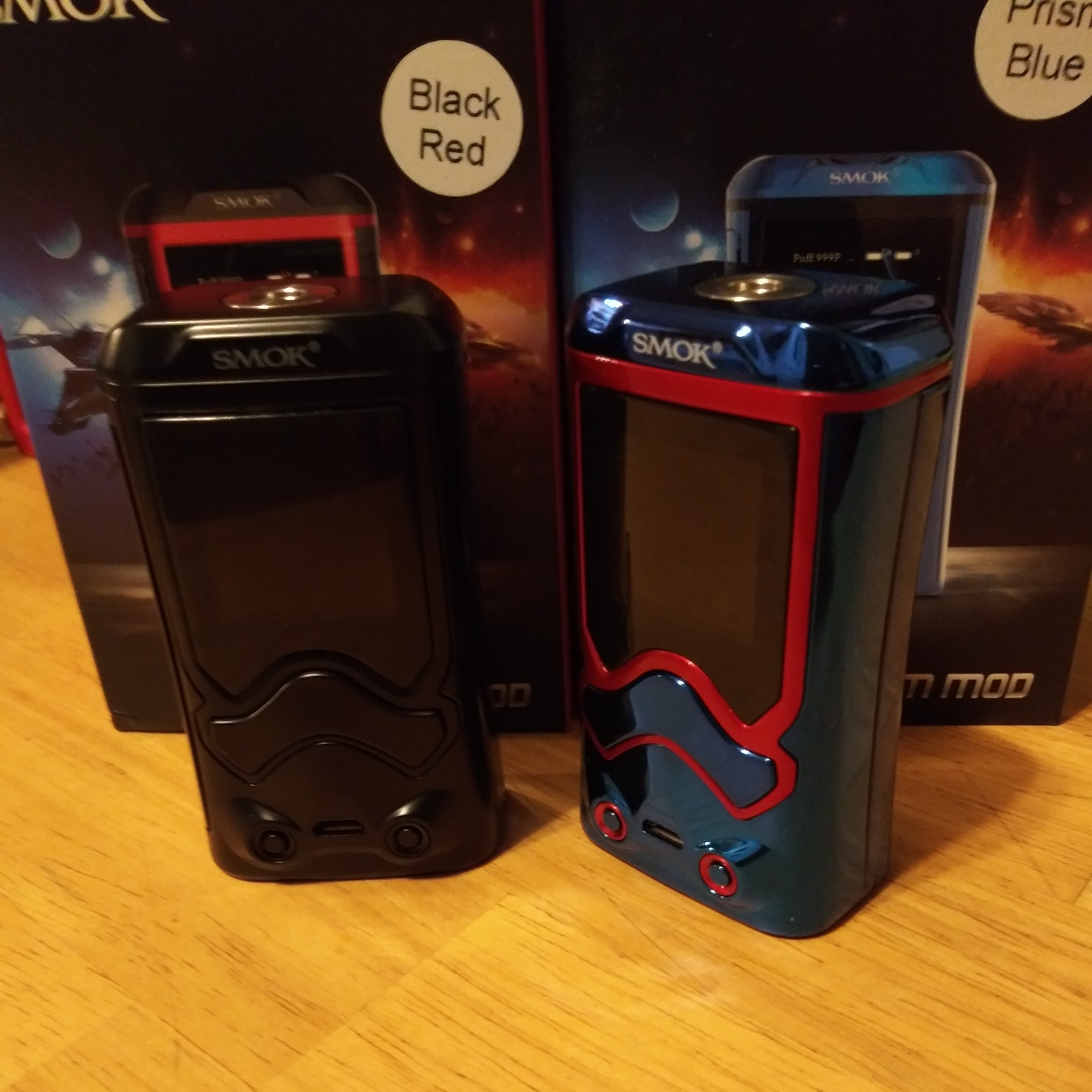 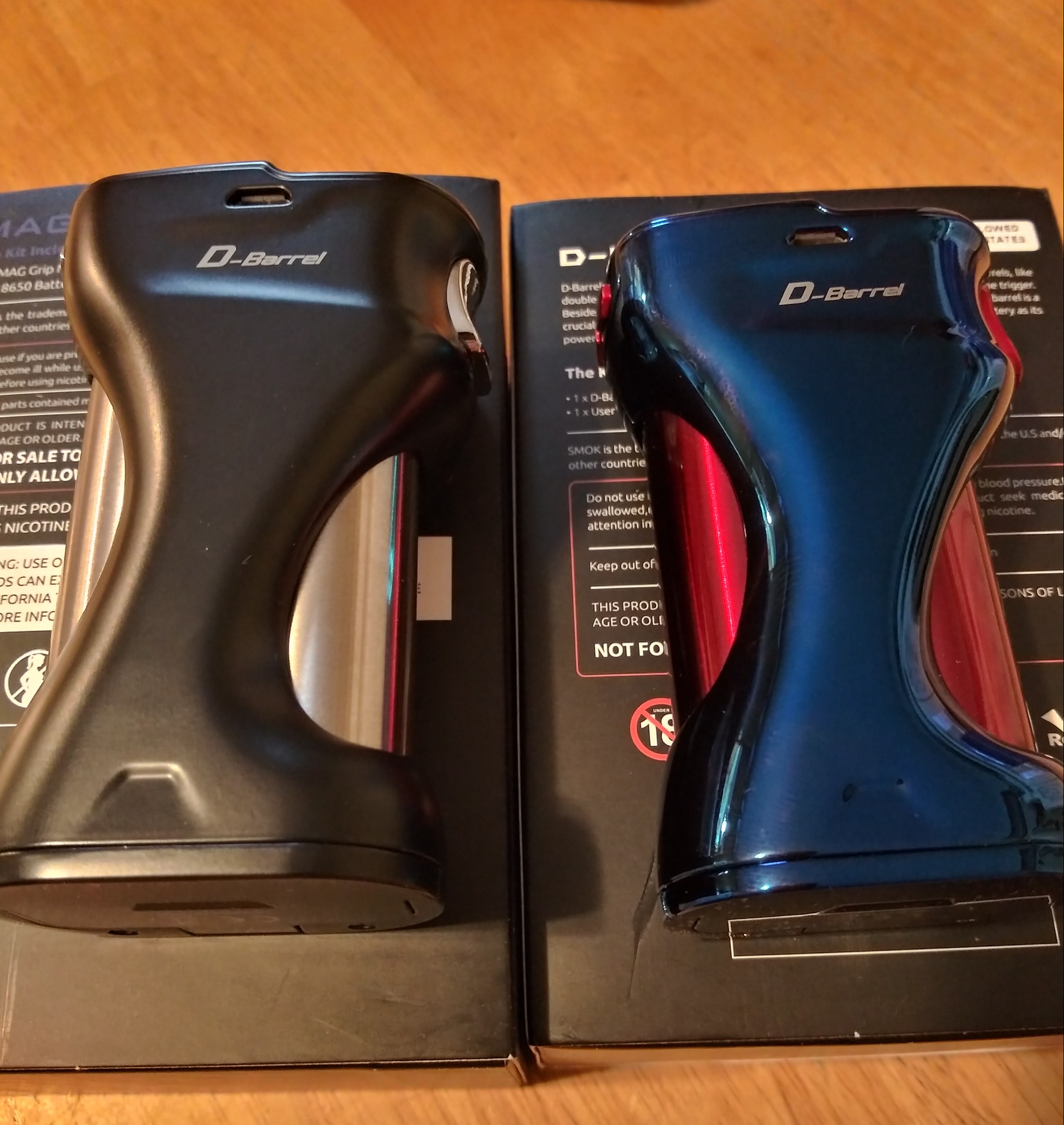 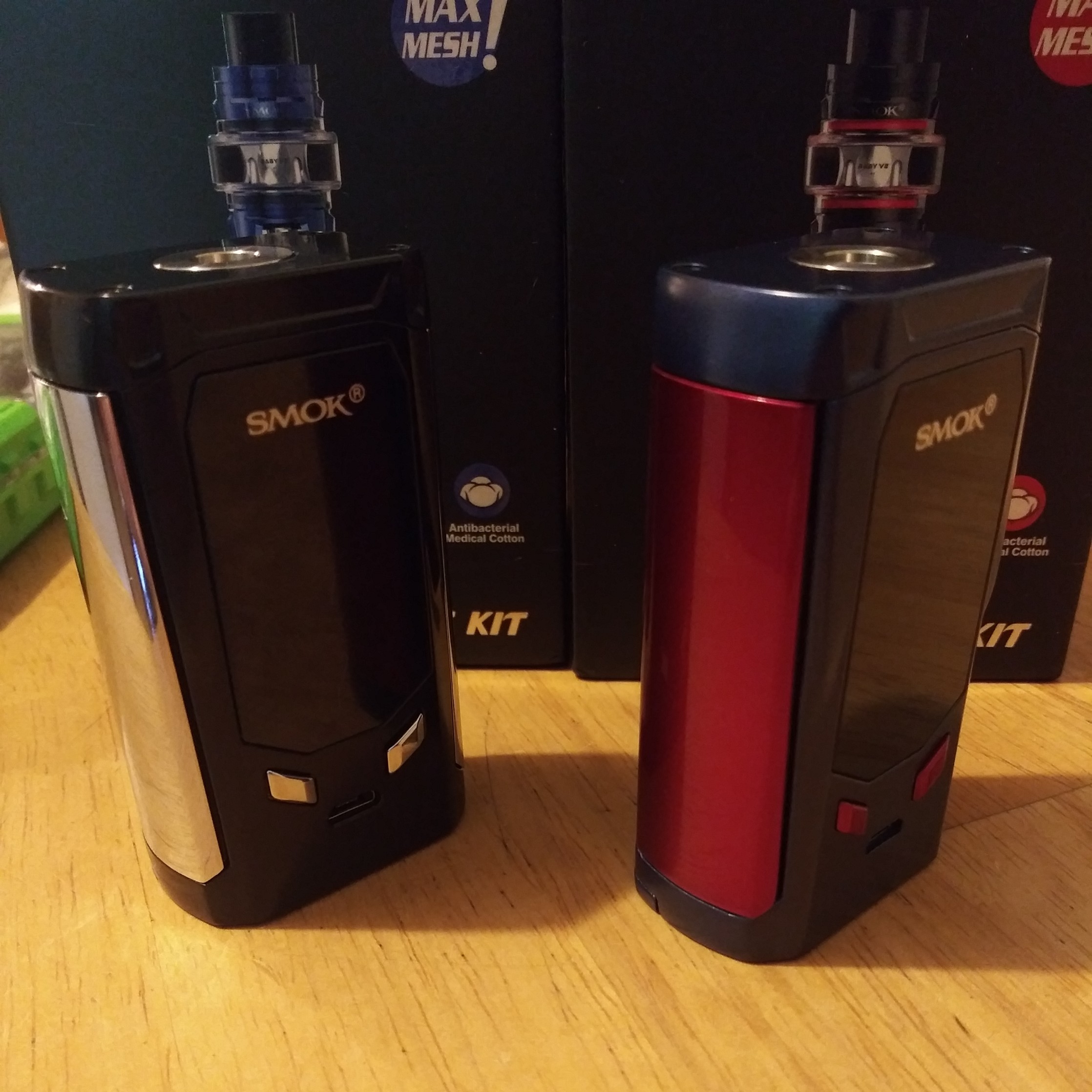 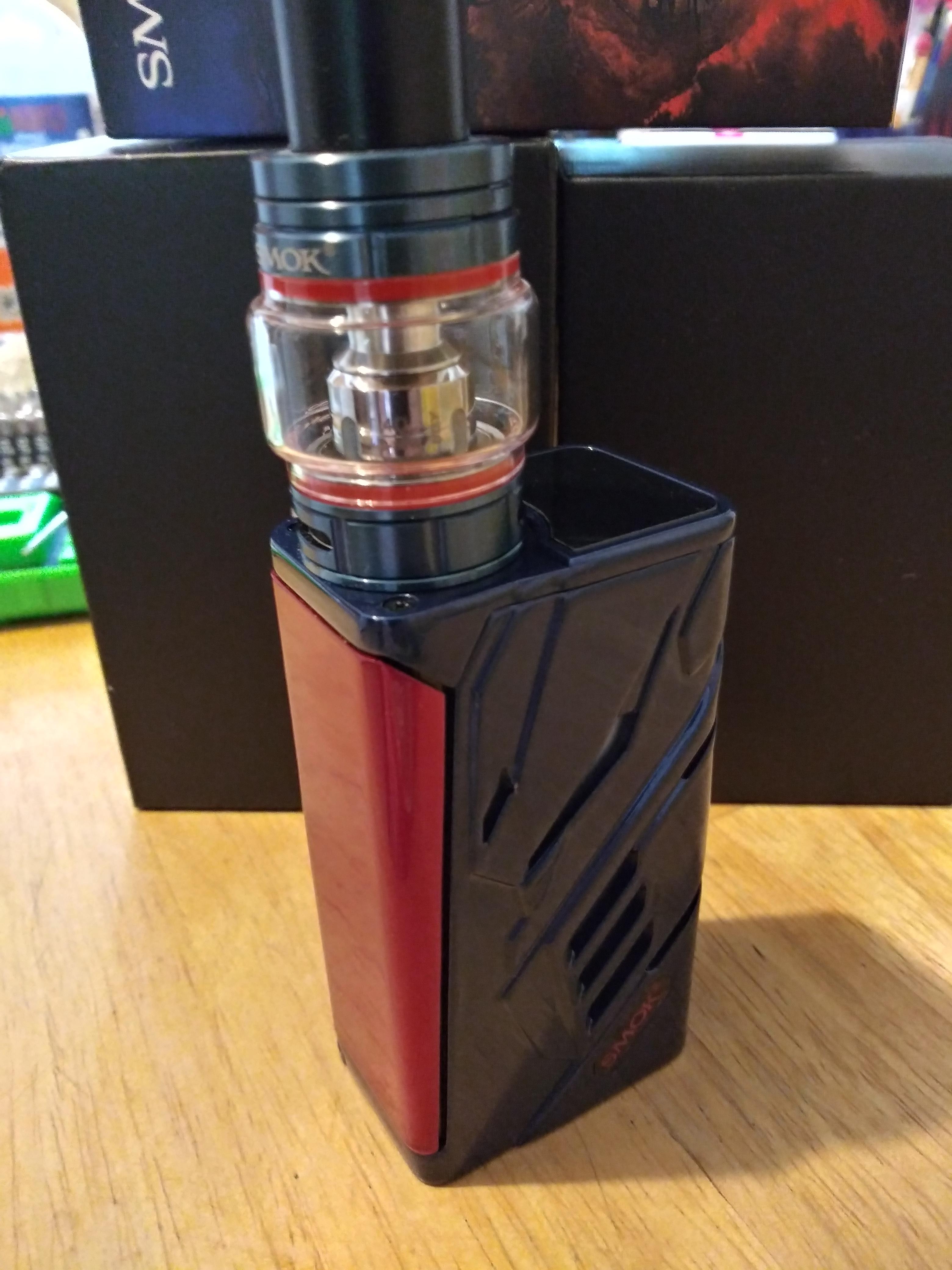 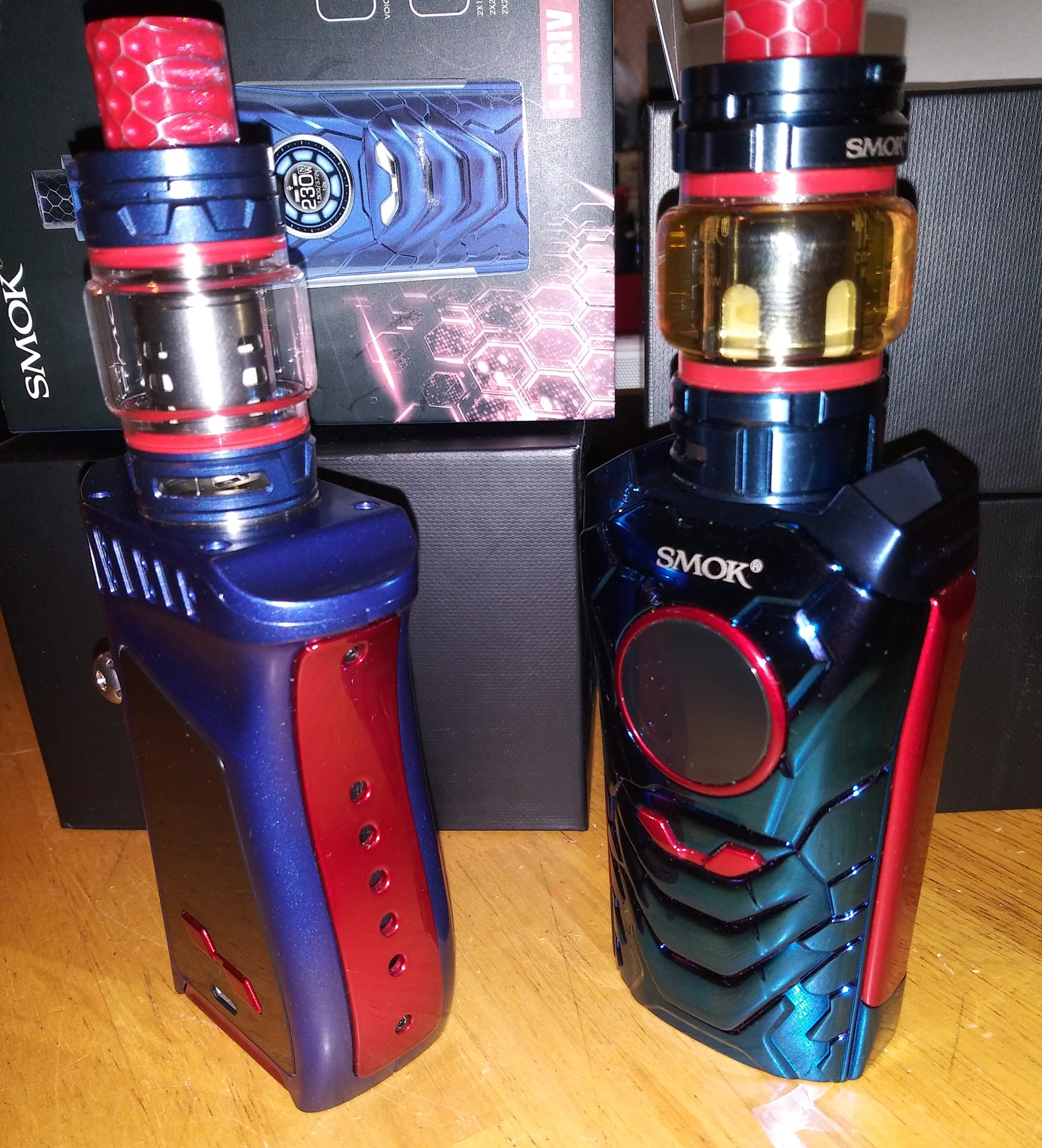 Have you ever thought to do something like this or am I crazy? I also like Blue tanks with red o rings and have a bunch of those.

GREAT pics @INOIROC, admittedly it does remind me of Spiderman.

does remind me of Spiderman.

Oh yeah… I get that too.

@INOIROC, did you paint them or mix and match different coloured mods? Was thinking of painting a mod but not sure what paint would last well.

No painting. They like to do Black/Red for mods. I take the red pieces off of the black and and trade whatever’s on the Blue mods. It’s usually black or silver. In most of the side by side pics above, the black ones wind up with whatever the blue’s secondary colors were. Like the all black Mag Grip and T-Storm mods above, they don’t make those. They’re a byproduct. Same goes for the Black/Silver D-Barrel and R-Kiss.

In the T-Storm photo, the boxes are right behind the actual mods. You can kind of see the way they came. I think Blue with Black is kind of boring. Blue looks better with a little Red IMO.

@INOIROC Not crazy at all. Its creative and very cool IMO. My first was a Predator

I was Vaping a few years before the Predator but I made my own battery box mods using off-the-shelf battery box and hacked cig-a-likes. I used cartieges for awhile until I found an adapter that allowed me to screw on a 510 tank. Aspire tanks for a couple of years.

The vape shop people would snicker and try not to laugh at me😂. I was intrigued by the idea of Temperature Control and a co-worker gave me his Predator. That worked great for awhile but the switch eventually gave out. The paint is all scratched and flaked. It is solid black.

I’m always taking stuff apart to look inside. A lot of the time I don’t know what Im looking at lol. I thought some of those mods were impossible to take apart. I kept at it and eventually got a lot of them done. The T-Storm and D-Barrel were the hardest. The T-Priv was a piece of cake. I’m running out of models to do it to. It’s near impossible to find a blue A-Priv these days. If I find one, that might be my next project.