Juul, e-cigarette popular among teens, being investigated by FDA 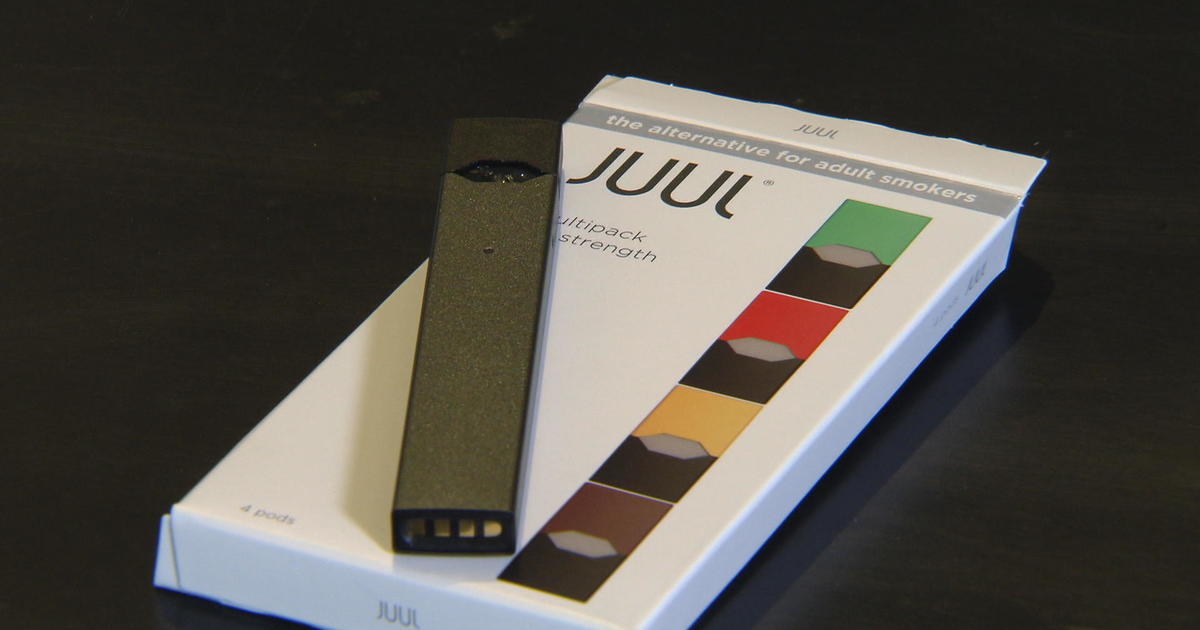 Juul, e-cigarette popular among teens, being investigated by FDA

Agency is looking into marketing strategies, impact of Juul​, which is estimated to have 72 percent of the e-cigarette market

That’s a good read. Isn’t juul a “big tobacco” vaping device? If so, I find it ironic that there is controversy regarding it.

If these kids dont pick up a juul wont they pick up a cigarette or something even worse ? Not a lot of common sense in america these days.

They were involved with a Japanese tobacco company but then it spun off as a separate company. I’m not sure about any involvement now.

PAX Labs (formerly Ploom) is an American electronic cigarette company founded in 2007 that markets the PAX vaporizers. The company developed the JUUL (pronounced jewel) e-cigarette; JUUL was spun out as a separate company in 2017. The company was founded by James Monsees and Adam Bowen in 2007 under the name Ploom. As of 2015[update] it has distribution in the United States and Canada and has received $46.7 million in "series C" funding from various sources. In August 2016, Tyler Goldman became...

Don’t think so. It used to be Pax Labs (Ploom) they put the money in it and they spinned it off as JUUL.

They refused some hefty offers from Big Tobacco, but they have well over 200m$ turnover now and 32% of the market… and that was at the end of last year…

“which is estimated 72% of the e-cigarette market”

JUUL is YUGE in the US market. This is the real reason it is being targeted.

Oh, and of course this is retribution for not selling off to BT.

Most interesting for sure. Will it be another guberment twisted mess or maybe, possibly, something productive? My crystal ball is down for maintenance. It will be interesting to see the results.

I wonder how things would have gone if BT bought JUUL. Maybe the anti-vape brigade would be a little quieter if BT was making the money. Eventually they will have to accept that this is a viable alternative to smoking. More studies keep coming out in support of vaping and its’ effectiveness as a cessation tool. I figure maybe this is a play by BT to regulate and sue JUUL into oblivion so they can swoop in and buy them out cheap, then announce magically that the results are in, and vaping really is OK after all! And since you’re going to switch, you may as well switch to OUR lovely JUUL devices! Available via prescription, of course…

Juul appears to be a Silicon Valley Start up 3 years ago. I doubt they truly have 72% of the vape market. It could be 72% of the cigilike market. However Teenagers will get whatever they want.

It is sad that the whole community will be blamed for some stupid ass kids that thinks its cool. In the modern age access is so readily available.

Changing the smoking age to 21 won’t help at all. it would just make it seem more important to them, because then they are doing something they are not allowed to do.

This is getting ridiculous. I mean, more ridiculous! It’s been regular ridiculous for some time now. E-cigarettes, especially Juul, may be doing something odd to kids

Doctors fear e-cigarettes are delivering far too much nicotine to teenagers.