I got two bottles of LA Butter Rum but they are not alcohol based but oil-based- and are super concentrates. I use them for cooking but was wondering are they ok for vaping? I know people use the alcohol-based LA Butter Rum and but suspect these are solely for cooking 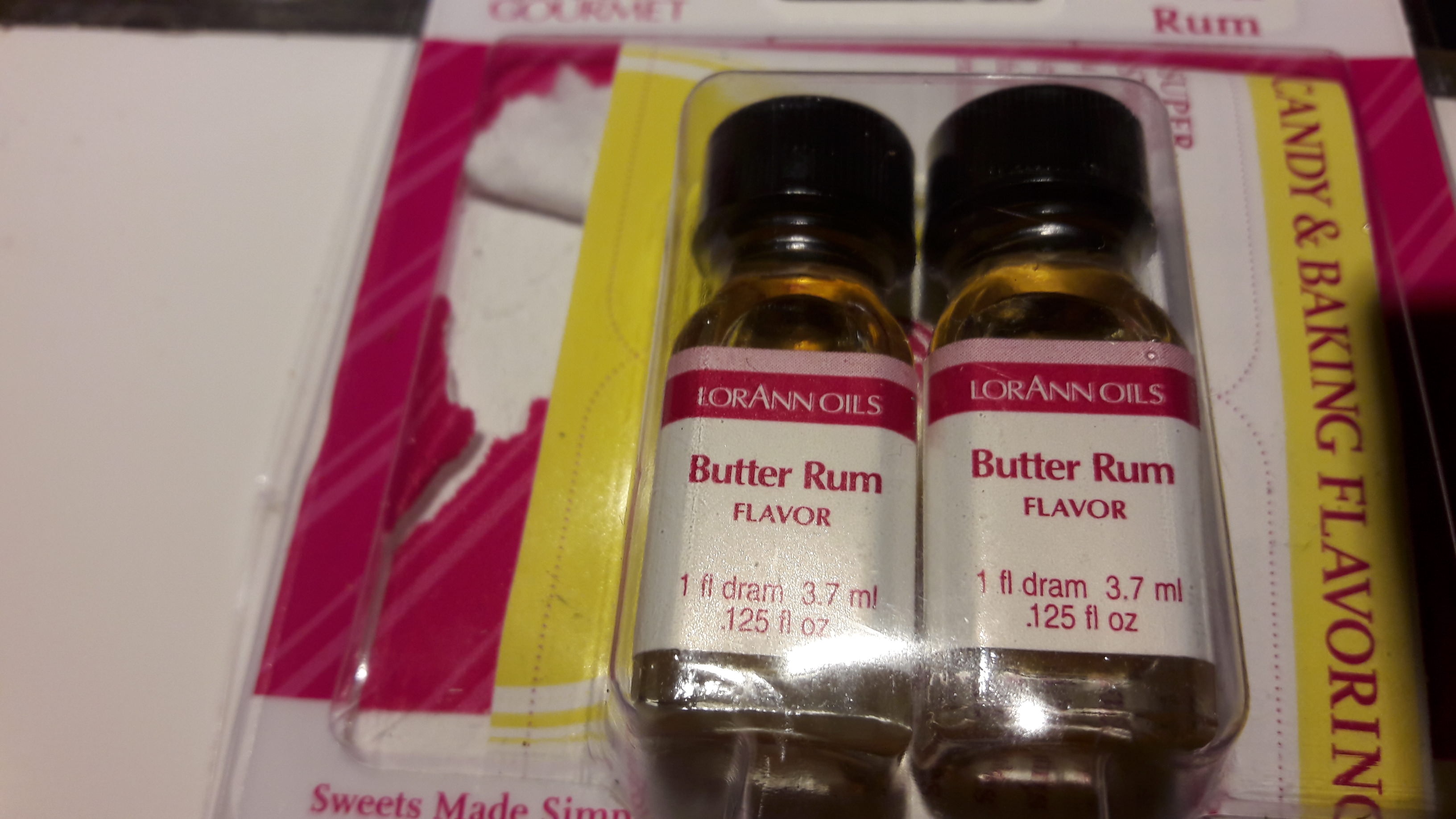 Im not aware of them having two versions of it.

As far as I can find, Lorann only makes one butter rum and its water soluble, so you’re good to go!
http://www.lorannoils.com/butter-rum-flavor-0190-larger

You’re an absolute saviour. Thanks so much. Since it’s a super- concentrate, I don’t have a clue what percentage it should be used at to enhance a Butterscotch.

Let it cure for a good while so the alcohol can evap out of it a bit, leave some room at the top of the bottle for this to happen. Also in my Butter Rum recipe on the recipe side, that there is pretty old at this point. If i mix it these days i drop the butter rum to 4%, i dont think i would go much higher than that if vaping at higher power.

I personally like it at 1% or less, its a very strong flavor to me.
For enhancing butterscotch I’d probably start between .2-.5%.

Ill give that a go next time, it certainly smells like some paint thinner.

This color coded "2013 Lorann Oils Vaping Spreadsheet" will help you determine the best Lorann flavors for vaping and ejuice mixes. It shows which flavors have artificial colors, triglycerides and more.

Was thinking about using it in this recipe

Its a good one, i sub Vanilla Ice Cream (LB) for the FW VBIC. Very tasty mix with a month curing.

Thanks so much for your advice. I’m still learning the ropes so it makes a huge difference having people like yourself around. I was using FW Butter Rum at 2% in a cookie recipe but it muted everything and couldn’t taste it at all.

Will keep you posted.

what percentage LB would you recommend ? 5% as it’s quite weak maybe?

Would you add FW Butterscotch or FLV Buttersctch to it?

I would sub it at the same %, i generally only use LB VIC at higher %s when i am making an ice cream vape. At lower %s it is a wonderful vanilla cream and in this mix the ice cream isnt the main attraction. As for the rest of it i would leave it as it is if you want to taste it in its near original form but if you want to play with other flavorings go right ahead, some of my best discoveries came about when subbing flavorings.

Looks good to go!
1% and bottle opened for 12 hours to evaporate the alcohol.

Thanks a mill Ken. The recipe is so good as it is so will just maybe add 0.2% LA Butter Rum ( as Mama said) since it’s a super concentrate.

The recipe is so good as it is so will just maybe add 0.2% LA Butter Rum

Thats the spirit! Even when you fail at a mix you learn a little something so dont be afraid to try.

Just saw your post. Thanks Frank. Will do just that. Just wondering though, will leaving the top off evaporate all the alcohol in the bottle and make it unusable again?

Just want to say thanks to everyone for their generous help.

He is speaking of the finished mix. While some people do this i do not. VG is pretty good desiccant so it will adsorb some moisture from the air and leaving the cap off will also let some of the good stuff escape too. It will allow you to vape a mix a bit quicker but since it is loaded with cream and custard it has to set a month anyway. Buy then much of the alcohol escape when you open the bottle.

12 hours at most! The only problem is that beyond alcohol it evaporates some of the most volatile parts of the flavour.
But when the flavours have alcohol in it it’s the best way to go, in time you’d have lost it anyway…