Thank you for taking the time to view my review on the Laisimo Warriors dual 20700 mod. This was provided directly from Laisimo for the purpose of this review, more info can be found here: http://www.laisimo.com/goods-63.html

Edit 12-4-2017: Laisimo responded that they have changed the look. They no longer have the black top and bottom as shown in the pics of the review sample I used. The top and bottom are now the same color as the body which I personally feel give it a classier look.

There is a lot to get into so if you would like to save some time I go over most of the major points in my Pros and Cons as well as conclusion. In most mod reviews I disassemble the mod to take a look at the internals, the same was done here to show the 510 connection. 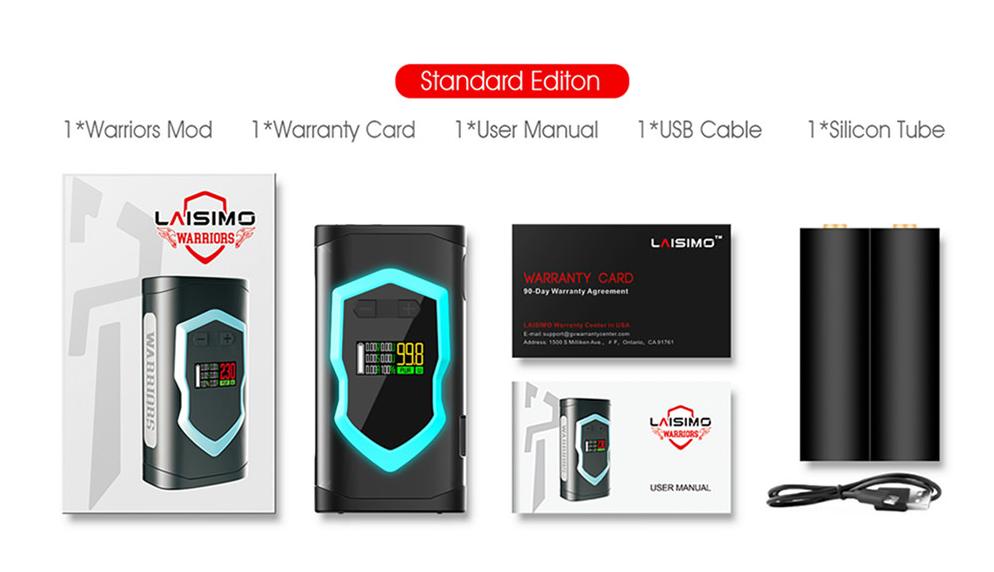 That pretty much covers it, the silicone tube is a 18650 adapter in case you don’t have any 20700 batteries which are not included.

Right out of the box the finish on the copper is really nice, wasn’t crazy about the LED bezel around the screen though. I know there are a lot of mods coming out with LED lights and if that’s your thing then you might like this but it’s my thing, luckily the lights can be always off which is how I used it.

I have to admit that I wasn’t expecting the black to and bottom based on the pics from Laisimo’s website I posted a pic of above. If it was all copper top and bottom that would have looked a lot nicer in my opinion but it doesn’t look so bad with a copper topper with a black drip tip. 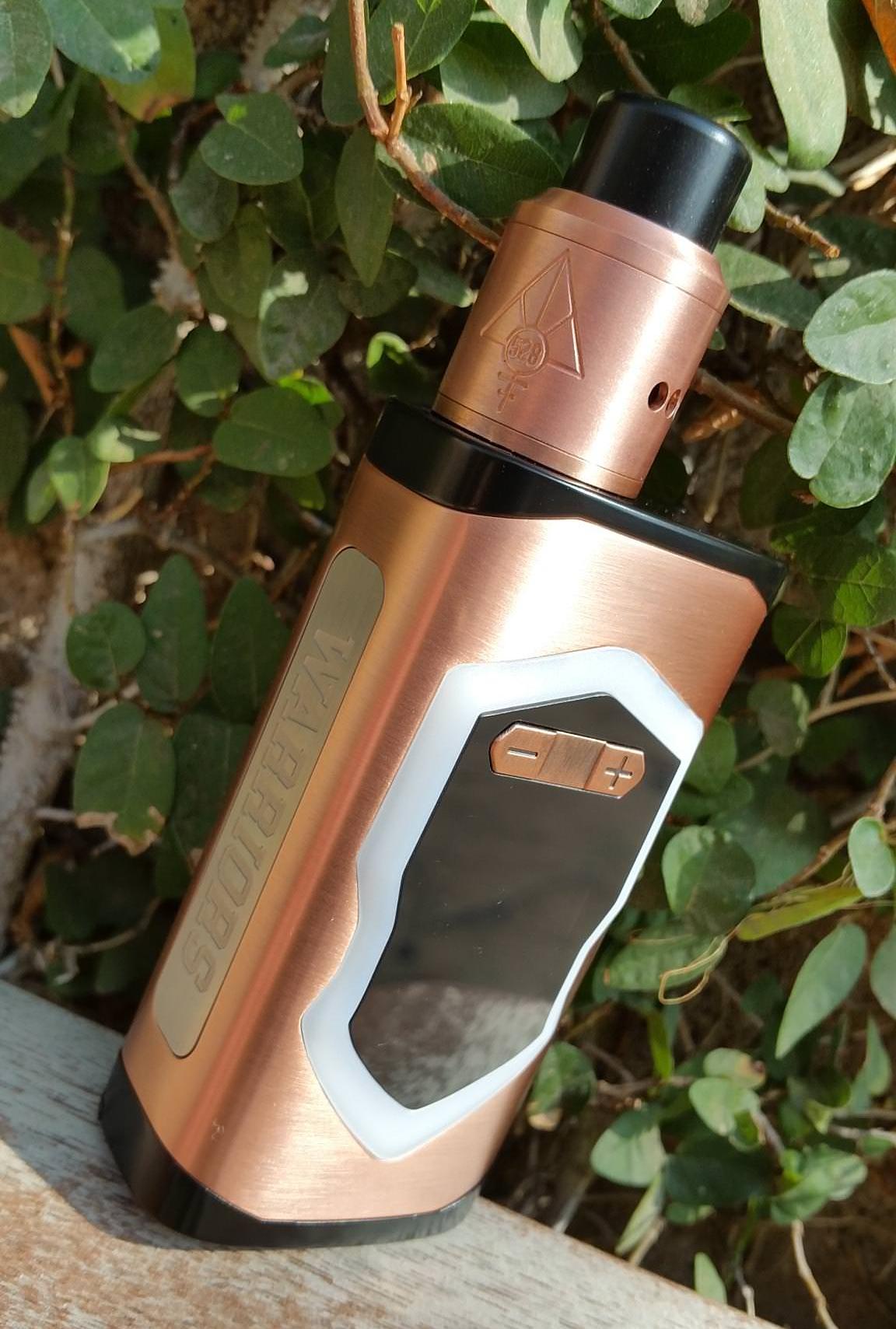 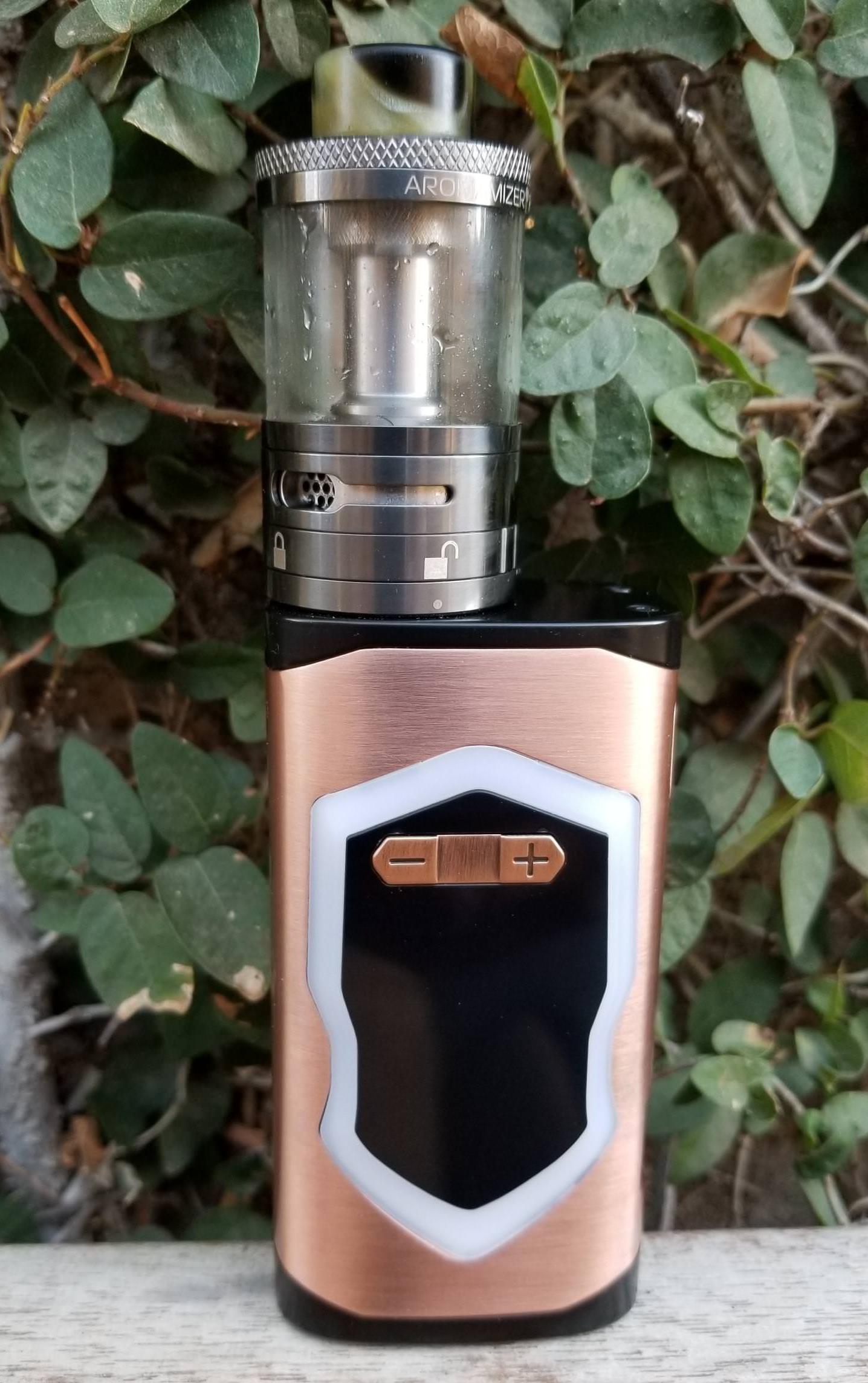 Now as you might see in the pic above the tank does not sit flush, the reason for this is the 510 is slightly raised. 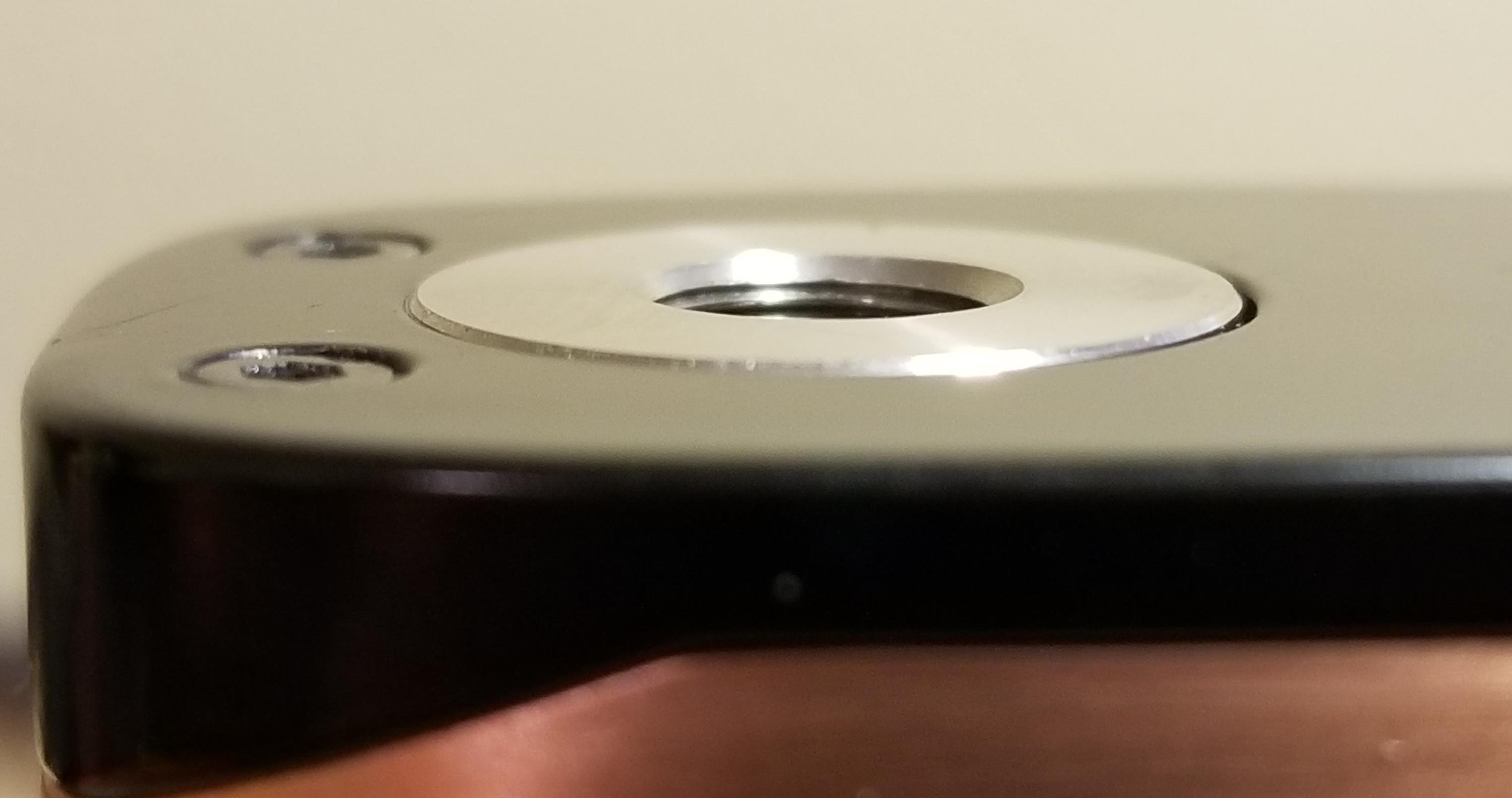 It is a good thing if you don’t want tank rash on the top of your mod but bad thing if a tank that does not sit flush takes your OCD to hyper drive. I personally hate tank rash on top of my mods and use mod guards to save myself the horror of seeing the missing paint that drives me nuts. For me the slight gap is much better than any circular paint removed but up to you to decide.

The battery door is well done although there is some play when open to instal or remove batteries. Not once in my month of using the Warriors has the battery door come close to opening on it’s own, real noce job on that.

There is some button rattle from both the power and up/down buttons when you shake shake shake. In normal use they have been fine for me, nice and clicky with a solid feel.

Standard power mode, no variable wattage curve or super slope wattage mofo modes here but they do include a preheat which is engaged by pressing the + and fire button at the same time for 3 seconds. This is not a percentage based preheat like some other mods, here you set the watts and the time the mod fires at that setting. For example if you want to vape at 50 watts but are using a big coil that takes awhile to heat up you can set the first second to fire at 75 watts then drop down to 50. You would just need to be careful if you are using a high wattage tank and have your preheat set to 150 watts. If you then switch tanks to a low powered tank which only needs 40 watts you will need to go back into the preheat settings and adjust. You can also just forget about it and set the time on the preheat to it’s lowest setting, 0.10 seconds which essentially will disable it.

I tested power versus a Lost Vape Triade DNA250 and everything seemed pretty close until I got to about 175 to 200 watts, there the DNA250 seemed to give me a little more throat hit which I am thinking was the Warrior running out of gas a little. Fresh batteries in both, the DNA250 with 3 Sony VTC5A 18650 and the Warriors with iJoy 20700. I could see the battery sag on the fire bar of the Warrior so I decided to try a fresh set of Sony VTC5A 18650 batteries in it as well. The battery sag with the Sony VTC5A was nil on the Warriors although I still preferred the DNA250 but now it was closer and both were so fricking hot I doubt many would notice the difference. Didn’t try 230 as my throat could not take anymore. I would not say the Warriors is DNA accurate but it is good.

Here I got varying results based on my build. With a standard single core SS316L clapton or just a straight wire the TC was good but varied, I didn’t always get consistent results with the ohms locked and unlocked. It wasn’t choppy but sometimes just right and other times a little hot.

With more complex SS316L builds like multi stand fused claptons or aliens the TC performance was more erratic. Sometimes it was good but never great and I began to run into a “The atomizer does not match” warning and the vape would stop. The warning came with the resistance locked and unlocked but the same build would work fine with my other mods in TC. On one particular build using advanced vape supplies triple core fused claptons I did not get the warning but the temp was off by 20 to 25f on the cold side.

I did try the TCR function as well but it varied so much I could not get consistent TC vape, sometimes it was good and other times I had to make adjustments using the same tank and build.

Based on my inconsistent results I would not recommend the Warriors for TC vapers, I found myself reverting back to power mode most of the time.

A lot of times varying results with TC are due to a bad 510 connection so I popped the top to take a look.

Now I have to say the Warriors read the resistance just about spot on when comparing to other mods and a coil master 521 tab.

I don’t know if the spring placement could be the culprit of inconsistent TC performance I got, not sure how it could be. After a month of use the spring it still nice and firm.

If you look closely on my pics you will see some juice as well on the rubber washers on the 510. No juice made it’s way into the mod, could be accumulated condensation but I thought it should be noted.

Size comparisons vs other 20700 mods

Since I own both the iJoy Captain and Genie dual 20700 mods I thought a size comparison may come in handy. 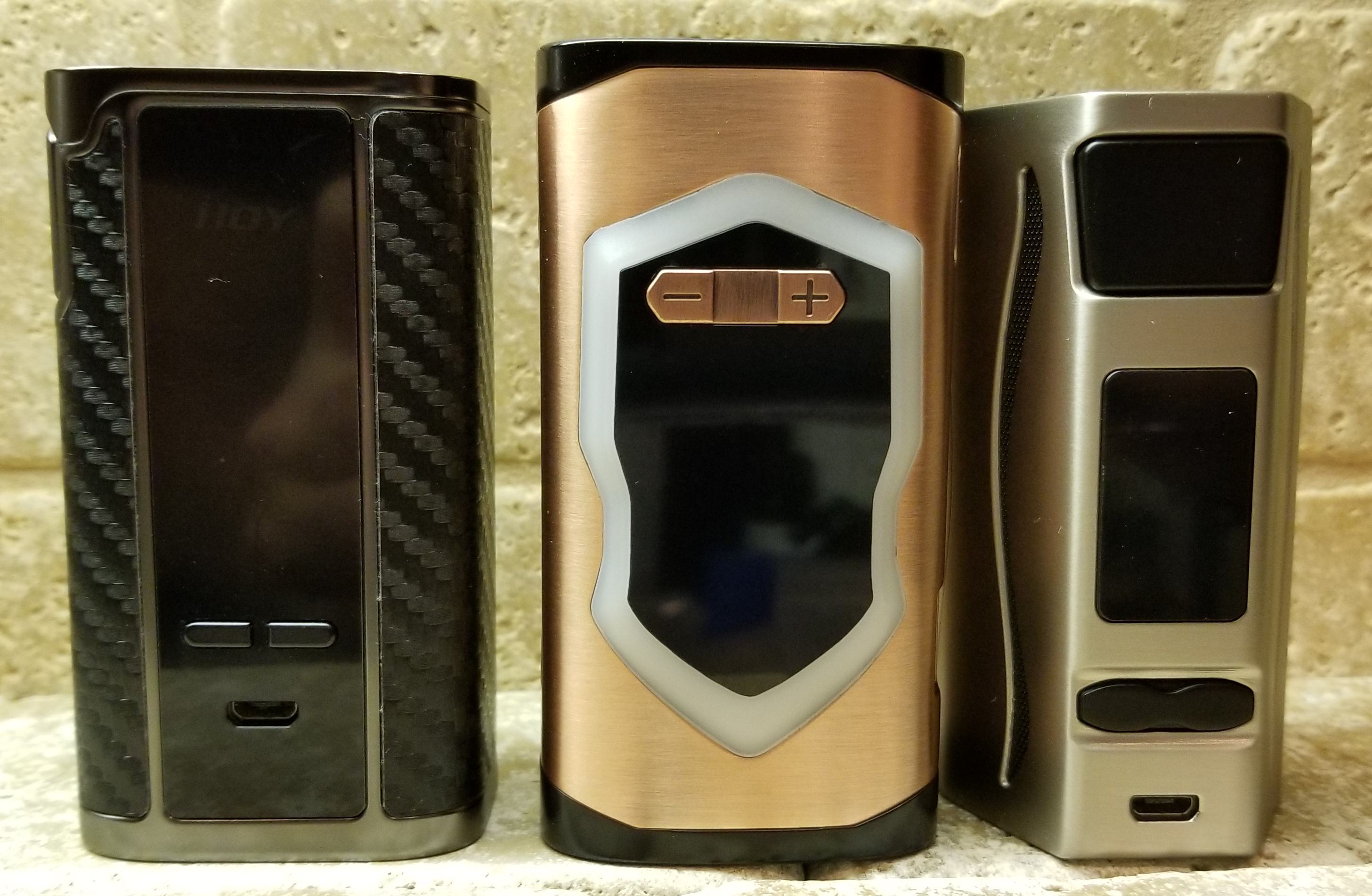 The width is the same as the Captain, the Genie is much wider 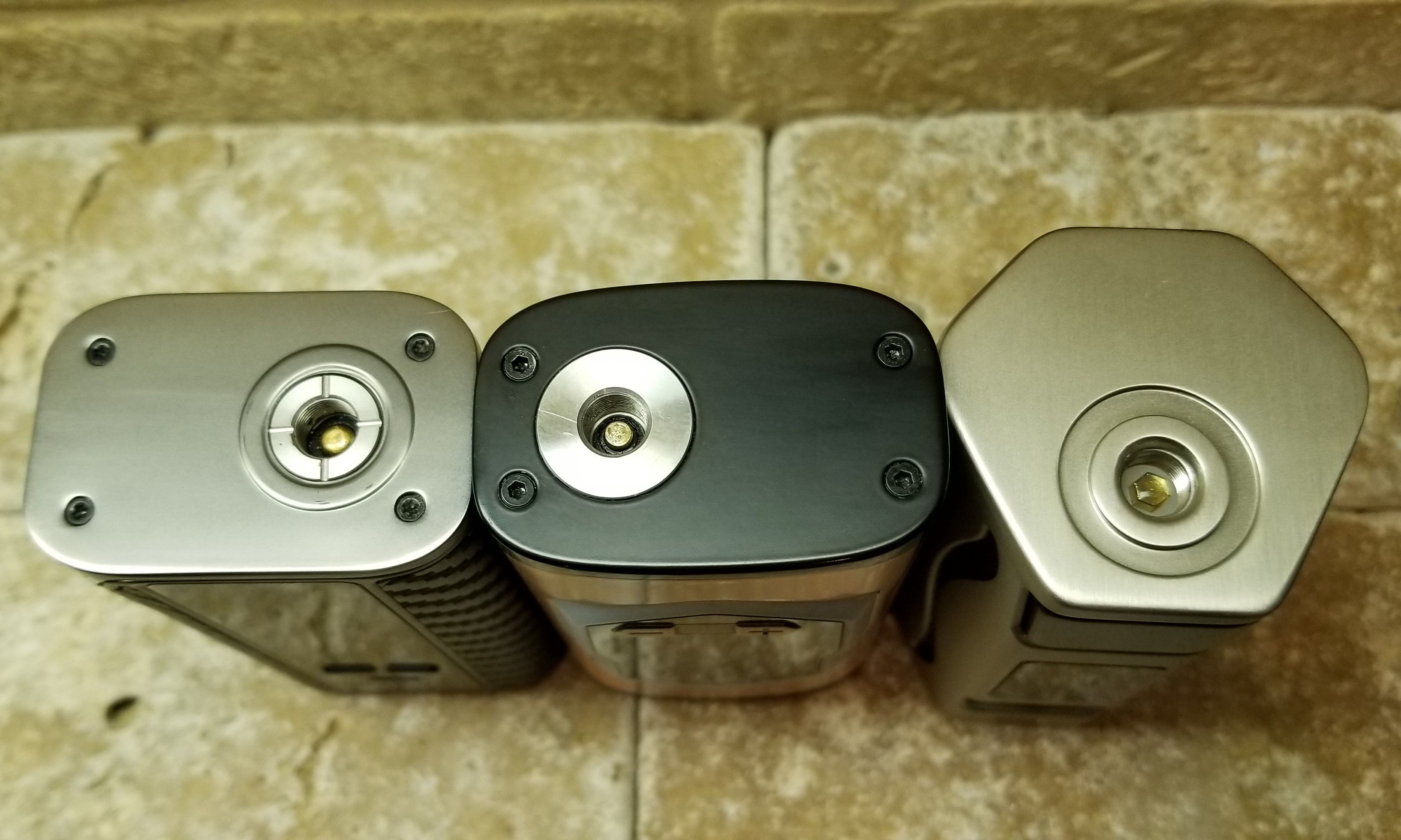 Both the Warrior and Captain hold 30mm tanks with no overhang, the Genie does not, it has about 1mm overhang on the front.

The Captain I have not used in more than a month and the Genie I just got and have not even gone through a set of batteries yet. The Captain I never felt was a great mod but not terrible either, I got one of the later models where they fixed the 510 issue. The Genie irks me as before it’s release it was advertised as accommodating 30mm tanks, only 28mm tanks with fit without overhang.
The Captain feels a little more comfortable in the hand, not a huge difference compared to the Warriors but the carbon fiber adds to a little more comfort. The Genie is the least comfortable which was the opposite of what I would have thought, it just feels bulky.

No puff counter so I can only go on my experience during a month of use. I would not say battery life was wow using dual 20700’s but I could go a full day at moderate watts. Battery life was decent as well with a pair of Sony VTC5A batteries using the supplied adapter.

When I got the battery warning I removed both batteries and measured 3.21 and 3.24V on both 20700 batteries. This was while I was using the mod at 65 watts, if high wattage vaping I am sure the cutoff would have been higher due to battery sag.

Onboard charging via USB although Laisimo warns to not use the mod while charging. I don’t need no stinking rules so I took a vape while it was charging and it worked, passthrough charging but I would advise against it and charge your batteries with a good quality external charger. I have to say that the charging seemed pretty slow using a 2A wall wart, the manual specifies using a 5V/2.5A charger but I don’t seem to have one of those.

If your a power mode user (which is the vast majority of vapers) and your looking for a dual 20700 mod then the Laisimo Warriors mod will serve you well. Is it the most accurate wattage mod…No but then again you will have to spend significantly more than the $50 to $65 prices I have seen for the Warriors.

For TC users I would look elsewhere, the performance I got was too inconsistent to recommend for TC. Please note that I received a pre-production unit and some Laisimo mods I have are some of the best budget TC mods I have tested. I am hoping Laisimo made changes to the TC prior to release, they do have the know how to do a proper TC mod.

Thanks again to Laisimo for sending the Warriors for review, you can find more info at there website: http://www.laisimo.com/goods-63.html

If you want to see how the Laisimo Warriors stacks up against other mods jump on over to http://www.steampugs.co.uk/1 where you can also meet our ever growing crew of excellent reviewers.

Here are some pics with different tanks 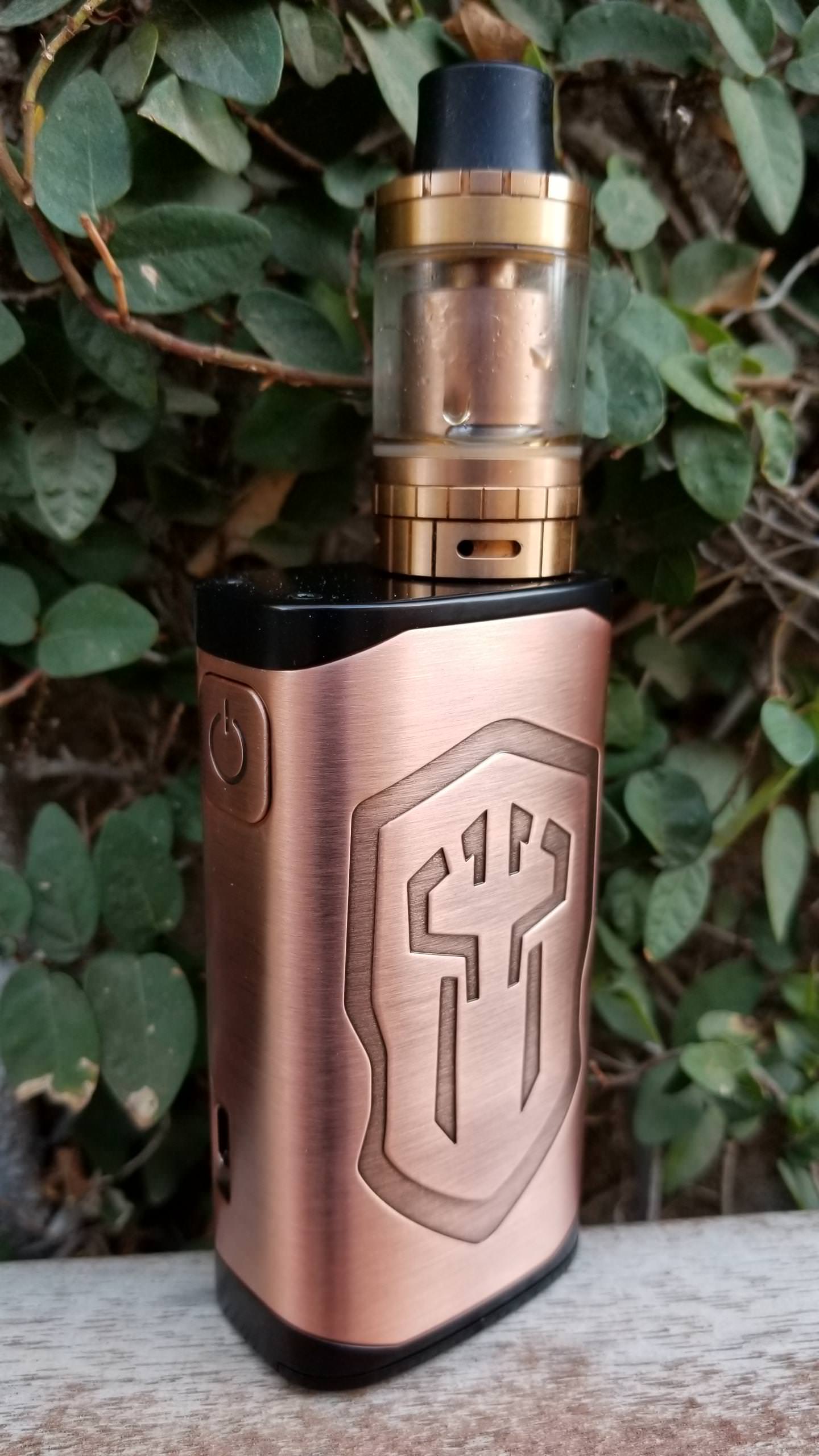 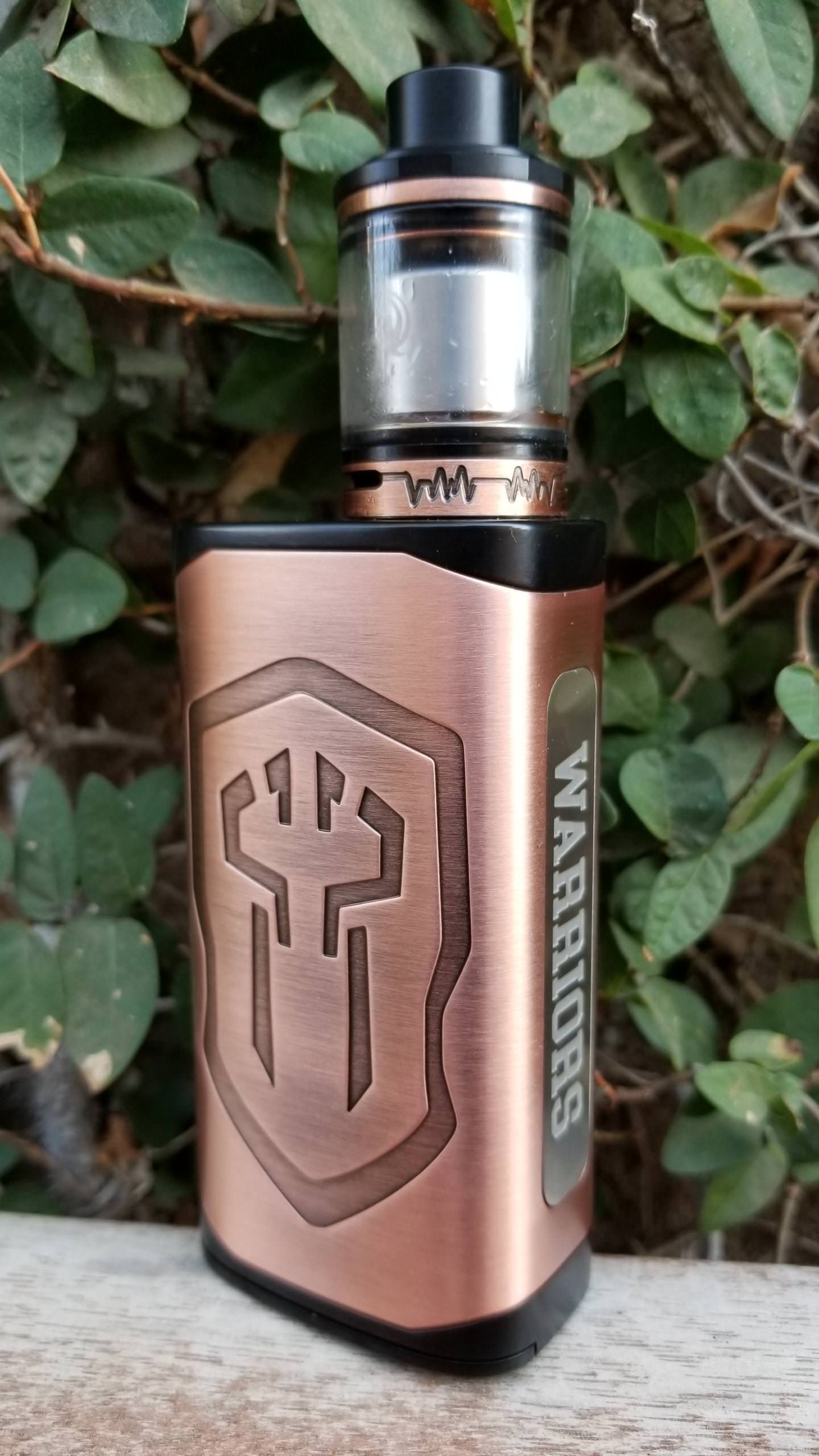 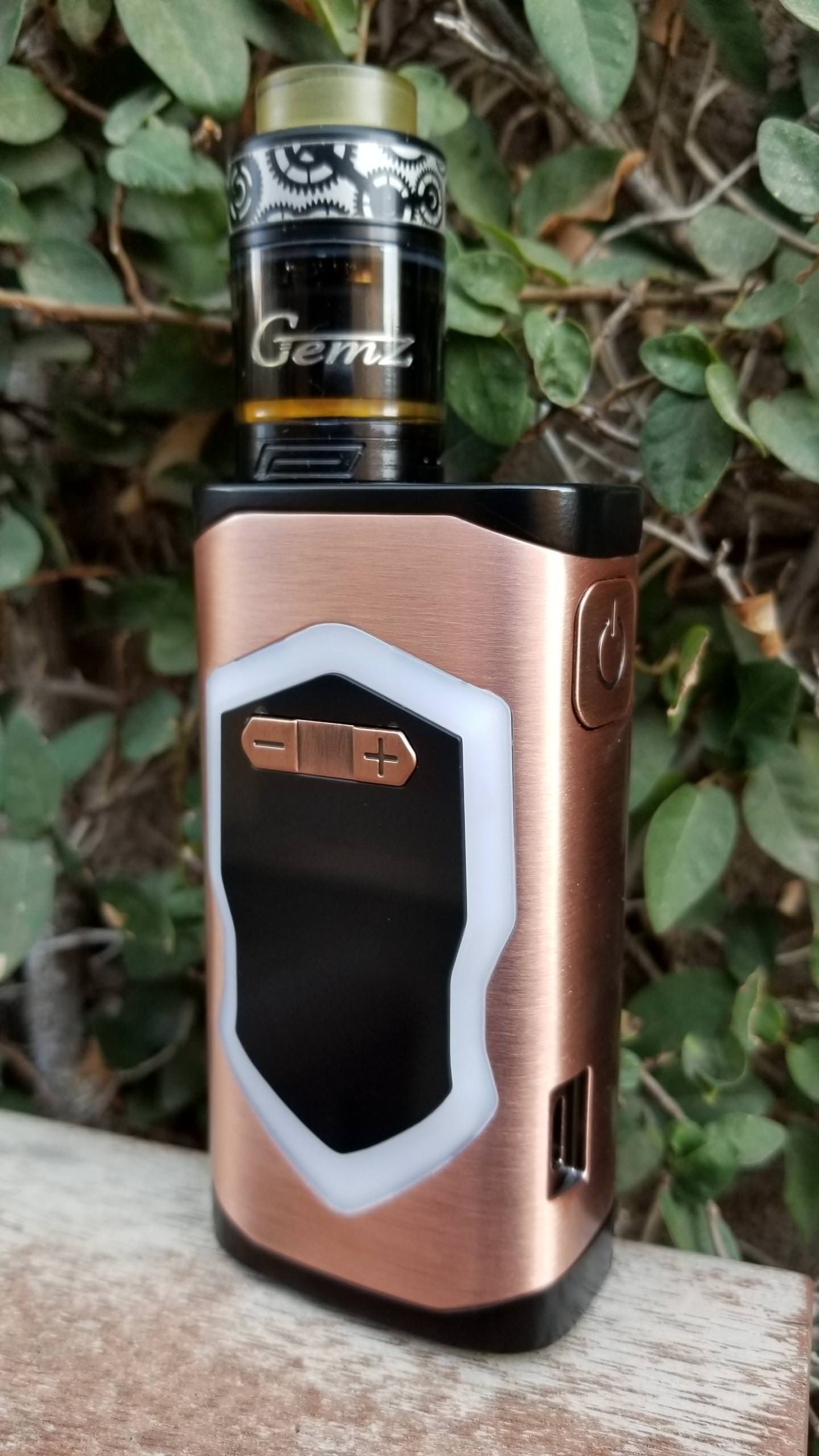 Thank you my dear

Isn’t that what those things are called?

Haha! Maybe??? I’ve never heard that.
I roll with ‘brick’

Thanks brother…what can I say, I am a TC snob…lol