I’m starting a topic for Lil Angel she only has one mod and it’s a smok and it won’t work. She needs help figuring out how to fix and was hoping to get some help here… I’m starting the topic because she’s not used to the forum and was having problems.

I found it Thank you

can you upload your video here? It looks like it’s stuck in Wattage mode 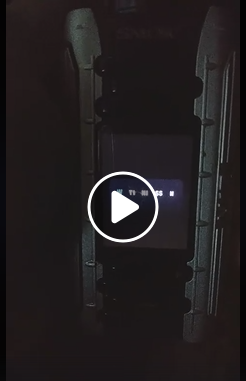 How long have you had it

about a year it won’t let me do anything.

I kinda figured but it was worth trying.

Absolutely…when my last battlestar took a dive I torw it apart and tried everything to get it to work again…These mods arent designed to last as ling as we would like …i use to live by a 6month code , whatbis mean is if i git a solid 6 months of use I was happy

I know she’s trying to stay off cigarettes and that is very nice Dan!!! @Lilangel2113

Oh you don’t have to do that.

@Lilangel2113
If you drop your mod or gets banged around or if it gets wet … get a sturdy mod like a Jackaroo or an Aegis.
If you want a good mod that takes tanks from different brands, try to avoid Smok and Wismec.
And if you ran out of warranty on that mod, please do get yourself a new mod that is safe to use. Mods that malfunction can be dangerous with the powerful batteries we use.

i use to live by a 6month code , whatbis mean is if i git a solid 6 months of use I was happy

Oh wow!
I haven’t had a single mod conk out on me since 2016 when I started vaping. The only one I don’t have anymore is one that I forgot when I was on vacation…
I’ve got a few with loosening magnets or chipped plastic and stuff but everything is still technically working as it should.

i use to live by a 6month code , whatbis mean is if i git a solid 6 months of use I was happy

Oh wow!
I haven’t had a single mod conk out on me since 2016 when I started vaping. The only one I don’t have anymore is one that I forgot when I was on vacation…

Must be nice. I have 2 mods that have lasted years. The Hexohm, which I had to get fixed. and the Ivp D3.

Oh you don’t have to do that.

I don’t have a lot of mods… I invested early in an HCigar VT250 (DNA) and that one’s been my daily driver for the better part of 3 years. I’ve “upgraded” to a LostVape Triade (DNA 250C) which has been a daily driver for a about a year now. Those two are daily used. The HCigar looks beat up but works perfectly, the Lost Vape looks and works like new.

I’ve got an old Wismec 2/3 that I’ve been using almost daily too from end of 2016 to early 2019. It sucks that it doesn’t take all tanks (bad 510 connector) and it doesn’t do TC very well, but it’s still working perfectly (as it did when it was new) even though it looks beat up too.

I also have a Vaporesso Target Pro, single battery 80W mod that I used for a month or 2 before I found the joy of using multi battery mods.
That’s about it.
I recently bought an Aegis and Jackaroo for my days at the beach, just so I don’t have to watch out too much with my DNA’s getting wet or sandy… don’t think I need to buy any more mods for years and years to come.

I invested early in an HCigar VT250 (DNA)

I wanted one and looked all over for a good deal but could never find one so I got a vt-75 but the battery cap that screws into the bottom stripped out.

I got mine from a flash deal on Gearbest. The Lost Vape came from Ali express… both bought on sale for less than $100 and free shipping.

Ya that was back in the 2015 / 2016 era Smok , Wismec Kenagertech … These days even the cheaper Mods last awhile

Every time I lose faith in humanity all I have to do is come back here.

@Lilangel2113 your from the states arent you ??