Jay checks out Lost Vape plant in China, the Orion assembly plant. At the end shows Drone sqounker dual battery, looks like a 250C chipset. You can see why nobody can get a hold of them. They are out eating egg roles and fish heads.

Missed the Drone the first time around and can hardly find one for sale now. Definitely glad now as I’ll certainly not make that mistake again especially with the 250c chipset.

Thanks for the share!!! Been waiting on that one for sure!!!

Where was I when the Drone squonker came out? I mean I have no recollection of it at all. Not only that but a couple of the reviewers I follow reviewed it. It is probably expensive and if that’s the case then I just skipped right over it. Oh well, Sh!t happens.

It is probably expensive

All made by hand? Wow… impressive.

$300???When they lost their vape did they lose their mind too?

I would need 3 upgrades before I would buy that. A lanyard, a silicone sleeve and a 50,000 volt taser system on the mod. Lanyard to keep me from setting it down and forgetting where i left it, sleeve to protect it against drops the short lanyard wouldn’t prevent, and the taser system that would turn on when the lanyard was removed to prevent theft if I did happen to leave it somewhere.

I would love to be one of the people that can drop 300 bones on a mod. To be honest, even if I had it like that, I am sure I still wouldn’t get it. I am a cheapskate and I think I would still be even if I were rich.

The original sold for $179. The original has a different board in it but an extra $120 because of the board? I don’t think so.

Don’t know how accurate that is on element vape but the picture shows the old Drone judging by the buttons as well as the reviews on the product. Have to wait and see I guess.

I highly doubt they would cost that much unless of course they only produce a limited amount once again then I can see it being sold out despite the cost. 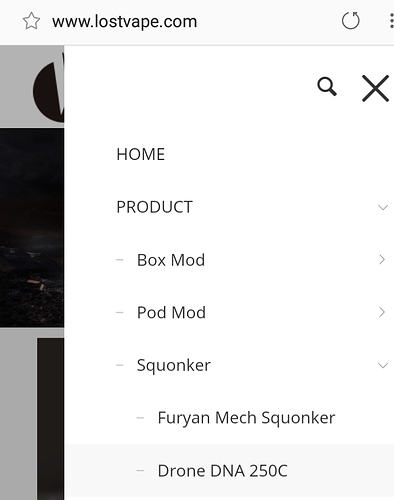 I really doubt it will be that expensive. Resale sites put in all kinds of prices for place holders. Regardless, for a squonk with replay, I’ll probably figure out a way. I put a hold on squonkers when the 250C came out waiting for this.

Looking forward to the 250c drone. The only thing i hope they improve on, apart from the obvious dna board upgrade, is the bottle. And that they ship it with a spare one. The first bottle i feel sucks up the smell and flavor from your first juice, and then you get that smell in every single refill. Even after a good rinse(soap and hot water) i still think i can smell the first juice i put in it. Might be that tube that you connect the hose on, but i dont think a metal would absorb juice like that.

Edit: that price is not correct, the 299$ that is. Think i paid under half that for mine.

jay made another video, the same as this, but left out the coil design,… which was a spaced coil 3-5 wrap, i did not see no wicking material…wierd !!!