Heard about a home made magnetic stirrer using a USB laptop fan. The gist was buy stirring rods (cheap ebay)
get a usb powered fan attach (glue) strong magnets on fan blade/s , place flask of mix on top with rods start fan
& bingo. I realize this wont involve heat but has anyone tried & what do you think ?

Brilliant. Off topic if I start mixing by weight do I just use gms as as the ml values that come up in
the calculator ?

Make sure you go into your user preferences and change the spot that says “Use drops” to “Use grams” and you will get a grams column. Then you can just use that. If your planning on using a usb type cooling fan type thingy for a stir plate (mixer) there are a couple of issues, first the magnet your going to glue on the center of the fan not on one of the blades. I would suggest getting a old hard drive and breaking it open (inside you will find earth magnets on the arms of the that move to read the discs) use a screw driver of another piece of metal and you’ll be able to find the magnets… they are very strong.
You will also need to clip some of the covering of the cooling fan top plate (unless you can take it apart) so you can glue the magnet onto the fan top.
you may need to purchase a speed controller like one used for a ceiling fan or a dimmer switch. If you try and run the fan without one, the fan may start up too fast for the stir bar and it won’t spin because the poles won’t be able to keep up with the speed of the spinning fan/magnet.

You guys are so out of my league with this techie stuff…whoa!

This will sound stupid but will the stir rod rotate if the magnet is at the centre of fan ? Would’nt it just be
static ?

Thank for that , so obvious now you’ve told me .

A stir rod is just a piece of metal (normally covered by something so that is isn’t leeching whatever it is made of into what it’s stirring and can be cleaned after use). Like any piece of metal (that is attracted to a magnet) the stir rod will try and center on top of the magnet. If the magnet was on one of the blades and not in the center of the fan two things would happen: 1st it’s going to put an uneven weight on your fan and possibly burn out the motor pretty fast. 2nd the piece of metal (stir rod) is still going to try and sit right on top of the magnet and when the fan turns, the stir rod, instead of spinning as it should would just rotate around the inside of the container as the fan turns around. And your correct, the stir rod is static if the fan isn’t turning. It stays static once the fan starts turning also which is what you want It stays static to the location it is currently at on the magnet. If the fan starts too fast the stir rod may loose that static location on the magnet and then it wouldn’t turn, which is why I said you may need something (like a dimmer switch) to start the fan off slowly then increase the speed… so the stir rod keeps it’s bond with the magnet. You might not need it (a dimmer switch or something to increase or decrease the spinning speed), but I just wanted you to know that there is a good chance you would.
Try it out and see, that will be the only way to find out.

Saw a picture of what you describe & it now makes perfect sense , thanks.

Any one here no where to get a cheap one or used, been asking Santa for one but he never comes through. Lol

Hello!i tried to make a DIY magnetic but I have problems. Doesn’t work because of the magnetic which I have put over the cooler… I can’t understand why. Could you help me? I have buy a potensiometro which helps to over up the speed of the cooler. Thanks a lot

Sorry @Vicky2 but I personally have not made one (I think I have the parts but I haven’t attempted it yet). However there are a couple people on the forum that have made one… what I would suggest in the mean time is view a few of the youtube videos that are out there to provide yourself some pointers… there are a lot of videos online showing how to do it with tips.

Hello!i tried to make a DIY magnetic but I have problems. Doesn’t work because of the magnetic which I have put over the cooler… I can’t understand why. Could you help me? I have buy a potensiometro which helps to over up the speed of the cooler. Thanks a lot

Sounds like a pole issue. Take all the magnets off. Find out which way the bar likes to attach itself to your magnet. Stick accordingly. That’s my guess. Good luck

where I bought them he gave two magnets for the cooler and other one which I put it inside the liquid but the cooler stoped running or runs very slowly.

You’ll have to experiment. Voltage to fan/cooler as you call it, get your poles right on both magnets. Have you got a photo you could take and post up.

OK I will soon

Question is, why go thru all this and instead just buy a $25 Magnetic Stirrer on amazon? 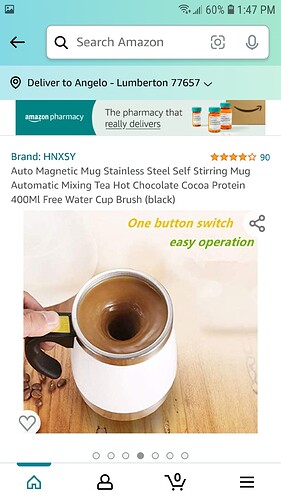 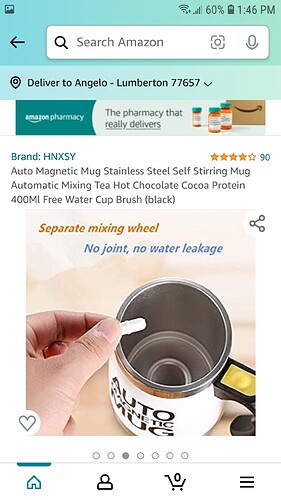 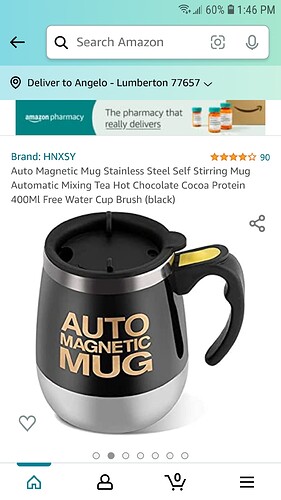