So i Place my first order tooday to get me started mixing, yay!! I’m excited . I went a bit overboard but its ok, I knew i would - it’s my nature haha.

I ordered about 70 liquids, a scale, my bases(vg/pg), nicotine, about 30 bottles or assorted 15ml and 30 ml, and a few 10mls. Nothing over 30 since i do not expect to mix anything great for awhile.

Now i realized i didn’t get a mixer, nor did I get anything to mix in…I’m assuming I need something larger and glass. Also anything else that is a must have?

I know a read a post somewhere listing a few other things, but for the life of me I can not find it again.

Any suggestions would be appreciated. These forums are assume, thank you all for the great guides

Congrats! Very excited for you. Personally I mix direct into the bottle, give it a thorough shaking (with the cap on obvs

) and then bung it in my steeping box which lives in a cool dark cupboard. Then another shake before I’m ready to start using it. This works well for smaller amounts…I don’t think I’d be shaking a 500ml mix with my muscles

Also like to add that when I typed this initially this sentence:

my steeping box which lives in a cool dark cupboard

my steeping box which loves in a cool car cupboard

Now i realized i didn’t get a mixer, nor did I get anything to mix in…I’m assuming I need something larger and glass.

Not necessary, especially when mixing smaller batches. Just put your empty bottles on your scale, tare to zero and mix right into the bottle. One tip for bottle mixing: set your recipe to 1-2ml less than your bottle capacity so that there’s shaking room.
Congrats on your first order! Have fun mixing!

autocorrect has put some nasty stuff out there today for me…

I feel for ya. Lol

set your recipe to 1-2ml less than your bottle capacity

Best thing i heard all day.

Above suggestions will work well for small batches .

But if ya want lab ware here’s a few links

Making your own e-liquid? Protect yourself with Nicotine River's e-liquid lab ware. Bottle your mix safely with our selection of empty e-juice bottles!

And last but not least your local Walmart 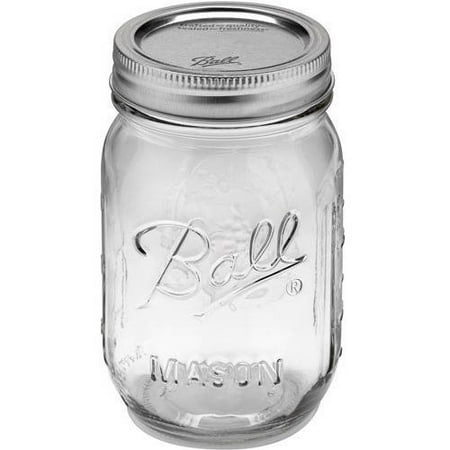 Got a few of these I mixed juice in then set in hot water .

Edit: was just curious looked up egg beater at Walmart

Congrats. Personally I don’t find mixers or beakers all that important. If you want to get some thing for larger batches I recommend hitting up Amazon. You’ll be able to find cheap beakers and milk frothers for under 10 bucks. My personal preference is 120ml bottle. Steep in those suckers and then transfer to 30mls. As long as you have a good scale you are good to go.

I like storing my large batches in squeeze pour bottles

Make the process of filling your eLiquid bottles easy by using this squeeze pour bottle. This bottle comes with a twist open and close cap which prevents spilla

You sound like you may be considering single flavor testing (since you mentioned 10ml). If that’s correct, you’ll want to at least have 30-40 of those, which will accommodate testing 10-15 flavors at a time.

Regardless of single flavor testing though, I believe you’ll want to double the size of your 15-30ml supply. As if you intended on steeping, consider half of those bottles “gone” as they will be simply sitting in a drawer somewhere, and won’t be available for recipes that cure quickly (surprising how many recipes have creams, or Custards, or…that need to set up for 3-4 weeks or more).

One tip for bottle mixing: set your recipe to 1-2ml less than your bottle capacity so that there’s shaking room.

Depends on the bottle, but absolutely great tip, which brings up another point for the new mixer to be on the lookout for!

All bottles are not created equally!!
That is to say, there’s a LOT of crap peddled (sold) as being a 30ml (same for the 15ml), that are not actually what they say, as they don’t include the room for off-gassing the alcohol (the upper portion just before the neck) that typically occurs during the steeping process.

My recommendation would be VM’s, but a step further.

Each time you get a new batch of bottles, take one of each size, and verify that it holds what they said it does. (Use PG as that’s easier to work with.)

IE: 15ml bottle. if you measure out 15ml with a syringe, fill the bottle with it, and you still have the “air gap” area left (again, below the neck line), then you can set your numbers to normal. If no air gap, then you know you need to adjust your numbers down to maybe a 12-13ml mix target.

The aspect of bottles not being accurate is one of my bigger pet peeves. And while I won’t bust the particular vendor’s balls… I will say that I’ve had a proper 30ml bottle order, followed by a second order which are more like 27ml bottles (no gap). And it seems that I’ve also had better consistency with getting proper 30ml bottles in the amber color. Which I hate. So… It is what it is, but like VM alluded to, something that’s not often thought of, but important to be aware of! Having room for off-gassing is critical to a mix steeping well, and in the time frame that’s expected.

You might want to do a bit more searching and reading here… But frothers have been tested and retired by several here.

They tend to inject additional air into the mix, which is a huge negative for nicotine (depending on when you add it). Others have mentioned loss of volatiles (flavor)…So I would definitely not recommend them. Especially for someone just starting out.

OMG i forgot the order i placed earlier, so Im easily over 90 liquids… I started putting them in my stash before they are even here lol.

Thanks to both @Lolly & @VapeyMama I plan on small batches for quite awhile so I guess I am set. I didn’t even think of just using the bottle and shaking… more my style .

@tartarusspawn Thank you, I bookmarked this for future use when i will need it

My personal preference is 120ml bottle.

I will get some of these for future use for sure, ty

I have no idea why i got these tbh, lol, i thought i needed for something. I don’t plan on single flavors, so i guess i did not need these… I will take order more larger sizes, thank you!
I was reading about bottles and the extra space needed so I had ordered the chubby gorrilla ones because i thought they always had the extra space in them, and i like this type bottle. Hopefully I assumed right on this.

As far as the scale, I purchased the AWS LB-501 Scale that many here seemed to use. 15 ml will be lowest i will mix and later after some experience and find things i like i will of course mix larger.

Thanks all for the responses, you guys really do rock!

You might want to do a bit more searching and reading here… But frothers have been tested and retired by several here.

They tend to inject additional air into the mix, which is a huge negative for nicotine (depending on when you add it). Others have mentioned loss of volatiles (flavor)…So I would definitely not recommend them. Especially for someone just starting out.

Just tossing it out there as an affordable option. For most if they want to try a mixer they obviously don’t want to invest 100 or more bucks on a device they may or may not want to use long term. A 10 dollar option which has a use if you don’t like it on the other hand can be more appropriate as a starting point.

Personally I never had any problems with a milk frother as long as the whisk end was fully submerged before I turned it on. No added air in to the mix.

haha, yes, I am happily on my way tyvm lol

Document, document, DOCUMENT! With my previous experience in a variety of stuff, it quickly became clear to me that taking proper notes when creating or changing a recipe is very important.

I started off using a spreadsheet in G-Docs, so I have a different recipe on each worksheet tab. I have it set to calculate everything based on the intended final quantity, then I name the tabs by [recipenumber].[1-x]-[Name], like “023.2-Mt. Oklahoma.” I never modify a sheet, just keep duplicating them, renaming them, and creating new recipes. If .3 doesn’t work out, I can go back to .2 and go again.

It’s been very frustrating at times, coming up with crap recipes, but reading the forums and manufacturer/retailer sites about percentages and reviews will go a long way.

I probably make 1 good recipe out of 5 ideas, up considerably from like 1 out of 20. Lots of tests poured down the drain for sure! Don’t be afraid of dumping something that just didn’t work out. Think about what may have gone wrong and try again!

I keep thinking that there’s four different types of flavors - citrus, berry, tobacco/coffee, and desserts/bakery. There’s notes and tones and layers and profiles. You’ll probably start dissecting flavors of everything you eat or drink. Like, “Hmm. there appears to be an apple note in this tea…” It’s all a blast.

I use a milk frother, also called something else, that’s a round, wirey spinny thing at the end of a motor. Not real strong, definitely not “high shear mixing,” but it seems to do the job. That and time. And even more time with the more VG you got.

congrats on a strong start

after almost 2 years of mixing, i ended up mixing in a small glass cup and stirring with a small spoon or fork. i enjoy adding the flavors in (the cup on the scale), and taking a quick drop test here and there to see where is the recipe from what i want. gives me that master chef feel

Nic goes last - after all the mixing and stirring is done. then another round of stirring, then the final mix goes in the bottle for labeling and steeping. no extra air bubbles from shaking or the frother, and no headache from shaking… used to mix in the bottle but found mixing in a cup also easier on the eyes to do
good luck and have fun.

Finally I am a bit comfortable with mixing a bit. I am doing it in the bottles for now, as I’m not mixing any large quantities YET.

Testing is another story for me. Everything tastes ‘yuck’ ! I tried just a drop from bottle, and most are disgusting to me. I try a drop after all mixed and the same thing. I know i really need to mix up samples of all my flavors but that seems so overwhelming. Definitely a downside of starting too big. Im up to like 175 flavors.

I have mixed about 20 recipes so far, and hope to do a bunch more tomorrow . Next is to play around some but NO more ordering for me.