Hi everyone, i have been vaping for more than 2 years. I bought a GPRIV 220 Mod, 2 Efest 18650 3000mah Batteries.
First i unpacked the mod and put the batteries, they were half charged. I tried only the mod (Without tanks)
Then i took the batteries and put them on the charger, until the became fully charged.
I inserted them into the mod again and i was having a 0.79OHM build (Vaping on 60 Watts).

within 3 minutes this happened !!!
I don’t know what to say !! and i can’t even understand what was wrong !!!

If anybody can tell me what is the mistake plzz !!! is it the batteries or the mod or the build !!! 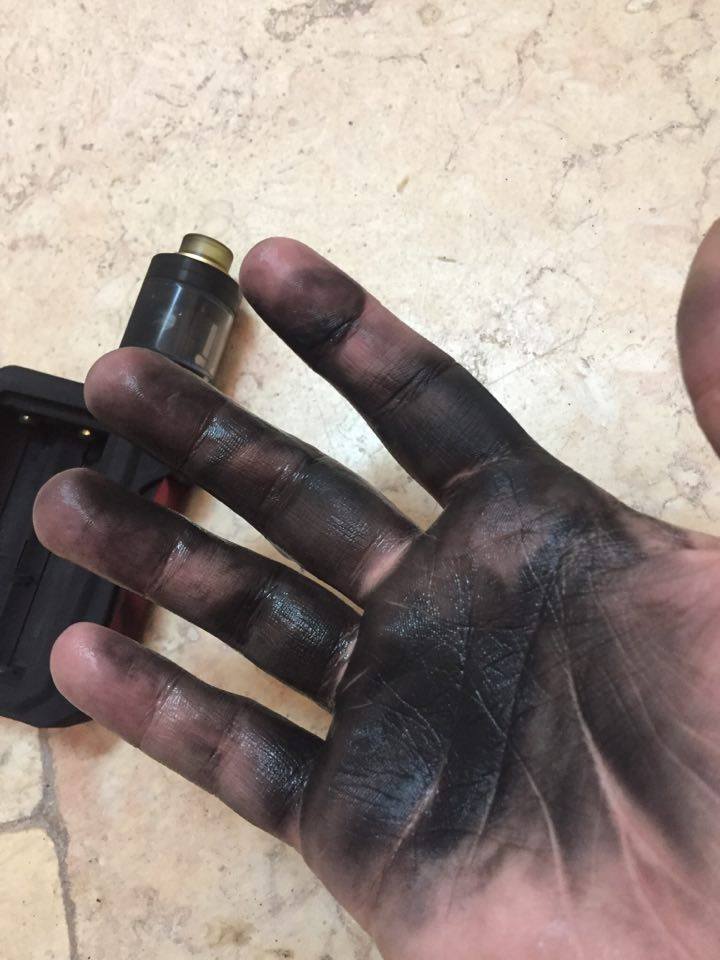 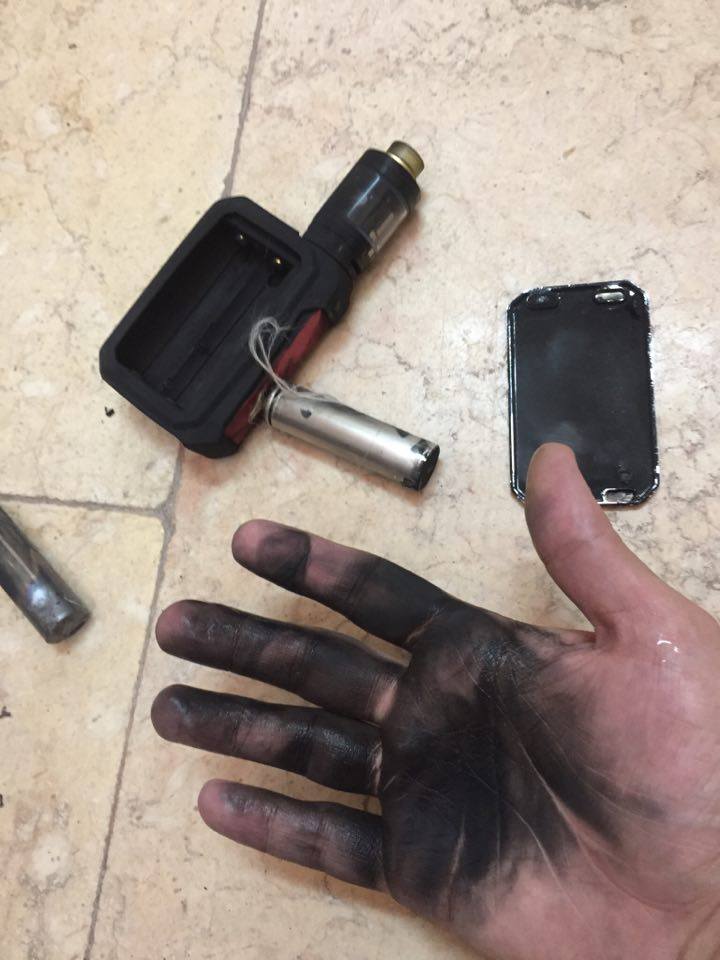 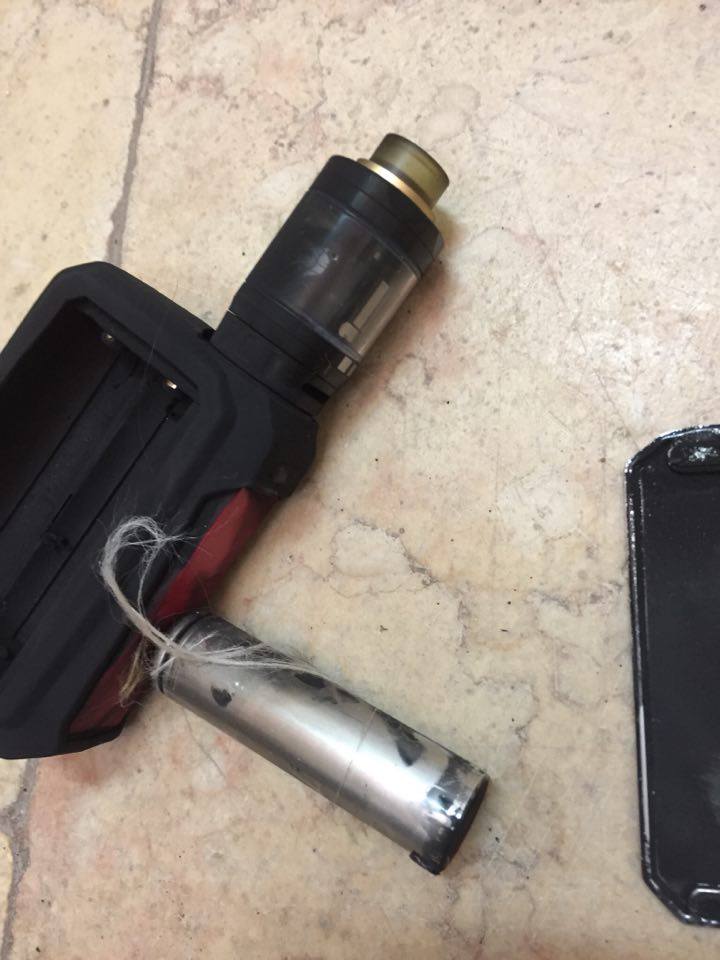 I would hazard a guess that it was probably the batteries. Efest are known to not be the most dependable for all mod applications.
On a side note, I hope you did use an ohm meter to test your build before you put it on the mod. I’m pretty sure most of us who wind our own coils use one.

Yikes! From the pictures it looks like both batteries went into thermal run away. Did it actually “explode”? I see a lot of excess heat damage but I don’t see evidence of an explosion. As to cause, I have no idea. .79Ω certainly should not tax those batteries like that. From what I have found the G Prive has a max voltage of 10V. That would develop 12.66A max. I think the Efest batteries would keep up with that easily. This is bad news. If the anti’s get wind of this we will see it on Faux News and MSLSD by tomorrow.

Just found a post by Mouch and if they were “purple” they should have been capable of 20A continuous.

@Flavologist may have it right, but I’m putting my money on the mod from your description. If the mod read 0.79Ω, and it was an Eleaf “purple” the mod had to either short internally or grossly misread the resistance. Even if it misread the resistance an overtemp circuit or excessive current draw circuit should have shut the mod down before that happened.

Maybe, I am missing something here? But both of those 18650 batteries appear to be unwrapped. I can only assume they are missing the insulator rings as well? Just out of curiosity what compelled you to purchase Efest batteries?

No clue what caused it. My question is, since you’ve been vaping 2 years and probably know some things, what do YOU think caused it? Surely you have some idea.

Here’s a video I watched some time back. After watching this I’ve avoided Efest at all costs.

Firstly, I hope your hands look worse than they actually are.
Definitely looks like there are no wraps on the batteries, did the wraps totally melt or were the batteries not wrapped.
If they were not wrapped, then that explains the short.

While it does looks strange that the wraps would totally vanish, my guess is that if he has been vaping for 2 years he wouldnt use unwrapped batteries.

well it didn’t actually Explode as the Meaning … but flames and heavy smoke and black powder filled the room !! it was horrible

i am assuming that one of these batteries are Defective !!!

I’ve never used Efest batteries but heard a lot about them, mostly not very good. I never use my batteries straight away after charging though, I alway let them rest a while before use.
I’m sure glad you’re ok, it looks like apart from your blackened hands you didn’t come to any harm. Sucks about the mod though.

thanks, no the batteries were brand new and wrapped – like this pic 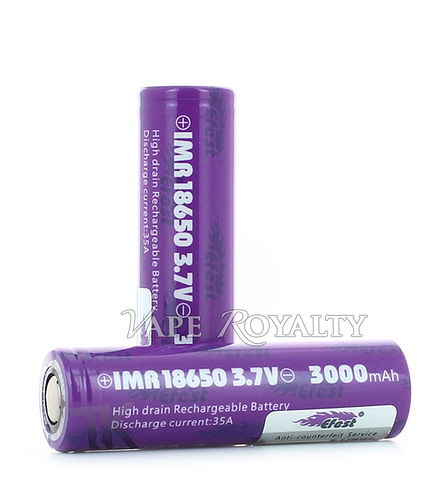 i am okay fine

… thnx God it could have been worse

Glad nothing worse came of it.

I’m going to go with shit batteries, but I’ve also read plenty of bad news about Smok’s electronics too. Sounds like “a perfect storm” scenario to me. I can easily see poor regulation combined with inadequate power causing issues. But that’s just idle speculation.

Wow that sux! Glad your ok!

Sucks about the mod/batteries, but I’m glad you’re okay.

Wow, unless there was a short your build should only pull about 9 amps - well below the 20A per battery performance (they are not 35A batteries!)

Tested at 10A-35A constant current and 30A-60A pulsed. These cells were purchased by me and used only for testing thanks to the incredible donations...

Sorry about what happened to you - Glad you’re OK!

Personally I stick with Samsung and LG batteries…

Personally I stick with Samsung and LG batteries…

Same here. And be sure to order from legit sources too (I’m thinking Illumn and IMR, but there are a couple others I’d trust those two are just my go-to), because there are a lot of counterfeits out there–especially for the LG HG2s.

This would be my guess-SMOK has been known to have less-than-stellar QC, and eFest batteries aren’t the best cells to put in a mod. They make a great charger, but I’ll never use their batteries.

Well, anyone who over-rates their batteries has already tipped their hand (business outlook) in my opinion, so I won’t support nor recommend them on principle.

Safety isn’t for sale (to me anyways), and even though I trust Mooch’s ratings implicitly, I won’t buy from any company that practices shady labeling. If they’ll do it with their batteries, why would you think they’d not do the same thing for another product? It’s the same folks at the top who make, or allow those decisions to be put in practice! (Just my thoughts mind you)

Efest isn’t alone in this FWIW. I hold the same view of a few companies in this dept.

Wow man sorry to hear that glad to know your ok! I agree with the others… efest is bad news stick with Samsung or LG like most of us do. I would blame the batteries but could have been a defective mod also. Like @Sprkslfly said a “perfect storm” scenario… check out illumn for batteries… never had a problem legit products and fast shipping and the prices are great also.