So i have contacted VV with the same issue about the 510 disc on the mod. The screws they used to hold it to the internal base are too short. So they asked me to send a pic of the problem again. All i asked is if the have a fix for it. Maybe longer screws to fix the design flaw as i couldnt use it. So they asked to send a picture of the problem. As it took them 2 weeks to reapond again. So i said “ thank you for non speedy reply again but i have solved the problem. I took a plastic welder and melted the excess of composite plastic in between the inner and outer 510 plate and fixed it but again thanks for that non speedy reply”. And sent them this pic of the fix lol 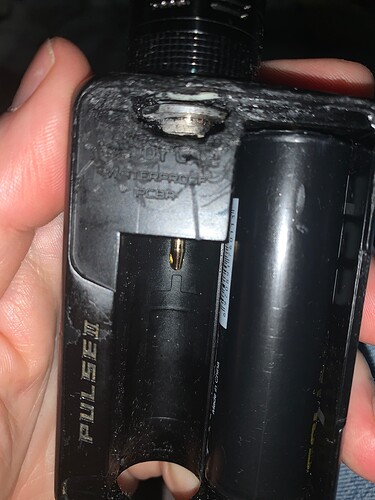 I did tell them to stop having idiots design their products as the only thing good i ever got from them was the pulse 24 rda. It put me off their mods for good

That sucks, man. I would rather they just say, sorry, “out of warranty”. To ask for a pic of the problem, then not respond, is just crappy customer service. Hate that crap. Had a similar problem with Smoant when I asked if a display screen could be purchased for a Battlestar mod. I didn’t want them to repair, I wanted to buy the part if available. They asked for a pic, then took a while to tell me it was out of warranty. I tried to clarify that I only wanted the part and would install it myself, and they just sent me the same response. I would have accepted a simple “No”.

It was just bad as when it was in warranty i sent them all relevant info and they never got back to me. I sent it through the app. No reponse second time through website two weeks to respond its out of warranty lol. It was a poor design to have those ahort screws that barely connected. And of course once two went out it was impossible to get them back in. I loved my pulse until the cap for the bottle leaked and then the plate issue. Teflon tape was the only thing that stopped it leaking. But when you have to do that you been robbed by shotty design

Did you buy it direct or from a vendor?
That pic might be seen as a bit passive-aggressive, which probably won’t help with your cause.

I bought it from a brick and mortar last year. Its been useless trying to get them to respond to anything. Had the same issue with the lit rda by them took forever to resolve the resistor issue when it was blatantly i design flaw. Had to fight with them.

Where are these mods manufactured?