Hey guys.
Realize ecigs don’t need any more bad press and they’ve helped me and countless others. Last night my regulated mod experienced quite a defect and I got burnt, thankfully I moved it away from my face when I noticed something sounded wrong. It seams that it reset to max power and the fire button is permanently engaged. It’s two months old but my main reason here is on how to go about it. It would involve the website the deal was posted on, a retailer and an entire product line. If I say nothing it could happen to someone else. I sure as hell won’t be buying the same brand ever again. Can’t imagine had it happened while driving. 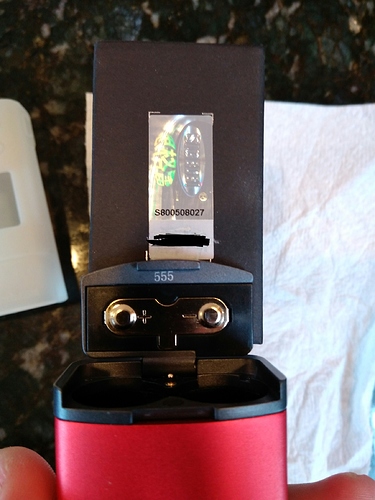 I would first look at the site you purchased the device from, toss them an email about the issue. If you can’t or don’t get a response then contact the manufacture of the device to get your issue resolved if possible.

can i ask which mod?

Yeah, this is a critical bit of information that’s missing.

A lot of information is missing in this post I think. In two weeks you can drop your mod 3 floors down and have a couple dozen tanks leak their contents all over and in it.

I’m not implying that it’s user error at all, just saying you need to paint a clearer picture of the whole situation. Quality pictures can also help a great deal to clarify.

I had an eleaf 100 Watt TC Mod do that to me, MVS replaced it immediately. I had it under 3 months. The vendors don’t want stuff like that out there.

At first, I would have to say the fire button may have had some juice leaked onto it causing it to fire, but the fact that it reset itself to max power is very concerning. Sounds like a board problem to me. I’ve had a couple of isticks go bad on me but they always reset to their lowest wattage setting, not the highest. You may want to post the brand and model as a PSA to others and let your vendor know.

I’m in the process atm talking to the vendor. I was just asked if I upgraded firmware which I did not because the mod was received just this February. I hope they’re trying to determine user error and not suggesting the fix is a software upgrade. It’s too late for that.

(Pm for vendor) just offered me an rma. I guess I should be satisfied with that. Honestly I’m not though. I keep thinking of the what ifs. I think in the future designers should look into a manual Killswitch if watts continue to increase. The model was a Sigelie fuchai 223. I was very happy with it until the incident that happened. Thanks to everyone who gave me an opinion.

Video of condition and how it’s working

Dude, you need to tell Sigelie. That is not ok. Be interesting to see if they care. I have heard of many people having problems with sigelie products. I would post it on their Facebook with the tag line
"fuck you".

Did it act as though it had a cutoff protection at all, or did it just keep going?

I didn’t test it afterword but from the moment it fired to the time I ran to the kitchen had to be over 7 to 10 seconds. I didn’t realise I could move as fast as I did.

Anyone know the potential outcome had I’d been running a micro coil over 1 ohm?

I’m debating on whether I should just take the 40 dollar hit and go demonstrate to every b and m near me.

For sure! This is a safety concern that involves all of us. If faulty mods are allowed on the market it only hurts the vape community as a whole. I understand if the vape shop doesn’t want to refund your money, it should be sigelei replacing the mod…but at this point I think it’s gone past the point of a refund or replacement. How many mods out there are doing this? The company needs to be aware of the problem, as do local vendors selling the product…when a dog is disobedient you force the dog to look at the peice of shit it made on the rug…this is the same thing.

Anyone know the potential outcome had I’d been running a micro coil over 1 ohm?

N/m I’m guessing the coil would snap, I was looking at a danger zone chart and it was in the red.

You need to let Sigelei know what is going on, a local Brick and Mortar may not explain the problem in enough detail as you could. If I were you, I would demand a remedy, such as Sigelei further testing the defect. We have no idea how many mods this is happening to (on this particular model) or if anyone could react as quickly as you did. Any video or pictures you have would also serve as proof to the defect, and would go a long way to getting the issue dealt with.

I’ve let a few retailers know about it. No replies. Understandable though, lots of money plus liability involved. What happened may have been a 1 in 10000 but considering the history of the company (I found after the fact) my eyes are growing wide by the number of places selling and the amount of glowing reviews. Was thinking about the youtube reviewers also, they maybe use a device from a week to a month when the average person has maybe two devices they use for a much longer period of time. I really am missing the durability of my old lavatube sometimes.

Any way some guy pointed out that eliquid on the board could be causing the problem which caused the old hhhh errors. Even so, after a month and a half those safeguards shouldn’t have malfunctioned. I’m thinking a shoddy solder job also. The 510 connection should be a priority considering what makes the vape.
After a pack of cigs I went and got a mod that cuts the connection as soon as the rear door pops off.

Some good came out of this. I’ve done a lot of reading and watching and found something never heard said before at any shop. As most have been warned of acidic juice flavors cracking tanks, acidic flavors can also have a corrosive effect on circuitry. So clean that stuff out if it’s past warranty.