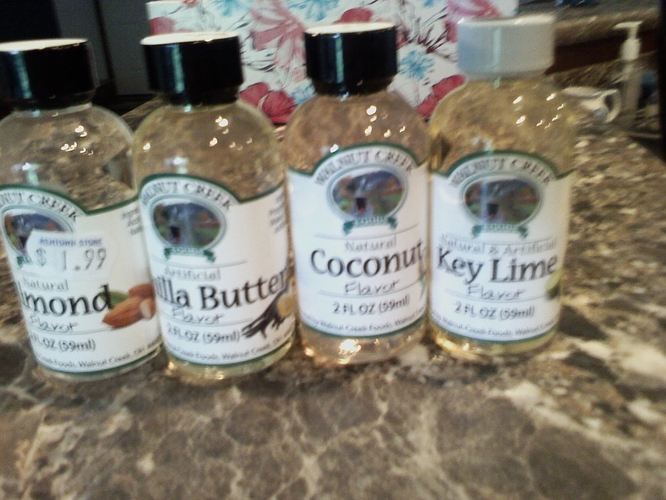 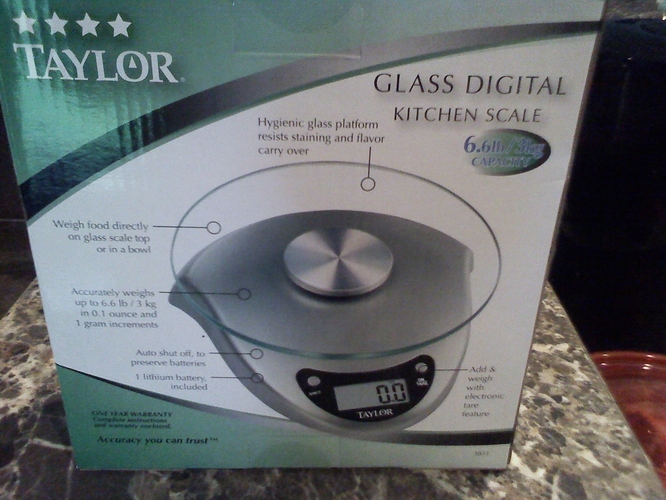 Not to rain on your parade, but the scale isn’t going to work very well for mixing. You need something that measures down to 0.01 gram increments.

Unless you’re making huge bottles of juice, I guess. Also, make sure the flavors aren’t oil based. They may be a little weaker than the usual flavor concentrates we use so you might have to use a little more.

Yea I tried it and it wont read in .01 grams, oh well thought I scored. No the flavors have the base on the side of the bottle in order, and to smell them, they’re way stronger than any TFA I’ve bouhgt so far.

Cool! I can’t wait to hear how they turn out! They sound yummy.

On the advice of several people in this forum I grabbed this scale from Amazon for $17. It’s not the fanciest thing in the world, but it works for me.

Ok I’ll check it out.
I’m kinda worried about the Ethyl Alcohol. Will that be bad in any way? Or will it evaperate.

Just made 15ml of blueberry and the vanilla butter for my wife.

I don’t think its a problem…ethyl alcohol is just ethanol or drinking alcohol. So, basically Vodka, which people use in mixes all the time.

JoJo
Thank you for such great advice. I’m going to order that scale.

My pleasure. Just passing along the great information I’ve been given by the good folks here.

Even if you don’t like the flavors, the bottles are keepers

Great for making and steeping 30ml batches in !!

As @JoJo said some concentrates have Ethyl Alcohol in them to help carry the flavour.

If you’re concerned you could always leave the caps off your mix for 24hours but usually this isn’t necessary.

Believe it or not the flavor bottles are plastic.

You can save the scale and use it in the kitchen - It will come in handy if you ever want to mix a bit larger quantities, where 0.01g is not necessary

daath I already suggested that, but wifey said we didn’t need one.

JoJo You can find there flavors here http://www.walnutcreekfoods.com/category-s/278.htm

I highly recommend that you test those flavors for oils. Some of them list ‘Natural Flavors’ which is non-specific and could easily still contain oils. Just put a drop in a glass of water and see if you see any oil droplets that don’t dissolve immediately into the water. Also a number of their flavorings contain Caramel Coloring, which is not recommended to vape. They are obviously a cooking flavoring company and therefore unlikely aware of the specific requirements for making flavorings used in vaping.

bminor All the flavors except the coconut dissolve in water, so they should be good to go.

Darn They looked like glass, I guess for the price…

As for alcohol I’d recommend airing the juice after steeping for an hour or two, otherwise the vape will be very harsh.