Been quite awhile since I’ve posted anything on these here forums but I watch and read from time to time still. For Xmas, I got a brandy new Reuleaux Gen 3, 2 battery mod and a Kylin Tank. Love them both as long as I’m vaping in power mode. But, I want to try vaping with either SS316 or Ni80 in TC mode. Not a big deal I’m sure but I cannot seem to get this right. I build the coils (I’ve tried spaced and tight, single and dual coils) to varying degrees of resistance (.2ohms to .45ohms) but every time I try to fire the mod, it kicks right back to power mode @ 20 watts. Read a bunch of things online from other sites and tried everything they suggested to no avail. I figure its time to come where I should have come to from the beginning… where the real pros are hehe. Any help would be greatly appreciated. Thank you in Advance.

You have to make sure everything is tight on the tank, check the screw on the bottom of the 510.
And make sure your ohms aren’t floating. To me it sounds like something is lose.

Just to point out, ni80 doesn’t work in TC mode. ni200 does. What you describe is exactly what would happen if you tried to vape ni80 in TC mode

If I’m not fully mistaken and I might be, but n80 can’t be used in tc, wattage only.

Ss316 will work if it’s pure and not something like a kanthal core with ss wrap, vice versa or n80 with ss and so on.

Try spacing your coils, lock the resistance of your mod allows it. Make sure you lock it when the coil is in room temperature aka cold and not warm/hot.

Make sure you’re using the right tc profile and it says ss and not ti etc.

Check the tcr, some mods and especially the ones not being that great at tc, have a wrong tcr setting leading in bad performance or being kicked out.

And as @Cutlass92 mentions, check your leads/screws etc.

Yes, I’ve seen it happen with a lose positive screw on the tank as well.

Yes, I’ve seen it happen with a lose positive screw on the tank as well.

that will do it as well. i like to re-tighten my screws after a dry burn in any case to avoid that

Everything is tight on the tank. I check and double check because Im a touch OCD hehe. Ive also tried spaced coils and even make sure the resistance is locked due to floating. Did not know about the Ni80 though so there goes that roll of wire so thanks for that tip.

I’d like to add, check the threshold, not that I think it applies in your case but I’ll mention it.

From the wismec site

Some mods just won’t fire if it’s above/below, others give you a warning, but then there’s mods that kick you out of tc if it’s above/below that. Power/wattage mode have different requirements and that’s why you still could vape it in that, if that applies here.

Mostly overlooked but in some cases the problem, hence I mention it lol

As said above…if building a plain round wire coil…use just SS …Titanium or nickle such as n200…now if u use a clapton or anuy type of exotic…the core has to be one of the above wires…it can be wrapped in N80 but the core needs to be a TC wire…also some mods will limit you the watts you can use in Tc …like 80 watts…not sure what u tried or what that mod is limited to…I vape TC 90% of the time…try some round SS wire…set the watts to like 50 watts just to see if it keeps u in TC mode…temp at 420-459…if u remain in TC ,increase watts like 5 watts at a time to see where it kicks u out…

Ok so I think I made a little progress here… rebuilt everything once again. Used 28g SS316L triple twisted. Resistance is locked at .15 ohms. Made sure everything that could be tightened was and double checked as I always do. Now when I fire it, it starts to fire then displays “Protect”. Now to my understanding, this is because its reached the desired temp and shuts down to prevent overheating. Problem is, its not heating up past a split second.

I could be mistaken, but couldn’t THAT be the problem right there? I’m pretty sure there’s been issues with that particular mod… But I’m fairly doped up right now, too!

Yep, it’s going into temp protect.
Are you sure you’ve got the right TCR setting? And your on 316 on the mod?

Theres only 1 setting for SS, Ni or Ti. After that its all about the temp and resistances. Im starting to think its the mod itself.

That wouldn’t surprise me.

Have you updated the firmware? 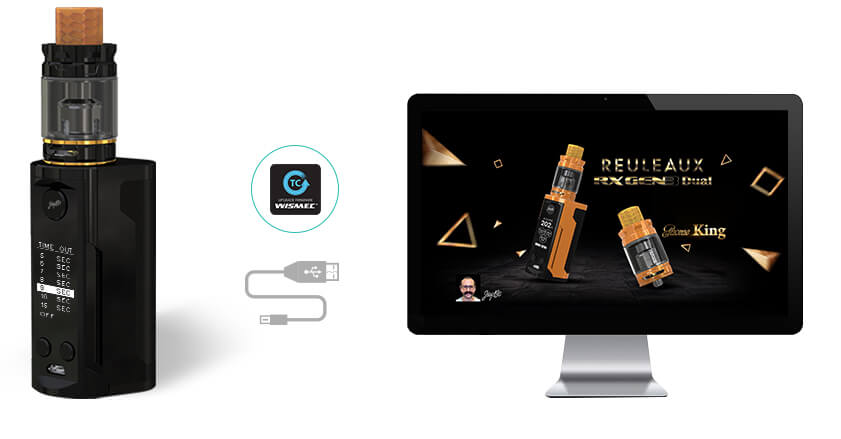 On a couple mods I have not yours, but crappy TC boards, although having settings for SS316 I could never get them to work did exactly as you describe, Ti 1 works fine though so just started using it.

Is this with a wet wick or dry firing the coil?

I didn’t see it mentioned so here’s yet another idea to check. I’m not familiar with the RX GEN3, but if it allows you to customize the TCR parameters beyond what the factory 316L settings are, then there are at least 3 known to work with that wire:
0.0088
0.0092
0.0150
Play around with those if you can. Good luck!