Not vape related ( project for my kids )

Ok guys and gals , i am starting to research sand , yes i said sand lol , and since i have depended on you guys after being confused from all the opinions on the web , so my kids asked if they could have a sandbox ( when we cant go to the beach they want to be able to play ) of course since its for my chilldren i have to think of all of them , my 2 year old has some minor skin irratations so thats a concern and it is often windy here ( island living ) so dusty sand is a concern … does anyone have a sandbox for their kids ??? and what have you used TIA

Not sure it is called the same over in the U.S but I used Washed White Sand here but I guess it is either the same or just called washed sand hope that help a little.

yes it does help , i read something about washed sand , tjen i read you could get mason sand and wet it down and that was washed ( i doubted this ) thank you its nice to have a group of people whom you can trust to steer you in the right direction vape related or not ty

…depends if you have free roaming cats.

We had a sandbox recently. I found that they have sand especially for sand boxes at the local hardware store. It comes in 50lb bags. They also sell colored sand, its more expensive but looks really cool!
The sandbox sand is really nice packing sand when u add a little water to it.

Don’t use pressure treated wood as it has heavy metals etc that would leech into the sand. I think Playsand is screened to a smaller grain than Mason sand along with a whiter/washed appearance

Make sure you have some kind of lid that you can put on the sandbox, especially if there is a lot of cats in your neighbourhood

Make sure you have some kind of lid

Pretty sure they make covers for sandboxes …maybe build the sandbox to fit any pre-sized cover. Of course I’ve also seen just “chicken wire”, so surely if you’re handy enough to DIY the sandbox, you could also DIY a cover

I’ve got nothin other than I 1000% agree with the lid suggestions… we had a sandbox when we were kids (no lid), we also lived next door to a cat lady.

We played with our Tonka trucks in a sandbox growing up with no issues but after reading about them as an adult I think they CAN be a terrible idea without proper care.

1st look into “plays sand” and it’s potential for dangers. Long story short, make sure there’s no tremolite. They aren’t required to list it but long term exposure is thought to be as bad as asbestos exposure.

They are a breeding ground for germs, bacteria fungus and parasites. A lid is absolutely necessary! Not just for animals that may use it as a toilet. If it rains and the sand gets wet that’s a pretty small area with an ideal breeding ground for bacteria. It’s also a good idea to change sand frequently.

I’m sure most of us here that actually played outside as kids played in a sandbox and are perfectly fine. I don’t even remember having a cover or ever changing sand so like a lot of things there’s a hell of a lot more paranoia. What I do remember is my mom freaking out if our hands went anywhere near our mouths. I can’t count the number of times I heard “you’re going to get worms” growing up!

Hygiene, maintenance and a safe source of sand and you’re golden.

I’m sure most of us here that actually played outside as kids played in a sandbox and are perfectly fine. I don’t even remember having a cover or ever changing sand, so like a lot of things, there’s a hell of a lot more paranoia.

This pretty much sums up my thoughts.

Of course, I didn’t eat paint chips, or try to shove a fork into light sockets either. Though I do remember eating dog biscuits and dog/cat food (dry) on dares with cousins, etc…I think it made for a shinier coat though.

Agree with the others though. A cover should be a good idea.

if i didnt have deer , raccoon , and other animals around i wouldnt be so concerned with a lid , but those animals are nasty and shit and piss in anything they could find

In the past I have done this. Get two small wading pools of the same size, a large planting pot and sapling of your favorite tree or one you have always wanted to grow, and enough bags of Quikrete play sand to fill one of the wading pools. Dig a whole of an appropriate size to place the wading pool in while putting the dirt into planting pot where you have your tree in the pot. You know the rest. The other wading pool is to cover and if you want to skip the second wading pool get a tarp large enough to cover the first pool. Now you have a sandbox for the kid and a new tree for planting at your leisure.

These were popular back in the day

Has a lid to keep the cats out

i actually looked at that the price point is great

The only issue is that it is kind of small. Perfect for a couple of 2-3 year olds though.

Pull out the tools my friend 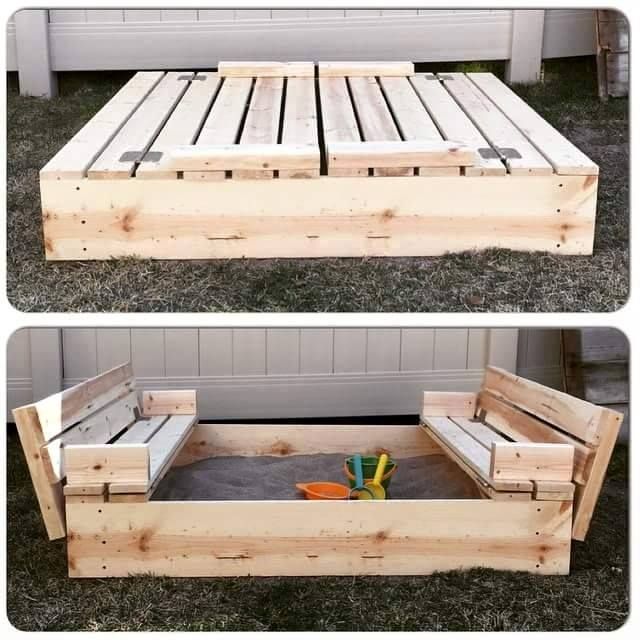 thats what ill end up doing , i seen one like this for like 2 bills i cld build it with my son for much less and hve a great time with him

Ya involving kids in projects is an awesome idea - i recently built a table for the kids lego and we all painted it and made a beach from real sand. They loved doing it and the result came out pretty good.

The town needs a bit of work as there appears to be a pile of people akin to a mass grave as indicated by arrow - the news will say tomorrow lego town massacre. 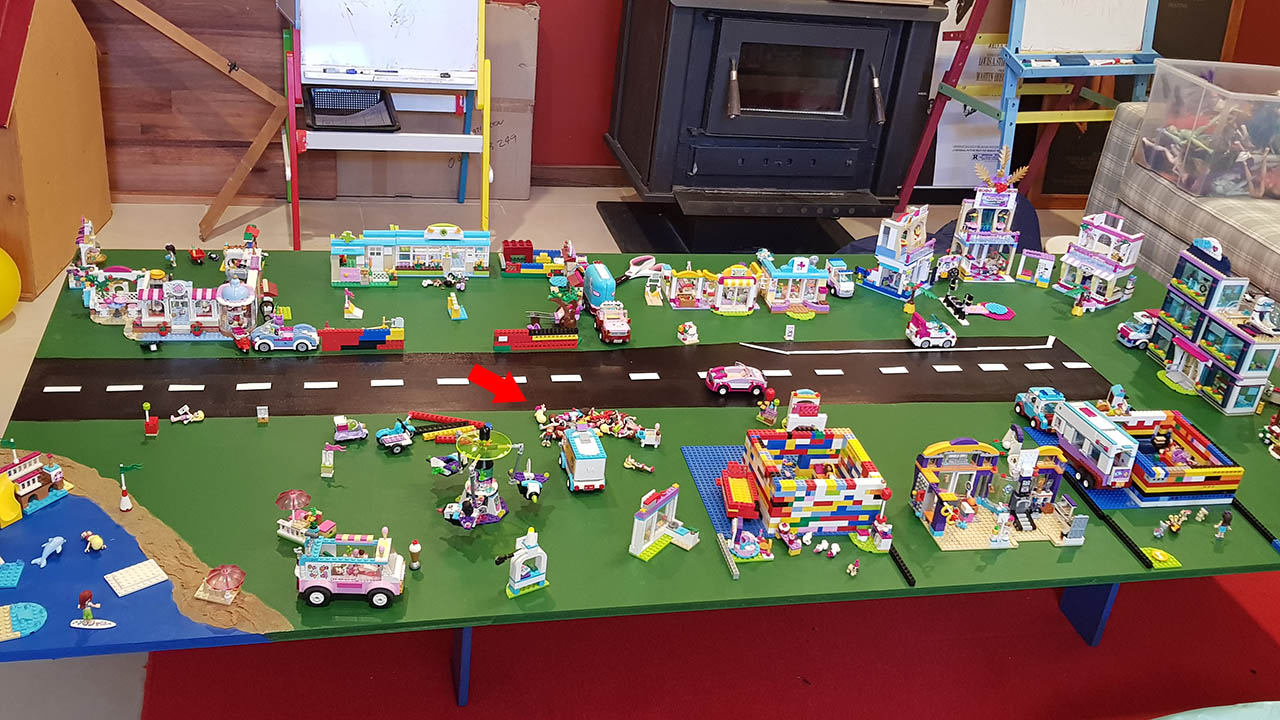