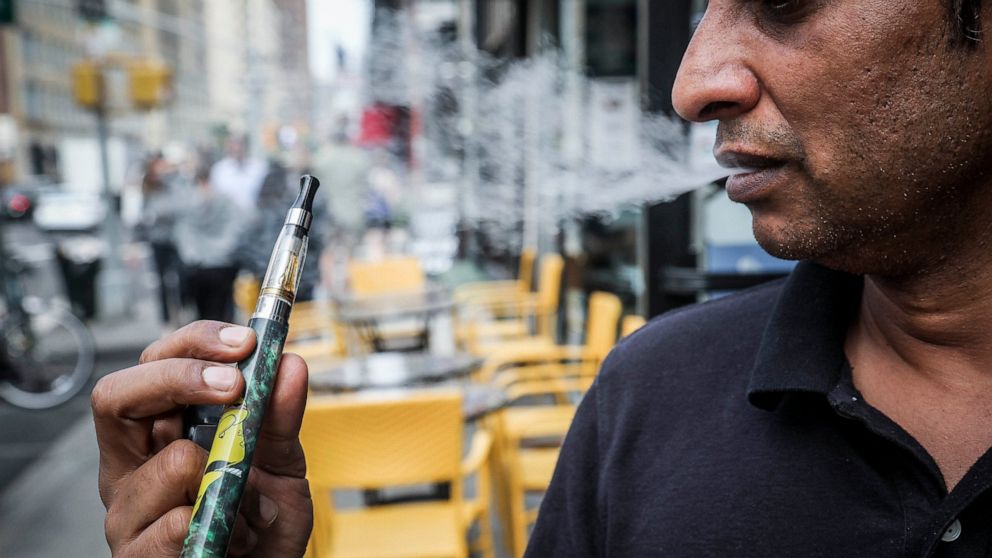 “Supporters of the vaping industry jeered and threw fake dollar bills from the balcony of the City Council chamber after the vote.”

Shizam!!! That there’s one more thing ya can’t have in N.Y. Another city that is on the list of best 10 to get the fuck out of. Funny how that works.

Oh my, at least they voted on it. My entire state banned flavors with absolutely no DUE PROCESS, some kind of “emergency declaration” BS

“Supporters of the vaping industry jeered and threw fake dollar bills from the balcony of the City Council chamber after the vote.”

This entry has been corrected to show that a vaping group official says the thrown dollar bills were real, not fake.

used pennies and called it a copper shower

I’m guessing some of them are into that anyway.

Today’s agenda… what can we ban…
All right then, we can ban sodas, we can ban foie gras, we can ban plastic bags oh yes, and styrofoam, we can ban hot dogs and processed meats, we can ban chocolate milk, we can ban “Illegal Alien” or words we don’t like, what else can we ban… ohhhhh Yeeesss let’s ban vaping and flavours!
Nearly forgot about that one, vaping is going to cost us 828.8 million dollars and all the money we invested in tobacco bonds, but how can we do it?? Ohh yes kids, kids are drug addicts because of vaping and… they vape Unicorn poop,and there’s a 17 year old kid in bronx that died, we can blame Juul and sue them they’ve got 70% of the market, we gain a lot of money, kids and adults will go back to smoking cigarettes, that way we save our tobacco bonds, “who cares about the collateral consequences…” (NYC Attorney General words!!)