Help me out would ya, just for shits n giggles…
I’d like to introduce you all to …(insert name)
Some of you might recognise the little bugger from the Steampugs website as he’s kinda the mascot, but unfortunately for the poor little thing, his dad (me) has been a bit lapse in his fatherly responsibilities and has forgotten to name him…
He’ll be starring in many a picture in future reviews alongside some fine pieces of Vape hardware so i feel it only fair that someone gets to name the little blighter …
Pugsley is already taken 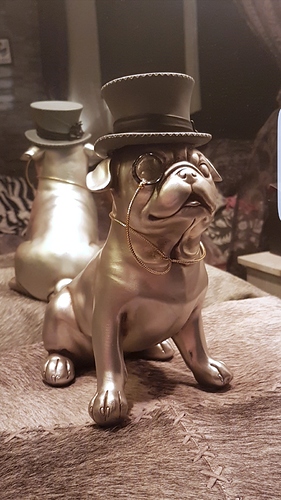 Bruce is what came to mind!

You think?..i was kinda leaning towards Terence

What about Buttocks, Pugs Buttocks?

Oooh Oswald is a good one

winston he reminds me of a winston ( not the cigg)

I like the Oswald , Terence or perhaps Sir Theodore …Cool looking mascot so deserving of being knighted!

ooh Winston is a another good one!..shit…I think he may end up having a long name