OneHitWonder's New Juice. How does this make you feel?

426 Likes, 86 Comments - One Hit Wonder eLiquid (@onehitwondereliquid) on Instagram: “Are you ready for this juice collaboration between One Hit Wonder and @vapemadhatter ? Juice Box is…”

Found on IG, not sure why it links to just the pic and not the IG post.

I get your point. This is very “Joe Camel”, but I think the point of this Vendors is to piss people off and just get them to talk about it. It’s like that book I Hope They Serve Beer In Hell: Tucker Max

Horrid… sold millions of copies. what is it called? Guerilla Advertising? But in the face of the looming FDA …it’s a little reckless …and they’re not-giving-a-fuck all the way to the bank

Right, not a single tobacco in sight.

Well its clever marketing im betting it gets them lots of attention… but im not sure i agree with them kicking the hornets nest to do it.

It really frustrates me. I don’t care why they’re doing it or what they’re thinking, it is more fuel for the FDA’s fire in their ‘war on vaping.’ It’s not gonna matter to them, they’re going to use it to say “See, they really ARE marketing to children. We must ban all flavors for the children!” Idiots.

“See, they really ARE marketing to children. We must ban all flavors for the children!” Idiots.

Another example of why we are our own worst enemies. The industry just keeps adding fuel to the fire. Sad really sad.

Probably Not the best choice…I love the idea and I get it but " the children " and you know " the children" will want to drink this or ppl will say look vaping is trying to recruit children now… Sad to think that they’re last flavor was a juice box I believe no more retailer can produce any new flavors as of the 8th am I right ? Idk ?

I got a email from Vapor chef stating they will be having no more new flavors til 2018 because of the regulations. 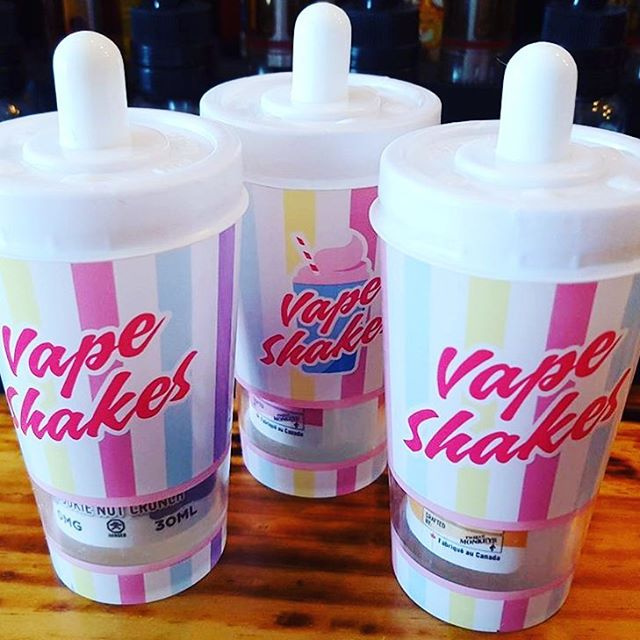 I understand that some people dont care about this kind of thing, personally im all about one watching their own kids. But with that said this is exactly the kind of shit that puts a bad light on the community.

My hopes were that this would inspire people to email these jackasses and express their opinion, i did.

I tried one of their liquids when i was up in the UP this year, i dont remember which one, holy sucralose! It was one of the sweetest liquids i have ever vaped, i took one pull and then cleaned out my RDA and went back to vaping Cream Dragon V8.

lol yeah their juice line is known for being intensely sweet… I like their Milkman, my man and muffin man juices in moderation

I think this is inexcusable especially at this point in time with all the FDA bullshit that’s going on.

I understand that some people dont care about this kind of thing, personally im all about one watching their own kids. But with that said this is exactly the kind of shit that puts a bad light on the community.

I do care and I feel it is absurd and they are crazy for marketing their product like this.
However Like you state ,everyone needs to watch their own kids.
I believe in Freedom and the right to make and market your product how you see fit as long as you are willing to pay the consequences.
I have another hobby/lifestyle that I won’t go into here but it has taught me well on how the Government operates.I could make every juice maker sell in a brown paper bag with black lettering and the gooberment would still be screaming “Save the Children”!
I will continue to show my displeasure with the company as I feel everyone should , with their pocketbook.
I do agree their juice sucks.I tried the Milkman and they included a sample of Muffin man , I gave them all away.

I have another hobby/lifestyle that I won’t go into here but it has taught me well on how the Government operates.I could make every juice maker sell in a brown paper bag with black lettering and the gooberment would still be screaming “Save the Children”!

Absolutely, this should piss people off too, fear mongering is never acceptable.

i dont see a problem with this , its sold in vape shops , where you have to be 18 , its labeled per fda regs , and i think that there are alot of things that people could say , that is appealing to children , UNICORN MILK etc , here is the thing vape products arent advertised in most places for children to see , i think this is going to jump off the shelves because of the approach , and thats what these guys are doing selling their product , i really dont think this is going to add any fuel to the fire , truth is big tobacco has already started the demise of vaping , the fda wants people to stop making vape products that the whole point of all this to weed through the little guys so RJ Reynolds and company could jump in and get their cut and until they have the biggest piece of the pie knowone will be happy , not us ( diy ) not the average joe who buys commercial juices and not the political assholes who are creating this bullshit , so good for OHW throwing their middle fingers up and saying fuck you we are here and we arent going anywhere

I think there should be a balance to be found with advertising.

On one hand at this point I have no interest in vape advertising and only care about the results is the flavor + safety of the product. Hence my jump in DIY. I also don’t really care about if they call something unicorn this, clown that (yes I’m scurd by clowns), and the like.

However, I do keep my habit away from my newphews. Which is the sole reason why I won’t participate in a contest connect to or forum that forces the use of social media like Facebook.

I would prefer to have advertising that is not connected to my childhood memories or their current ones. I did grow up near Apple farms, had fresh apple juice availble all the time ect.

That being said, well hmmm. My preferances don’t really matter. What does is the timing, like previously mentioned. This should be the time sellers clean up their acts…show that we be alittle more responsible. Unfortunately as it was said on DIY or die. More juice vendors are spending more money on advertising rather than selling killer vapes.

Grrr. Looks like I rambled on. Grrrrr. I’m not going to edit.

I think this is irresponsible in the current climate, with politicians and the FDA claiming these products are marketed toward children. It didn’t need to look like an apple juice ad, particularly that the primary consumer of apple juice is children, especially from those little boxes. This is just a company blindly trying to make a buck, with total disregard for the long term impact of their marketing on their customers. This is the sort of crap that is the reason we are facing the regulation we are all hoping to avoid. You can’t convince me they dont know who drinks juice out of boxes, obviously it is children. Its a huge problem, and i hope their customers speak with their wallets.

Looks like something that would have to be kept away from kids.