I have noticed that when I enter flavors into a recipe, the order is re-arranged at the final recipe. Is there something behind this? Is it using “order of addition” like with essential oil blending? http://www.experience-essential-oils.com/mixing-essential-oils.html
My wife makes lotions and stuff and knows a bit about it, so I’ve been picking her brain. I don’t feel like I would notice a difference…but then I came across this video of a big e-liquid manufacturer saying the same thing, the order of mixing makes a difference.
https://m.youtube.com/watch?v=96DYvbolhfk

So, I have purchased these, so I can weigh all my ingredients separately and mix like the big guys. ( for larger recipes only). It also has the added benefit of never going over weight, because you are not directly mixing flavors. I got a couple 10ml and 25ml too. 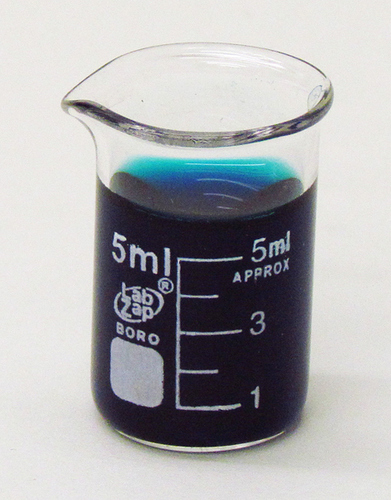 order is re-arranged at the final recipe

It puts them in alphabetical order.

Good to know…guess I probably could have figured that out.
I’m going to try mixing using this method.
Weigh vg into large beaker, weigh creams or citrus separate and nic separate. Then use the method.
Personifier (strawberry)
Enhancer (cream)
Equalizer (rhubarb, crust, etc)
Modifier (raspberry)
Nic
Just an example

In a commercial factory, mixing larger volumes, with hired help, I can very much understand having a clear and well defined lab protocol and mixing procedures.
I would hope so anyway.

Myself, at my desk, mixing 30ml at at time, I don’t see ‘mixing order’ of flavors is mattering at all.

i believe your right ive .mixed all kinds of different orders and never was there a change in taste , now i do what easy for me flavors , pg , vg , steep , add nic when ready to vape , all the calculator is doing is putting it in abc order

I don’t believe there’s a big difference in which order you mix. everything is thrown together ‘at once’ and shaken and left to steep. What I do believe, and this will be my next experiment in mixing, is that you can steep the different layers of your recipe separately and, if necessary, let them steep different times, to layer your e-liquid better.
For example, fruits need a lot less steeping time than custards and cookies are probably somewhere in between. My thinking is that I would start with the custards and pie/cookie base, and later start mixing in the fruits. Instead of one big blend of flavors, and some flavors that probably have mellowed out, I’m hoping to achieve brighter notes of the separate layers.

Now I can’t confirm this yet, but I’m pretty sure there’s something to it.
From commercial e-liquids, I have often experienced very well defined layers of flavors and just throwing everything together in various percentages and flavor enhancers, I’ve never been able to replicate this. So I’m sure that there must be some kind of trick like this (or something else if this is just wishful thinking).

Instead of one big blend of flavors, and some flavors that probably have mellowed out, I’m hoping to achieve brighter notes of the separate layers.

Interesting. The term ‘layering’ is something I applied to pipe smoking, I come to vaping from smoking tobacco pipes mostly, so layering different tobaccos in the same bowl, I would taste the various flavor notes along the way as the combustion continued. Note, the effect was different than blending the same tobaccos.

That said however, it seems your theory of eLiquids (key difference liquids) would amount to a ‘snapshot’ of flavor at any given time along the way until some time down the road when stasis or flavor melding is complete.

It all gets mix up and blended together anyway

Interesting video? The guy vaping on the carto is creepy AF lol and the liquid is bright pink! So AP is bad but food coloring is okay? Lol

Juice does not steep to a bright pink color. It can steep yellow, pale pink, golden or deep amber but not hot pink. The video showed the flavorings as well many had food coloring in them…BTW I agree with you on the seperate steep experiment and suspect some premium lines are done this way

Hahahaha! That’s what I thought…he must be into some messed up shit in his free time. Looks like he comes into work everyday with a new face scar, everyone knows not to ask about it.

I use the Factory Line approach. Mix each bottle with flavorings. Add nicotine to each bottle and lightly shake. VG, then PG.

Just so everyone knows, this is not my idea. This is a method that has been used for many years. It is a true science, and it is used by Flavorists, essential oil blenders, eliquid manufacturers, etc. The sequence of flavors added can truly make a difference. Big difference? Probably not. But I’m gonna find out god dammit!

I totally do that in my tanks. I’ll vape 2/3 of a tank with a certain flavor, and then add in a different one on top of that. As you get through the last third of the first flavor, the second starts blending in, and then by the end of the tank you’re back to mostly the second flavor. I’ve developed some of my favorite recipes by layering my tank like that.

My thinking is that I would start with the custards and pie/cookie base, and later start mixing in the fruits.

Are you thinking of making flavor bases of the creams and fruits and blending later? Or, are you thinking more like making a custard base to steep then adding the undiluted fruit flavorings later? Sounds like an interesting experiment either way.

I’m just making an example. I don’t just mean custards but anything that you want to stand out as a refined layer in your recipe really.

Once flavors are added together, they start doing their chemistry. I just think that pulling some flavors apart, let them interact with each other and have those results then interact with other’s will give a different result. Kind of like using brackets it a mathematical expression.

Once flavors are added together, they start doing their chemistry.

Right. Some flavors tend to fade though. Adding them undiluted later instead of as part of a base and blending may provide desirable results as well.