Positive news for Vaping, a must see

This video is a must see and is positive for us Vapers if it goes through.

That is frigging awesome!!! Let’s only hope that this goes through. I am tired of the FDA claiming that vaping is tobacco.

Thanks for posting this.

If it goes through i hope it has a ripple effect on the TPD over in Europe.

One can only hope. If the United States can do this right for once, one can only hope it sets the standard world wide. Then your TPD can be stopped and get better legislation.

It’s good and bad. The bad is that they want to regulate vaping devices, batteries, put serial or lot number tracking, short circuit protection, and discharge monitoring. So what does this mean for vaping devices? Personally I think they would love for all of us to use something like a juul and for it to be sold like cigs in most stores. Try to read between the lines. I mean it’s good news but beware of hidden agendas. I heard from a big flavor manufacturer that by 2022 (i think he said) even flavors will most likely be regulated and the only people who will have access to them are other large Ejuice manufacturers. At least that’s what his thoughts were.

You’re damn skippy they would.

I’m not feeling overjoyed here. All this does is removes regulatory authority from the FDA and gives it to another governing body, and removes that idiotic definition of tobacco products. Big woop. If they said the only thing that will be regulated is products containing nicotine, then I think we could all agree it would be reasonable and less of a hindrance. As it stands though, they’re positioning themselves to yet again be the baby sitter.

More good news on the vaping front in the US. If anyone seen the surgeon generals opinions when he was on good mythical morning you should like this.

The White House administration on Friday dismissed U.S. Surgeon General Vivek Murthy, saying it is continuing the process of transitioning to new leadership.

it says they are supposed to vote on the new fda commissioner soon. maybe he will withdraw the deeming regulations. that would be nice. …not holding my breath

This is great news for the whole world of vaping, it would influence law making here in the UK and Europe and the ridiculous laws enacted in Australia.

This is great news for the whole world of vaping, it would influence law making here in the UK and Europe and the ridiculous laws enacted in Australia.

What ever happened to Australia? The “Wild Wild down under”. Land of self reliance. Now the Uber Nanny. It’s a mess.

Someone mentioned the new rules in Australia and I said that can’t be right not there, but a little research and I found it to be true. What’s Wrong with them can’t they see that vaping is the best way to get people off the dreaded weed and save lies. I had smoked for 43 years and switched to vaping in a week haven’t smoked since, coming up to 3 years vaping. Much happier now with my choice.

I get that for sure. My story is very similar. What I don’t get is how Australia did a 180 in every respect. The UK has been a nanny state forever. The U.S. is well on it’s way but there are still a few people left that don’t want every aspect of their lives band and regulated. Seems like Australia is becoming another culture where you can’t fart without a politician sticking his head up your ass to sniff it.

The Australian Gov’t likes that money! They claim they want to reduce the overall health hazard but at the same time the outrageous tobacco (and alcohol) tax and monetary burden they impose on the the smoking community is a nice addition to their coffers. I lived in AU for a while and could not believe how much of an underlying agenda of money there was toward the “health” legislation they pass.

Just extract vaping from tobacco legislation. The two should never have been associated. I’m sure Mr. Hunter and Congress may understand this simple fact as clearly as we do.

Folks like @Mooch and @Dampmaskin have done more for vaping battery safety (safe use) and dissemination of what info’s needed by us for this purpose than a thousand pencil pushers at the FDA. Had gov spawned as many pages of regulations on what a proper battery should be, we’d still be trusting them first and last. Label, or no.

Changes are good, whoever might do the regulatory spinning, that they’d continue to conflate things real good to our disadvantage (like now, batt’s and other hardware).

We can encourage and support our own knowledgable efforts or we can let the bureaucrats forever wave those sticky fingers at us. Someone’s always going to find something wrong with what we’re doing. And you can be just as certain they’ll have a rule ready for it.

The choice is yours. Until they take it from you.

Interesting… Would this be the same Rep. Duncan Hunter? 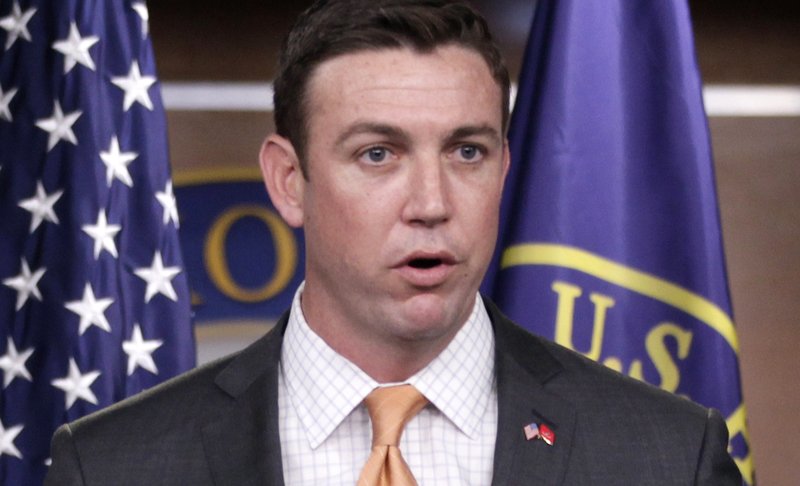 &nbsp; By Miriam Raftery Photo: Clip art; the actual "Duncan Thumpin'" costume has not yet been revealed April 18, 2017 (San Diego’s East County) – Hopping down the bunny trail—and the campaign t

Errrrmm… really? I’m typically not the political type, but, I do like to do a bit of research on who is representing our vaping interests.

Don’t forget your VP Mike Pence is big tobacco’s best friend. People should stop looking at politicians if they want to change anything. Those greedy bastards are all in it for themselves, professional liars the bunch of them.
I think any honest person would run away screaming after spending some time crawling through a sewer filled with alligators. Everybody that can handle that year in year out must feel right at home.

Those greedy bastards are all in it for themselves, professional liars the bunch of them.

…other proper terms for this type of individual would be:

…and my favorite: GRIFTER!

Is there any news yet on this ? Hopefully as soon as the UK is out of Europe we can follow suit and and stick the upcoming TPD in the garbage bin !!!