Proof the FDA director is off the wall

Meet Robert M. Califf, M.D., Commissioner of Food and Drugs and seems to be going out of his way blindly at full steam in the wrong direction failing to look at any clinical facts also trying to kill me and others he prompted white is good not to be confused with prejudism to Ward white and black people but prejudism to Ward sun no sun even with Superior evidence here is just one study he refuses Two Decade-Long Study Finds Sun Avoidance Doubles Risk of Death

A Swedish study5 published last year followed nearly 30,000 middle-aged to older women for up to 20 years. The average follow-up was 15 years. At the outset, they asked a number of questions about sun exposure, such as: Do you sunbathe? Do you take vacations in sunny areas in the winter? Do you garden with short sleeves and shorts? And, do you use sunbeds? What they discovered was that women who avoided the sun were twice as likely to die over the course of the study.

The researchers attributed this finding to the influence of vitamin D. What this study shows is that chronic sun exposure appears to be associated with less mortality. It’s also the first study to show that women who use tanning beds live longer than those who don’t. This is in direct conflict with what almost every dermatologist will say, including the former US Surgeon General, who was a dermatologist. It’s unfortunate, but the danger of almost any specialist is that they fail to take the broader perspective.

Dermatologists see and treat the effects of UV overexposure every day, and therefore tend to ignore or minimize the other side of the equation, which is that sun exposure has a wide array of health benefits—one being a reduction in overall mortality as evidenced in this study. Such benefits are easily overlooked though, since no one will think to attribute a longer life and/or absence of disease to the fact that they spent time in the sun!

What’s this have to do with vaping everything there is already plenty of studys word wide to prove be on any doubt smoking KILLS topped that off with unlimited proof those who vape stop smoking long term .and a few old folks like myself that have had unbelievable turn arounds for me it’s not about Good or bad for me .I am still a live at least for now and don’t plan on going anywhere soon I get so mad all my medical forms askin smoker not smoking no place for vaping how the hell am I supposed to get any evidence they don’t want to know the truth 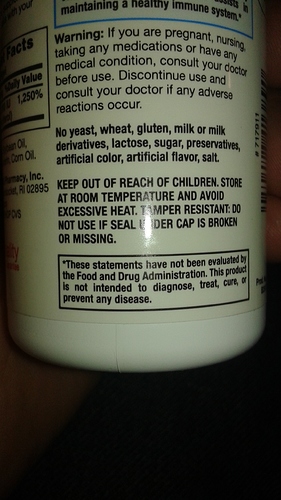 sun exposure has a wide array of health benefits

As a fair skinned person, I can assure you the sunlight is evil and is trying to kill you.

Well hell, stay in your coffin while the sun’s out or else it will kill ya…

I have to agree with you. I have spent 40 some years out in the sun working, most of that time 50 to 80 hours a week. I have never used sun screen during that time and have never suffered from any type of health issues other than from smoking. I have known many others from the same work environment that used sunscreen and have had all kinds of issues related to sun exposure.

My wife and daughter would always get mad at me because they would try everything to tan and the first short sleeve weather day I would come home red as a lobster but by the second day the red was gone and the tan just kept getting darker.

Everyone is different but I need that exposure to the sun to feel healthy. The area I have lived in all my life has pretty much 4 equal seasons and towards the end of winter I feel miserable until I get back in the sun all day.

towards the end of winter I feel miserable until I get back in the sun all day.

Me too, I’m like a plant. In the winter I shrivel up into a seed and hide, when the sun starts coming out I start to blossom.

I noticed in one of you post some heavy equipment pic I live in FL been working out side my hole life till I got skin cancer I look at vitamin D like my e cig is to smoking .I no longer have a choice in the manner . I was trying to make a picture all people need sun and there are others like my self it will kill me quick and dam near did .just like smoking it’s just slower but a fact and do to the closed mind of the FDA who States the sun is bad white skin is good and fail to recognize the good that comes from vitamin D they don’t do that just like they fail to recognize the good that comes from vaping rather than smoking there is tons of evidence to prove smoking is a major health problem .and most people who try and quite fail until recently e cigs have changed that .fact

Skin cancer and my freedom to vapor I take very serious 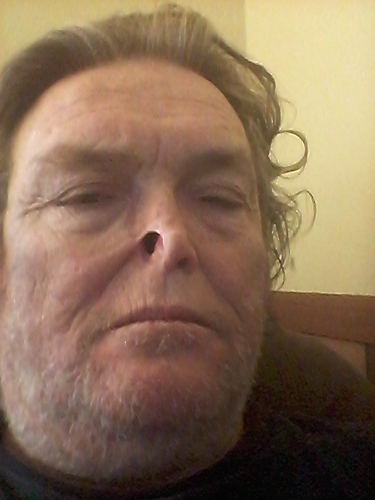 @lost_in_vape Trust me I do know exactly what you are saying. In no way was I trying to minimized the message you are trying to point out. I was only agreeing with what @Josephine_van_Rijn was saying and sharing my thoughts and personal experiences.

Many of the people I have worked with running heavy equipment over the years have had this happen to them.

I am one of the lucky ones for now anyway never know what time will bring.

My father in law on the other hand has not been so lucky. He also ran equipment all his life and is battling skin cancer now like yourself.

Truly my thoughts and prayers go out to you.