Recipe for lots of smoke on the cheap?

So, I’m actually not asking for actual vaping use, but rather for use as a ‘special effect’ of sorts, meaning I wanna make an object produce the smoke on its own. Which, in turn, means I needn’t make it nicely flavored or anything such and thus it’d be quite a shame to use finely-prepped, nicotine-conmtaining liquid whose only use is to be watched dissipating.

So, what kind of ideas would you guys employ for what’s basically an unmanned chimney? 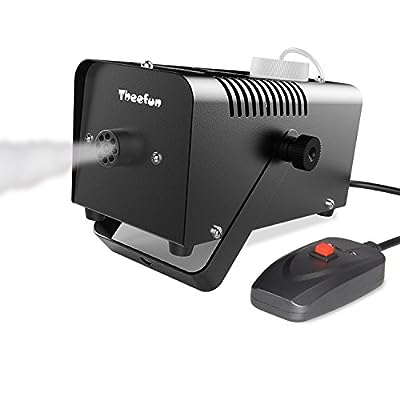 And the juice it uses 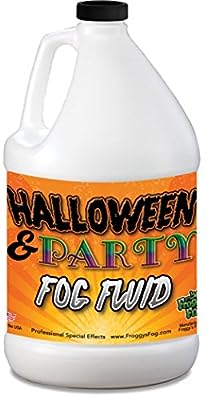 Make your own juice:

Make Your Own Fog Juice

Make your very own fog juice that is cheap and very effective! All you need is a few things. *What You'll Need:* • Distilled Water •...

The catch is, I need it tiny and battery-powered

That said, comparing recipes and the fog liquid you linked sheds some light, and the two machines aren’t too different in principle.

Still, this is the customization corner, we can do better

You got it wrong, this is not the customization corner, this is the DIY corner and a little Google Fu will take you a long way. I did my part and posted battery operated devices for you which i found in 3 seconds by the way by googling…

Sorry, sorry, this came off wrong. I didn’t mean any disrespect.

Truth is, 30 minutes ago I thought fog machines run on dry ice, so I didn’t think to look that way anyway.

But, I’m big on the DIY bit, on every field. I wouldn’t bother with this if not for that element. And I figured, this was the place for just that, so I was disapointed facing ‘it’s been done and on sale’, cause that’s not what DIY is all about.

Thing is, the devices we use - including Batteries and Mods - are not made for permanent fire.

Thing is, the devices we use - including Batteries and Mods - are not made for permanent fire.

Usually, with some of your replies, I wonder if you got out of the wrong side of the bed, but this time your reply was unusually restrained. Are you ok?

Yeah not sure what happened there. I’m sure i will be back to my normal self by tomorrow

I have seen this exact same thread being posted on another forum some monhs ago.

What is your angle here? You seem a bit lost.

We can send you in the right direction if needed. Free of charge.

Is that a hammer in your pocket, or are you just happy to see me?

@Curious_Cappybara you could modify a vape device but it would autoshutoff after max 10 seconds. It would also be about $50 minimum. For liquid you could use pure VG …notice the FOG juice is Glycerin …probably not best for vaping. We use a purer source. Using a bottom airflow atomizer you could blow in instead of inhaling and generate fog …for 10 seconds. Maybe just some plastic tubing and duct tape. Sounds a little risky to make a battery sourced generator but it could happen …no pics? …it didn’t happen

For liquid you could use pure VG …notice the FOG juice is Glycerin …probably not best for vaping.

That’s what I thought too, thanks!

Using a bottom airflow atomizer you could blow in instead of inhaling and generate fog …for 10 seconds.

It would get fried for longer, huh? Perhaps dripping it on a hot surface would work for puffs?