I wonder if any of you have thought on when you buy a brand new mod often the display if it is a plastic screen its often very small scratches in it even when its brand new.my thought was if someone know how to clean them up and remove them? I wonder if car polish or toothpaste does it worse anyone with experience?

As long as you are talking ONLY about a cover, I’d recommend using Novus plastic polish #2.
I strongly advise that you do not use it on actual LCD screens (only on the protective cover on top of the LCD)!!

Even the slightest pressure (on certain screen-types) can ruin the LCD.

The manufacturer’s website is here:
https://www.novuspolish.com/
And could lead to alternate sources than Amazon (for those in other areas).
I haven’t checked though.

Oh, and the small bottle (3-4oz or whatever it is) will last you “hundreds of car stereo faceplates”, or charger screen covers, etc.

A little goes a looooong ways.

what you mean? you mean only use it on the outside glass? not the acctual screen inside the mod?

i tested with autosol cream polish it become little better:) i only used it on the outside screen not the acctual screen in the box mod

Has anyone tried making a screen protector for their mods? Is there any kind of clear vinyl or similar that can be cut to size and applied permanently/semi-permanently to protect screens from dings and scratches?

I’m sure you could cut a basic vinyl screen protector to size with an exacto knife. A tempered glass one would be a bit more challenging to cut, I’m thinking.

Doesn’t sound like you’ve tried it, tho. Maybe I over-stress about scratches on my screens.

I try to keep my mods looking as pristine as possible. It’s always the screens that show they’ve been used at all.

I try to keep my mods looking as pristine as possible.

I know what you mean. 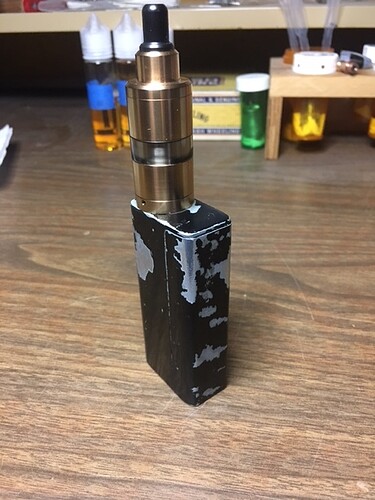 No I haven’t. Minor scratches on tiny screens are not much of an issue for me. If it were touch screens, then maybe. I would suggest you trace the area with a pencil and paper, then use that as your template for the screen protector. Using a sharp blade over the screen itself could cause more problems with accidental scratches. Assuming you want to attempt it, that is.

Looks like an older IPV or ELeaf mod, maybe? Pioneer For You mods were notorious for crappy paint jobs.

That crusty but trusty mod is an almost 7 year old Joyetech eVic Mini. That thing has been dropped on tile, concrete, and it’s never skipped a beat.

I dropped it in the garage once, and my reaction was to put my foot out and try to prevent it from hitting the concrete. Well, in my advanced state of decay, my reactions are a little slow. I succeeded in kicking it across a 2 car concrete garage floor and under the workbench, with all the old spider webs and sawdust and other debris.

I found the mod, door, & battery, and blew it off with the compressor and it still worked fine. That thing has been so reliable, it’s the mod I stocked the most of, for the stash. The old eVic Minis take a lickin’ and keep on tickin’!

Still some left at Joyetech USA if you can stomach the color. https://joyetech.us/evic-vtc-mini-with-ego-one-mega.html

I meant to say EVic not eleaf. I have one of those (a Dual model)left and it’s still chugging along. I picked up like 6 of the minis when they were 15.00 or so to give away to new vapers trying to quit the analogs, and they have been solid mods. I may pick one up even though it’s a bad color. That’s what mod wraps are for LOL. Thanks for the heads up!

I loved my eVic VTC mini. I’m not sure what the difference is between it and the eVic Mini. It looks like it has the same body and buttons. It was a very hardy mod. I wish I’d gotten more than one of them.

I may pick one up even though it’s a bad color. That’s what mod wraps are for

Wraps def have their purpose. Wish there were more places that had them. I miss when Jwraps had tons of cool-looking wraps with textures and stuff.

Lots of videos on making your own are available. Made a few basic ones myself, but would love to have a Cricut and just go to town (just don’t have the extra hundos to justify the cost). Great tutorials on the Cricut and making mod wraps on you tube.

It never occurred to me to make my own wraps. I can’t imagine cutting it to fit the curves of some of my mods. Something boxed shaped like the VTC-Mini wouldn’t be too bad, but I wouldn’t want to make a habit out of it. LOL

I’ll have to look up a video or two to see what’s involved. Thanks! 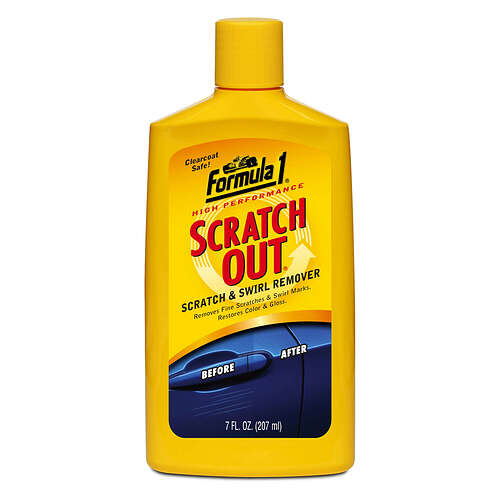 This will probably do the trick. I’ve not actually used it on a mod screen but I do used it on paint and plastic headlight/taillight covers. Works great on both. At least it won’t go to waste after using on you mod screen(if you have a car).

I would be concerned about rubbing on the screen. Even though it has the protector shield(the piece you want to remove scratches from) there is usually electronics stuff underneath the screen board and it might not like being pushed on repeatedly. I would remove the board and support the screen assembly if I were to do it.

Many years ago, my dad taught me to use a mild abrasive to polish the scratches off of the glass/crystal of a watch. He had a tub of Dupont wax #<can’t remember>. It worked great. 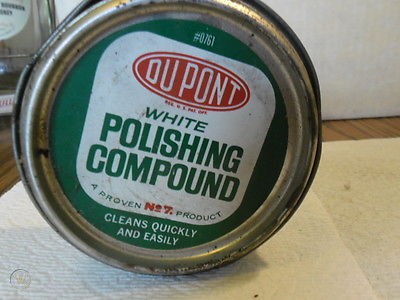 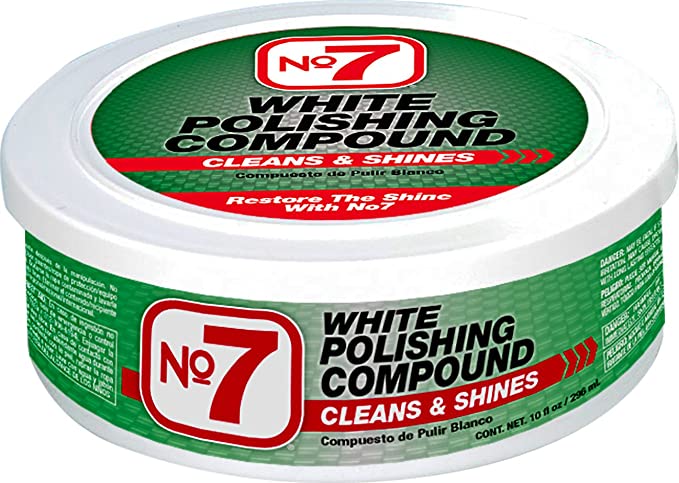 err, was it #7, or were you just showing that for illustrative purposes?

Haven’t we had the screen issue before from you? I only find that a screen has relevancy with chipsets full of pointless function: You set the mod at what you prefer at home (which magically lacks all intrusive glare) and lock it.

I just checked all and they are locked, apart from those which rely on a potentiometer.

err, was it #7, or were you just showing that for illustrative purposes?

Illustrative purpose. I really can’t remember the number or if it said “white”. I remember the metal tub and the first picture is the look I remember. The second picture is just showing that a very similar looking product is available today in a plastic tub. I don’t see it saying Dupont.

When I was in the aircraft service industry. This was the gold standard for polishing acrylic aircraft windshields. 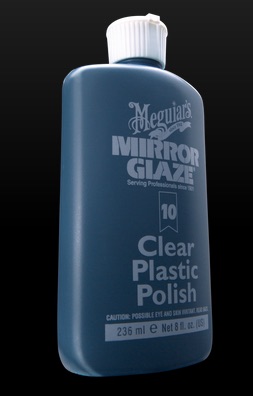 Looking at Meguiar’s web site, this appears to be the new bottle style. 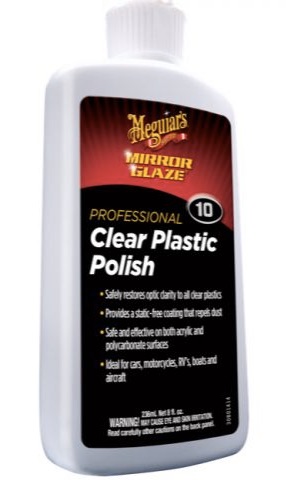 If the scratches are indeed ‘mini’, I wouldn’t try removing them. Scratch removal is a very tedious process involving many steps with progressively finer and finer grits.
Instead of removing them, I’d suggest trying to fill them, with this #10 clear polish. It really does work well.

Try the easy route first. It’s only $10 for a bottle, I think. It should also work well on plastic eyeglass lenses, to fill those tiny scratches.