Anybody got a clone for the mysterious blue juice?
https://www.vaporworkz.com/collections/juices/products/7-wonders

Got a profile definition of this e-liquid?

Smells like an odd mix of blue raspberry, blueberry, dragonfruit, banana, pineapple, IDK just guesses lol hoped someone here knew
Definitely has a sweetener in it.

Sounds tasty, that would be a tough one to clone or someone experienced could luck up and hit them rather close with a test sample of the e-liquid. For me, fruits are difficult to exact clone, some taste so different to others in pairs as others taste them the same. 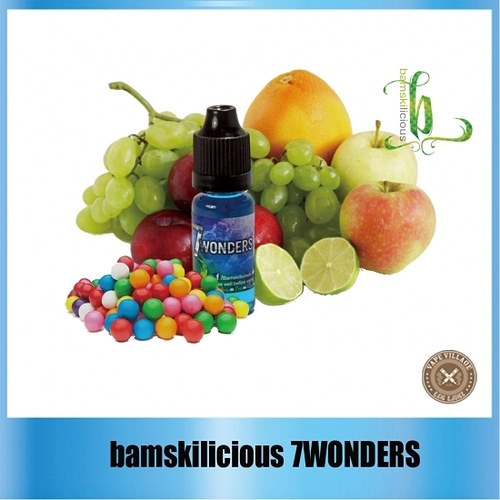 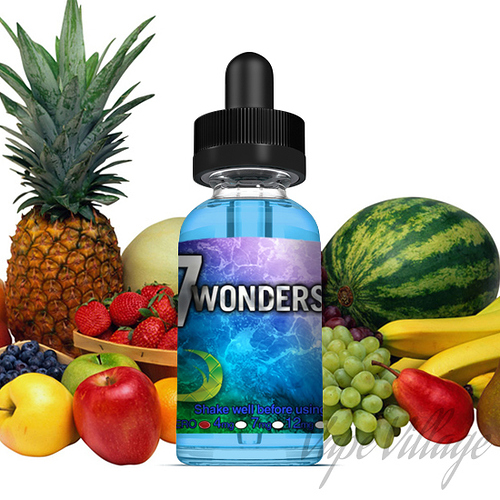 Hmm, I may try an idea when I get a chance, I’ll let you know. Now know that I have never tried the 7 Wonders e-liquid but, I know all of those fruits and what percentages I would mix them at if I were to mix them. I can make it turn out tasty but it may not be quite the same profile. It may be less than tasty or even more tasty or real close to the profile of 7 Wonders. You never know till you mix it up and test it out.

Just curious have you experimented with this any? Or happened to aquire any to try out? Still on the hunt haha

You know, I did mix this up but I didn’t have any Bubble Gum worth using so I had a different idea. I used TFA Kettle Corn as a base with some creams and it made an awesome cereal. I have not mixed it as gum yet though but it probably would be good with the right bubble gum.

Good to see you around - hope all is okay?

Well it doesn’t taste anything like gum, it’s just a very hard to place fruitiness. It’s so good and my senses can’t make out much of anything, but definitely don’t taste any sort of gum standing out, if it’s there it isn’t much of it.

Wasn’t doing too well there for a while but I’ve managed to get work and place to stay again so I’ve been easing myself back into mixing again this last couple weeks, mostly for myself but this 7 Wonders is something my girlfriend’s mother requested I clone but ugh I’m sure I don’t even have half the flavors in it, so I’m hoping other people can help make some progress until I can order some more. Pretty sure it has blue raspberry, a very little bit of apple, pear, some sort of citrus (tho very low %), strawberry, blueberry (also pretty low %) but uh yeah they say it’s 7 flavors, and I can definitely taste some sweetener in it get just a hint of sweet aftertaste on the lips that sucralose likes to do… I have no blue raspberry left or apple so I haven’t been successful in this yet

Sorry to hear things were crappy, but glad they are looking up again

That’s a whole lotta fruits to try and match - don’t envy you one bit! Persevere though - I’ll bet you will master something she likes just as much if not more, even if it’s not the exact same.