Preserve your right to receive vaping products in the mail.

CASAA has learned that the vape mail ban language is being added to the 2021 omnibus budget bill. The budget bill is “must-pass” and the next scheduled vote is on December 16th, 2020.

What does this mean?

This bill would prohibit the U.S. Postal Service from accepting packages of vapor products for delivery and would add vaping products to the PACT Act (Prevent All Cigarette Trafficking Act).

What happens to online purchases?

S. 1253, the Senate version of HR 3842, will prohibit Mail Carriers from accepting packages of vapor products to deliver. This will disproportionately affect those in rural areas where vape shops may not be nearby, as well as affect those who may not be able to sign for deliveries. Keep vaping products accessible to all by opposing S. 1253.

Reject S.1253 it prohibits USPS from shipping vapor products. It would raise the cost of purchasing for people who depend on online orders.

Every day another step down the totalitarian path.

Thanks for the heads up Mike.

Evidently I’m not getting my CASAA emails again. /sigh

Those pricks heaped it into the budget

Anything tied into a federal wage budget is a bill that certain can’t pass any other way. They gave “cigarette quitters” like us the big ‘F’‘U’ 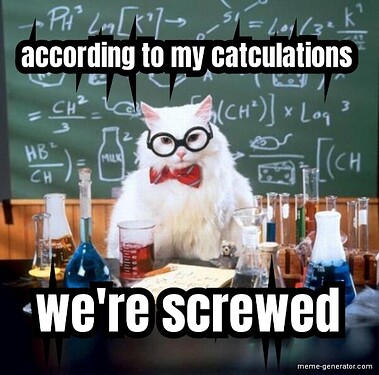 You know those guys…? Yeah…their Assholes!!!

Thx @mjag I did an email and a phone call. Casaa encouraged to reply more than once if you can.

This makes me so angry I can’t even spit out the words to express myself. Who the hell do they think they are? Restricting the USPS? Shame on them.

If they defeat the most freedom loving people in the world, the rest of us are fucked. It’s no exaggeration to say that when America sneezes, the rest of the world catches cold. There is already moves afoot in Europe to tighten the noose around the vaping industry with TPD 3. Do we really believe that they won’t get around to us in the UK eventually? It is simply naive to think they will allow us to build a massive evidence base proving, unequivocally, the relative safety of vaping in comparison to the stinkies. Without some kind of effort on our part, within 10 years the vape industry will be dead, with the exception of the fag company disposable systems which this onslaught is all about. We now even have to be careful of what we say lest the thought police turn up at the door and cart us away. Doesn’t matter whether it’s free speech, vaping, ridiculous restrictions for a basic flu, restricting our free movement, or any of the other myriad of repressive measures they are forcing on us…the time to stand up to them is fast approaching. We MUST educate our sons, daughters, cousins, uncles, aunts, friends and aquaintances who are members of our military and Police forces about the agenda of these c**ts. For me, these scum need hanging by the heels from streetlights and a fire kindled under their heads.

My Italian grandmother told me what they did to Mussolini after he was executed by firing squad. They hung him in the village square (but not by his heels…

). My maternal grandparents were from northern Italy where he was executed in a small village called Giulino de Mezzegra (I had to check the spelling, lol) and she saw him hanging.

Yeah, all these fascist totalitarian types need to be hung one way or another, I agree. I (being of the tender gender) just don’t care for the “c” word

We MUST educate our sons, daughters, cousins, uncles, aunts, friends and aquaintances who are members of our military and Police forces about the agenda

“And how we burned in the camps later, thinking: What would things have been like if every Security operative, when he went out at night to make an arrest, had been uncertain whether he would return alive and had to say good-bye to his family? Or if, during periods of mass arrests, as for example in Leningrad, when they arrested a quarter of the entire city, people had not simply sat there in their lairs, paling with terror at every bang of the downstairs door and at every step on the staircase, but had understood they had nothing left to lose and had boldly set up in the downstairs hall an ambush of half a dozen people with axes, hammers, pokers, or whatever else was at hand?… The Organs would very quickly have suffered a shortage of officers and transport and, notwithstanding all of Stalin’s thirst, the cursed machine would have ground to a halt! If…if…We didn’t love freedom enough. And even more – we had no awareness of the real situation…. We purely and simply deserved everything that happened afterward.” – Aleksandr Solzhenitsyn

My apologies for the ‘C U Next Tuesday’ expletive M, BUT I AM JUST SOOOOOO ANGRY!!! Everything we have striven for over the past 60+ years is disappearing, right under our noses

One of my sons is in the military (Paras) and he is pretty certain that no matter what the order…they will obey it! Very, very scarey

Any help from other side of the planet /EU/GB possible?
They ask for an USA Addy

It is scary. The indoctrination and brainwashing begins preschool and gets intensified through the falsification of history and blatant use of propaganda to manufacture consent to commit atrocities. I’m former military. I believe your son is correct.

As a representative and constitutional republic, we supposedly have democratic lawmaking procedures aimed at protecting our citizenry. Tacking this onto a spending bill bypasses our system and is an atrocity…a usurpation and diktat…an extortion: if you want support for the spending bill, then give us this power which is only good for private interests. The very definition of fascism. Like Mussolini, private interests will make the trains run on time. Uh huh.

I get it Ed. I get so angry sometimes I can’t even spit out the words let alone think about what i’m saying, but I appreciate your acknowledgement. Thx

I wish, it is a fight we have to endure. My only hope is those that want to live a healthier life step up.