Okay, so my liquor enthusiasts out there what is the difference between all of those? I am more asking about the scotch. (Single Malt and the likes.)

And what is a good inexpensive brand if one were to try one.

Okay, so my liquor enthusiasts out there what is the difference between all of those?

Basically though (in a nutshell), Bourbon is typically corn based.

Whisky/Whiskey is typically the most open-ended.
(Usually barley, corn, rye or wheat based).

Scotch is my personal favorite, primarily because of the smoky note. There are blended, and then single malt. Due to budget, I prefer Chivas Regal. Dewar’s is fairly decent though. I wouldn’t go any cheaper than either of those.

Glen Fidditch is widely available, and ranges from decently priced to their upper deck which can hit a couple hundred (or close enough) per 750ml bottle.

Single Malts shouldn’t even be considered IMO until one knows that they like Scotch. Simply because, it’s more about subtleties (area of Scotland it came from, the pete it grew in, etc) and aging techniques once you hit that arena. (And I’ll defer to the more experienced, and affluent for Single Malts.

Glenn Fiddich and Chivas Regal are my go to’s when I’m feeling rich, Jack Daniels, Jim Beam when I’m in need of that bourbon

Shall we look in the liquor cabinet. 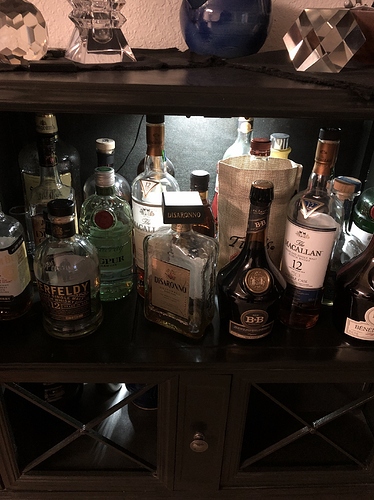 If you distill a whiskey in your kitchen that meets all of these standards, congrats, you’ve made bourbon. Also, you’ve broken the law; the ATF is probably outside your house right now.

Idgaf about the law, I’m totally getting a still and some charred oak barrels and I’m making bourbon in my kitchen.

Hold on, I’m coming over.

Personally I like macallan single malt (12year) as a great introductory drink. I find it better than the 14yr (or was it 16 not sure). Price point depending on taxes is 40-60 depending on the state.

Bourbon, I often go for the different it what sounds good. As of late it has been Jim bean devils cut.

Gin. It all depends on what your trying to do with it.

But back to macallan 12. Every person who has tried it has been happy with it. Even the people who like dewers (which is cheaper by 5-10).

I’m not fancy, I drink cheap(er) liquor. Jack Daniels/Bourbon when I want it straight, and cheaper whiskey when I’m mixing drinks. I’ve never liked Scotch in the past when I’ve tried it, but honestly its probably been almost 10 years… So I should probably buy another bottle to make sure.

Anyways… I guess I’m not of much help here. Lol

whadya know, VM all over the liquor thread…

Never really been fond of whiskey, gave up Bourbon (Crown) because it tasted like water after a bit and then I want to hit people. Always like scotch and my preferred to date is Glen Livet, Fiddich would do in a pinch if that’s all the was.

Thank you all. I may try a small bottle of some of the ones mentioned. I really do appreciate the invite. As my knowledge is minimal in this area. 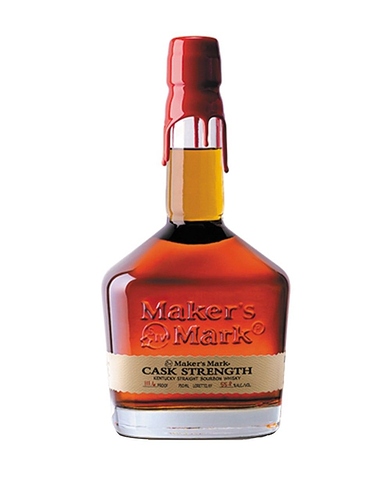 Being a Scot who worked for many years in a distillery,Ballantines, I am maybe a bit biased!
There are many fine malts that cater for many pallets but my single malt choice would be the Glenmorangie Signet. This is one fine whisky that very much worth having in your drinks cupboard, but be warned it doesn’t stay too long there and if like me, you will find it has to be replaced quite frequently! LOL

A bit pricy,last bottle I purchased was roughly £130.
But believe me, it is worth every penny if you enjoy malts.

Oh Look! They named one after @ozo

Pappy Van Winkle's Family Reserve 23 Year Old Bourbon Whiskey 750ml takes generations of distilling know-how to produce. Only the most careful and expensive distilling method can be used to create a whiskey as special as this one. 089319123785

Yeah. Perhaps. But the catch is, it’s only as old as one of his granddaughters might be (I’m guessing).

I mean, there’s got to be something tucked away for special occasions that’s almost as old as he is…
What do you think?

Honestly if you are after cost effective, stick to bourbon. Even pretty good bourbon isnt going to get you much past $50-60 per bottle. Sure they are out there up to a couple hundred or more, but that is really uncommon. I have an almost legendary collection of bourbon. Makers Mark and Knob Creek are probably the typical “high end” outside of bourbon circles, and they are fine, but there are many less marketed and far better bourbons to be had. I think most of the stuff from Buffalo Trace is incredible. They distill the Van Winkle, Blantons, and one of my favorites, Eagle Rare. Jim Beam does some excellent work as well in their extended line, as does Wild Turkey. There are still dozens more to choose from. Most of what you will find in your liquor store is either made or distributed by a small handful of companies, but generally they are true to their roots. There are still more than a couple independent distillers, but they are growing fewer every year.