have you tried MF dark chocolate

NF chocolate fudge is good after a 14 day steep and so is NF chocolate. I’ve got a homebrew chocolate experiment that should be ready in February if you wanna hang on.

This came out very close to the milk chocolate effect I was after. V3 still stands as my last bit of work on it.

I haven’t tried any dark chocolates yet. I was afraid they would be too bitter. I’ve tried a couple milk chocolates and “chocolates” , they brought a couple unexpected notes to the mix, namely a kind of an alcohol note. I’ll give the MF Dark Chocolate a go and see if that works. If it turns out too bitter I guess I can always sweeten it a bit.
Thanks for the suggestions.

Bittersweet chocolate would do the same thing, if your looking for a chocolate chip cookie type recipe.

Don’t recall ever seeing tfa bittersweet chocolate Dan. What % did you end up with and how long a steep?

Just ordered some TFA bittersweet and some MF dark chocolate. Thanks @Dan_the_Man and @fidalgo_vapes.
Of course if either flavor doesn’t work out, it’ll be your fault that I bought them

if either flavor doesn’t work out, it’ll be your fault that I bought them

I almost recommended TPA Bittersweet Chocolate (Extra in the name at BCF), it is a highly underrated flavor in my opinion. It adds such a dark and delicious vibe to chocolates and is super yummy along with coffee and tobaccos. I thought I was the minority in liking it, yay @Dan_the_Man

Let me know how that MF goes

Purilum just released some good news chocolate flavors. I think they are really good. The chocolate cake, chocolate pb, and neo are all excellent to me. If you buy them and don’t like them I’d buy them from u and pay shipping.

Thanks @juice_junkie_lover I’ll check them out. If I do buy some and don’t like them, don’t worry, I won’t hold you responsible or expect you to buy them from me

. But thanks for offering brother!

I was thinking you could try the same thing I did. Take 3 oz coarse ground cacao nibs and roast at 300* for 15min. Cool. Pour into a mason jar and add 6 oz vodka. Cap, shake and store for 3 months. I did the same thing with finely ground roasted nibs and added pg. I can add sweetener later but as of now, it’s doing great and smells like a rich dark chocolate. Something to consider cause you asked to make one. I’ll strain this in February then filter if I need to.

Now THAT is an interesting idea. I’ve thought about “brewing” my own tinctures or flavors before but thinking is as far as I’ve gotten with it. I’ve talked to
@Bob_Bitchen about it before, he brews his own dill flavoring.
I might actually give it a try this time. Thanks @R113.
But … where the hell do you get cocao nibs? 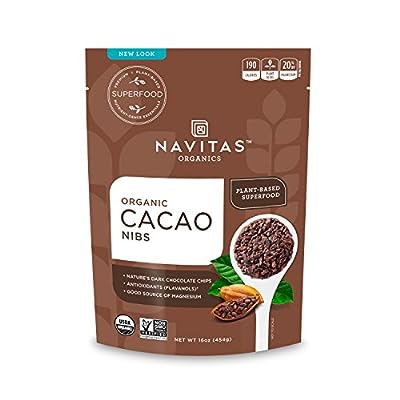 I wasn’t too thrilled with chocolate flavors so I went to the extreme. I used 80 proof vodka but not the cheap stuff. Use a coffee grinder to chop. When you pour in the booze, either use 6 oz or enough to cover the tops of the cacao.

@Saxonn it is called NET (naturally extracted tobacco and tea ) you can extract all kinds of different things, like chocolate, which is a brilliant idea @R113

Roasting is the key. I tried it raw and all the fat came to the top and turned to goo. Just no longer than 15 min. When the kitchen just starts to smell like chocolate, turn off the oven and get the nibs out. I also tried cocoa powder and that was an epic fail. It’s too weak to do any good I think and might need a very high grade to make that work