This has been a long time coming and I apologise for the delay!

I won this tank in the competition run by @Heaven_Gifts in August 2018 and I received the tank on Friday 7th September. It was suggested that I provide a review to share my opinion, so here goes nothing…

First, the stats from the box: 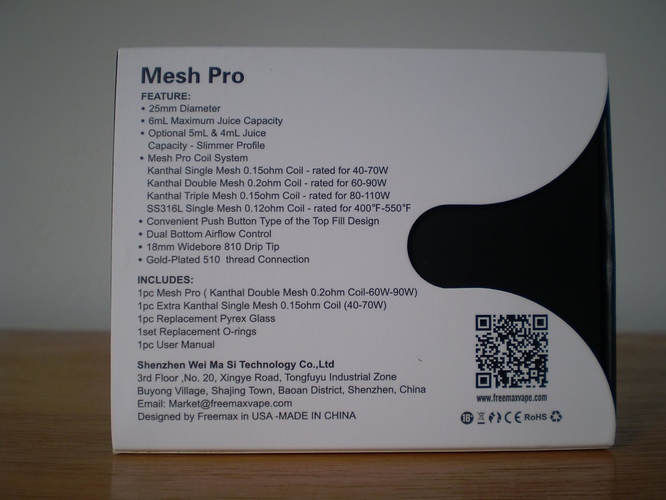 Second a bit of history, I am a MTL vaper, I mix my own E-liquid and at the time was new to Sub-Ohm tanks.

I started vaping in February 2018 with an E-Leaf Icare 110 and 160 (pen style) and after a couple of months I was not getting much enjoyment, in terms of flavour and constant refilling, from those units. However, I had managed to quit cigarettes and did not want to turn back. I moved up to a VooPoo Too mod kit with the Uforce U2 Tank and I was finding that I was getting more flavour satisfaction from this.

But what did I really want?

More flavour… and a bigger tank, I was tired of having to refill my tanks throughout the day.

I saw the competition being run by Heaven Gifts, I did some quick and not very thorough research.

I thought “what have I got to lose, it’s got a 5ml tank, supposed to be great flavour and the coils will be interchangeable with my Uforce” (more about that later).

So I entered the comp and was lucky enough to win! and boy was I excited… I could not wait to receive my new tank and give it a try.

So, a month later I received the MeshPro in the mail…
I opened the box… 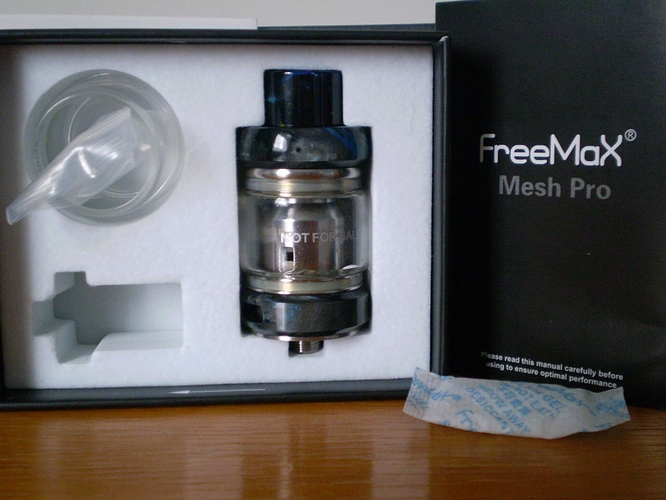 …and my first thought was “OMG this thing is HUGE” but could not wait to fill it and get vaping!!

Here’s a picture of it next to my VooPoo Uforce (I did not have the bubble glass on the Uforce when I received the Freemax, the Freemax actually looked much bigger than it does now). 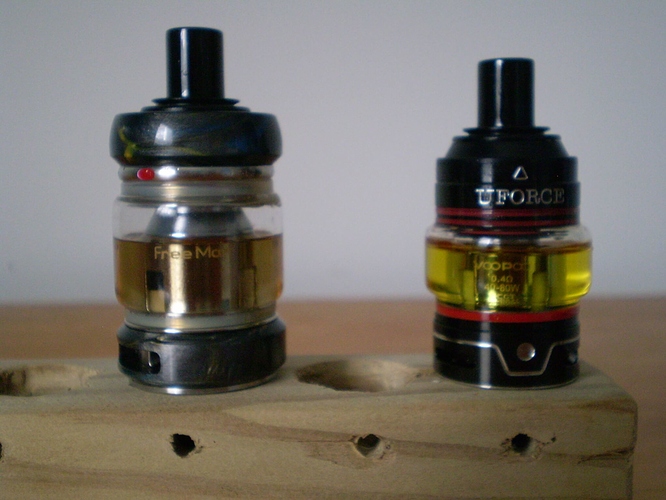 I opened the tank to prime the coil and realised that “oh no, the coil wont fit my Uforce!”

Being the noob that I am got it confused with the Freemax Fireluke Mesh tank, Doh!

Geez, this mouthpiece is huge… OMG I can’t use my spiral drip tip… it doesn’t fit. Oh well…

Anyway, a few little differences that I hadn’t expected aside, I primed the coil and filled the tank, let it sit for a half hour or so and started vaping with the Mesh Pro for the next few days, weeks and now months.

The flavour still is amazing, I mean it makes my mouth water it is that intense… and very consistent over time, I don’t find that it fades even when the atomiser is getting close to replacement.

I was having so much trouble with flavour prior to this that I was looking into using additives (acids and sweeteners) for my flavours, but I haven’t bothered. The flavours are bold and sweet on their own – I do tend toward fruit flavours, some bakery but no tobacco’s.

I did clean and re-use a coil once, while I was waiting for my Vape Mail and was able to use it again for about a week.

This is a picture of the atomiser at about one week: 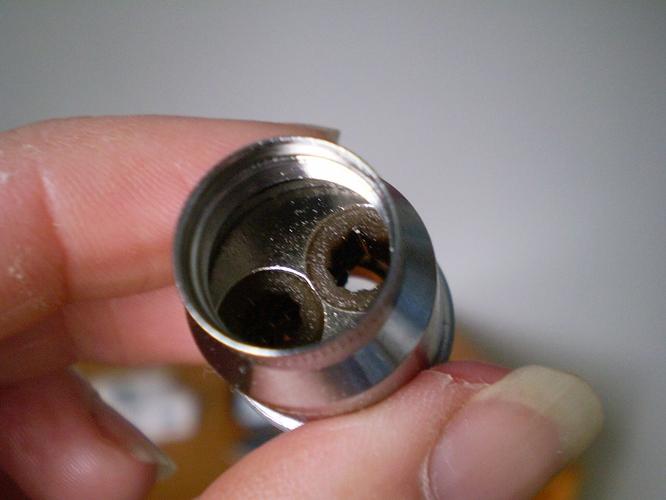 I did not like the wide bore drip tip as it is too wide for me, so I bought an adapter and fitted my 510 spiral drip tip. 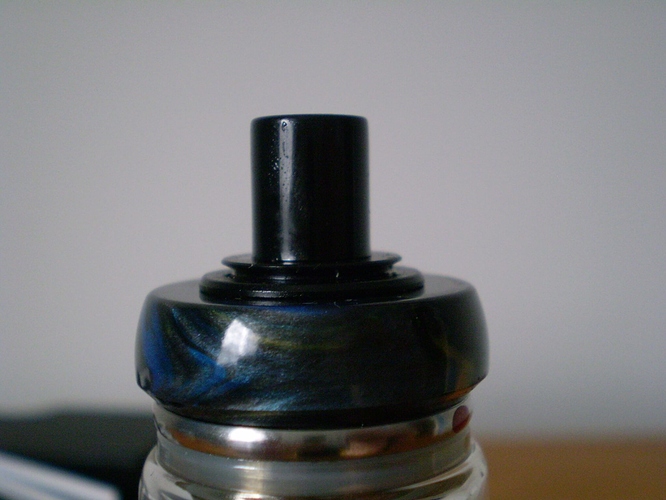 They are only a few dollars per piece and if you, like me, prefer a small bore, this is the way to go. A pity one is not included with the pack.

I love the slide top filling and this does not leak at the top (my Uforce does) and it is easy to fill using a larger bottle (60ml pictured) as the bean shaped hole is quite large. 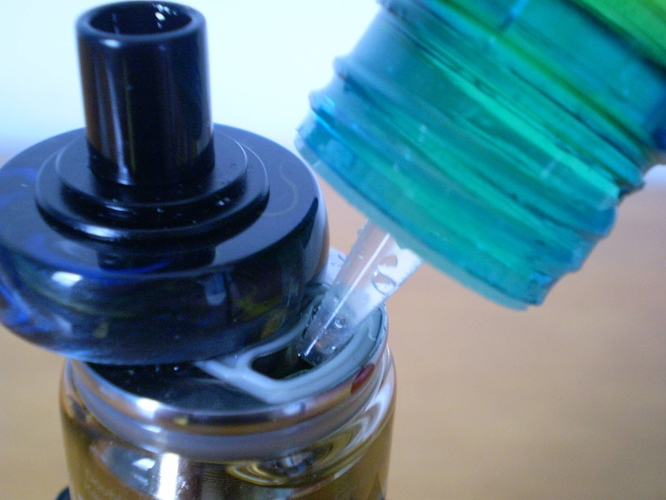 I did also use the Kanthal Single Mesh 0.15ohm coil that was supplied and I found it had good flavour but IMO the Double Mesh 0.2ohm coil has intense flavour.

As for the bottom airflow, I am not a fan. I have it on the Uforce also and both my tanks leak.

It is very frustrating and I have tried to remedy this many times over the past couple of months and I have to say that this is the main reason I have delayed my review.

I really was hoping that I could eliminate it completely but I cannot seem to do this. And the worst part is that it will leak unexpectedly, I’ll think I have it sussed and I come out in the morning or look down after a cuppa and a vape and Boom, leaked again all over and inside the mod.

Dont’ get me wrong, I have reduced the leaking but from the first day I have had problems with this.

One thing I did find was that on a fresh coil from the packet, the large bottom O-ring often rides up the coil (as pictured) and is not sitting in the top ridge at the bottom so I have now been checking this also. 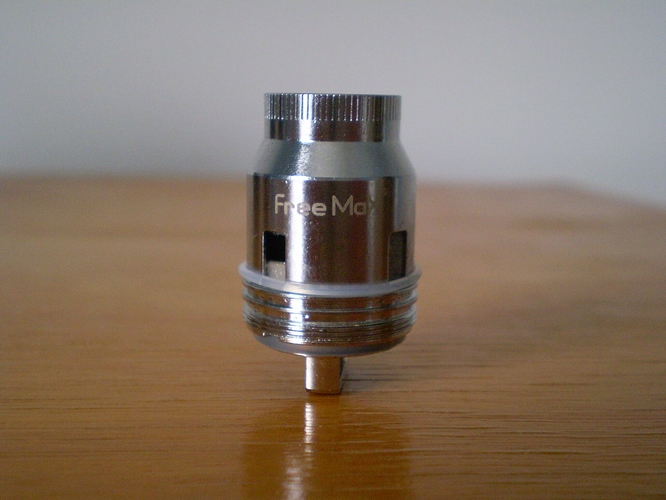 One thing I have not tried is increasing the wattage past 30 watts, I do this occasionally if I can see that it is starting to leak but I don’t like a warm/hot vape, I prefer cool/warm.

Another thing I have not yet tried that may solve the problem is increasing the VG of my e-juice, however I am concerned that this will sacrifice the longevity of the coil. This would also mean mixing different batches of e-liquid for my husband and I and I prefer to keep it simple.

I also find that having a lower ohms coil, I am using more e-liquid than I realised I would.

So at this stage for me, I’m afraid I am moving to a different tank on both of my mods.

The bottom airflow leaking is doing my head in and for me I need to keep things simple so I am moving to the same tank as my husband uses - top air flow, no leaking, which I tried for two weeks and am happy with.

I would not discourage people from trying this tank, it really is an amazing vape but not for me.

IMO it is excess to my needs, well for now anyway – who knows what the future holds, lol!

I think it would be more suited to people who vape high wattage and at the lower end of sub-ohm, are happy to use larger amounts of e-liquid and I don’t think they would have the leaking issue (as I have not read that it is a widespread issue).

I hope that this review has been informative, if nothing else. Thank you for taking the time to read it. 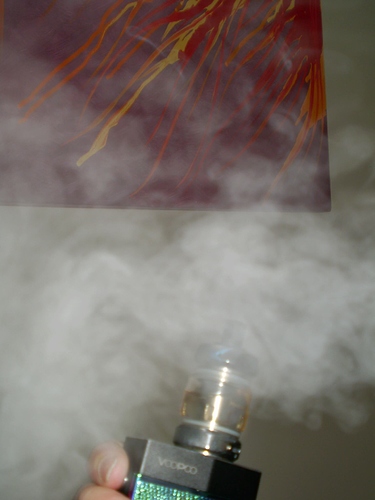 (p.s. sorry the pictures are so big)

Nice review cheers. I would suggest upping to a 70 vg mix will most likely solve your leaking issue.

Nice review cheers. I would suggest upping to a 70 vg mix will most likely solve your leaking issue.

Thanks for your feedback @TorturedZen

Thanks for the review!!!

Thanks @Tworrs and @Stankhammer, I appreciate you taking the time to read

Hi all,
A bit of an update…
Thanks to the advice given above, I have increased the VG in my mix for a few days now and the leaking has reduced significantly. I have not had a full blown leak since.
Thanks @woftam and @TorturedZen