Short Must See Piece of VideoFootage

It is a Dutch video but there’s a bit of footage starting at around 44:30 that is in English and you really, really have to pay attention to that bit of truth coming out there.

I have no social media and I would really appreciate it if someone could just cut those few minutes of video out and spread it as far and wide as possible. 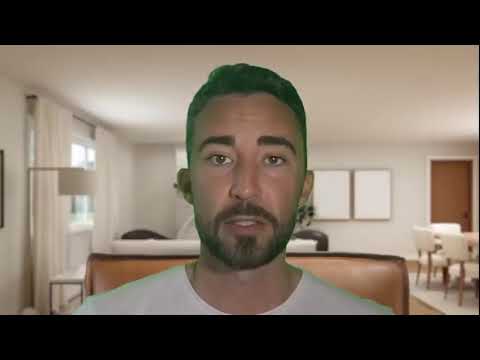 Do you know the Time stamp for the English part?

Can someone explain to me. I had difficulty following the entire English part. It seemed to me he was making light of some things that he shouldn’t be. But I know there’s more. Sorry I’m a bit vapid these days due to not feeling well.

Yeah @Josephine_van_Rijn, can’t you just tell-us-like-we’re-five in a multi-paragraph summary?

can’t you just tell-us-like-we’re-five in a multi-paragraph summary?

He’s giving a media training in which he explains how he used scare tactics on the Belgium population about the Mexican flu so they would all be willing to get a vaccine.

He told the Belgian people that 7 people a day would die of this pandemic and added laughing that that happens every year and is a conservative number.
People die of flu every year but it’s never talked about, so when you do, people pay attention.

‘The first few days are most important to set the stage. Make sure you’re available. Tell them they can ask you anything and always pick up the phone so they don’t look for alternative sources of information.
One story only is very important.’

Then when after a few days the first flu deaths occur, everything is in place.
Then you have to come up with priorities about who will get vaccinated first.
Women, children and the vulnerable of course.

Then he said he took advantage of the fact that a Belgian football club had vaccinated their top players before anyone else.
He said he made a big fuzz about that in the media. You know, if even those top players want this vaccine, it must be really good.

Does it all sound familiar? He was laughing his ass off all the time.

I think we’re derailing the thread

Could anybody who’s moderating move the rest of the junk somewhere else, @woftam @daath?
I don’t mind some derailing but 45 post about something else entirely is a bit much and I think this info is way too important to be buried in BS.

thanx for the explanation, i saw it, but didn’t “see” it.

quote="Josephine_van_Rijn,
Does it all sound familiar?

very much so. yes, covi is bad. but if china and the dems were not trying to get rid of Trump, this would have been treated and just another bad flu. like the one 3 years ago my wife almost died from. in fact, if not for Trump, this may have never happened.

sad thing that most of a populous are sheep and believe the news without question = “why would they lie !” = its because they are trying to manipulate us to do what they want so they can profit from it.

if not for Trump, this may have never happened.

I’m sorry to disagree with you dear. The world is a lot bigger than the US and this is everywhere.
These plans have been set up decades ago, way before Trump ever decided to run for president.

some things cannot be contained. a means to an end, whatever it takes.
history has shown this.

Then he said he took advantage of the fact that a Belgian football club had vaccinated their top players before anyone else.

I caught that part and then really knew what a jackass he was, laughing while telling it. He laughed a lot throughout his entire foolish schpiel. I guess I needed help understanding it because I couldn’t believe my ears…“is this real”?

Thx for posting this, although it burst my bubble thinking that there had to be smarter/better people than what I see in my own country. Now I’m REALLY scared.

We should be, it scared the crap out of me.
It is one thing to rationally know that these people are psychopaths.
To actually witness the callousness and the enjoyment they find in it is sickening.
It literally made my stomach turn.

It is a real shame most of this video is in Dutch. There are bits and pieces in English but not enough to follow the story.

They have looked into who the people are who own this world and it comes down to a few investment companies.
The top 2 are Vanguard and Black Rock but when they did some digging, they found out that Vanguard owns the stock of Black Rock.

When they tried to find out who owned stock in Vanguard… they drew a blank.
I’m sure you can find some names of influential families that have been around forever and are sitting on a pile of loot so high they can’t even see the planet anymore.

They don’t like the way things are going, all them bloody rights and mouthy people.
They’ve given the plebs about half a century of fun and games to keep everybody distracted whilst they started working on a controle system that this world has never seen before.

They have crossed all the T’s and dotted all the I’s and now time’s up.
Fun’s over.
This consumption society they’ve pushed on everybody themselves, is unsustainable, we need a reset.

Since most people are not aware of the pile of wealth a select few have gathered, they probably clamour for those who still have to hand it the fuck over for the sake of everybody else.

We have already been trained to adopt the ‘the other’ mindset.
People better wake the fuck up and fast.

we need a reset.

BIG time! The only true reset, imo, is the reset of the human heart and mind. It’s no shortcut and difficult to achieve but I see no other true and lasting way. Traditional religions have tried in their petty, miniscule ways. Politicians claim they can make change for the better (guffaw, we’ve heard that before) and that leaves…us. I think we’re the only ones who can change the minds of each other through honest dialogue. You have exerted yourself this way by sharing important facts and reaching out to others. I thank you for that, it makes a difference. I shared your avatar on FB and it made a huge hit. It really hit people hard, in a good way. It’s not a small thing when you can make people think twice. Thx

So, if you want to make some money, use Vanguard Funds

The Van Ranst bit is actualy true, and still manages to stay on TV.
Pepole here are also angry about this but they seem to keep it all on a low fuse due to the restrictions.
Look at what happened @ Holland a month or so ago, they stood up for theyr rights and gotten violence & more violence.

I shared your avatar on FB

sharing important facts and reaching out to others.

I do my best dear, my demonstrating days are over. I’ve been on the barricades long enough. It’s time for the younger generation to take that part over.

So far they seem very meek. Poor sods can’t help it I suppose. Being spoiled and told all their lives that they could do or be anything they ever wanted.
The party daze hasn’t lifted yet.

I know, and one of our key players in the Corona Charade, who incidentally made millions during this crisis, virologist and influenza specialist Ab Osterhaus, was sitting in the audience at that time.

Look at what happened @ Holland a month or so ago

It is happening every Sunday. People peacefully gather on Museumplein to ‘drink coffee’ between 14:00 and 16:00.
At four the thing is over but every week about 10 or 15 minutes before people are going to leave, the major sends in the cavalry.

Horses, dogs, truncheons and watercanons.
They are now busy with a new law that will enable them to shoot.
The whole thing is fucked up.