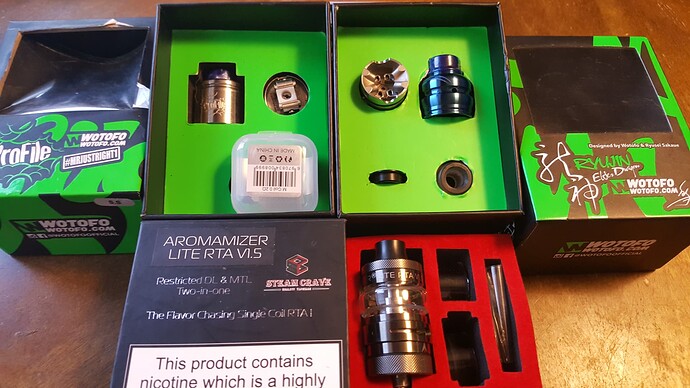 20211223_1617231920×1080 189 KB
Finished putting a build on two of these and now I remember why I always have stayed away from small single coils
Tha Elder Dragon wasn’t bad but putting a buil on the rta was he)), because it’s so small,
That being said, I’ll never use them. Maybe the elder dragon if I had a good regulated squonker.
@Dan_the_Man , I thank you were wanting the Elder dragon, it’s yours if you want it,
It will have to wait till after the holidays as I’m broke and can’t send anything out.
Just let me know and I’ll hold it for it for you
11 Likes
fidalgo_vapes December 24, 2021, 10:34pm #2

I love the Elder Dragon. It’s my favorite single coil RDA for sure and I have dozens and dozens of that variety. I think it’s awesome all around and use pretty big coils in mine.

The Aromamizer Lite can be really flavorful. There’s not much of a deck and chamber space though lol. All of mine have been messy little bastids but can’t complain about performance.

I’ve had a Profile sitting in a closet for years. I got good at making SFC coils this year and can make them really wide. I saw some people were making SFC coils for mesh-like substitute or alternative a few weeks ago. I started my making and trying different variations and holy hell does my profile vape really nice now. I have lots and lots of rolls of mesh, and packs of mesh strips that’ll probably never get used now. There’s just no comparison because the SFC coils are just plain better. They’re not as finicky and prone to hot fire mesh hits either…

I enjoy using a bit of everything. I’m not strictly single coil/mesh atomizer fan. I do prefer RDAs to tanks but still use RTAs and even sub ohm tanks. I see people vaping three identical setups all with the same coil and can’t help but think they’re missing out. I dunno…everyone’s different I guess. I just think there’s lots of good ways to vape. There’s no improvement when you settle for good enough. I used to think I was getting great flavor until I tried new things. I realized I didn’t truly know what great flavor really was.

I’ll say that I wasn’t initially impressed with the Aromamizer Light. I just broke it out again to try with the Steam Crave Mini Robot and I have a new appreciation for it. 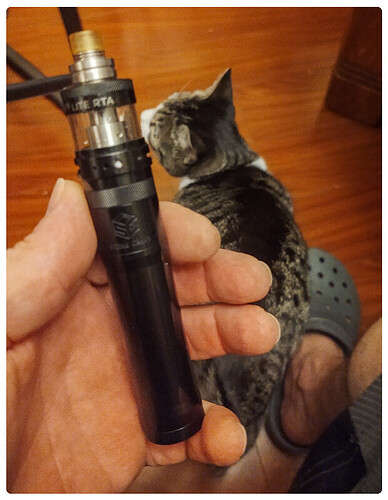 It’s time to clean and re-wick. 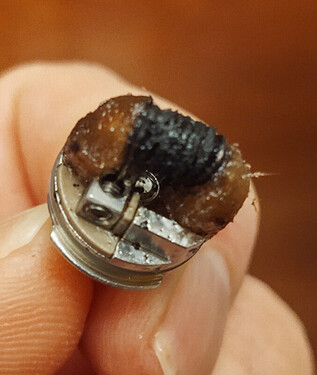 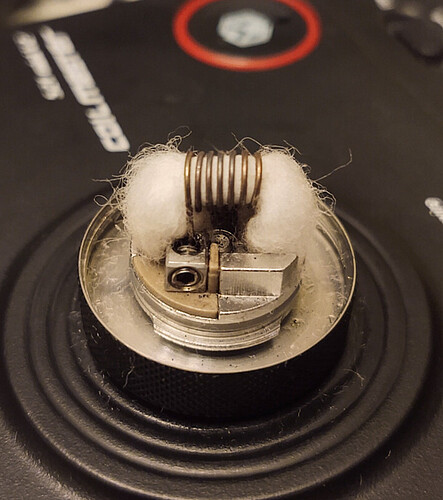