For hrmmmm maybe two weeks? I’ve not been able to ‘add to’ any pre-smiled-upon post (includes thumbsup) by using the pre-selected group of 6 or 7 choices.

I’m using Chrome, and have done the traditional clearing of cache, rebooting the browser, and even the phone.

As long as no one else has used one of the preselected emotes, everything works as it should.

Anyone else getting this? Or am I just the special flower?

Oh! And should we be able to use that same function on our own post? I was able to do that (by accident once) but haven’t tried to repeat it.
I can test that again if desired.

Since I am new I thought that was how it is, though…

And just was able to laugh at myself too ^^

They come and go

It was completely gone for a short while, because of the messages/profile page issue, until I realized that it was not what was causing it.

Anyway, it’s a third party plugin, so it’s a bit hard to modify its behavior…

Anyway, it’s a third party plugin, so it’s a bit hard to modify its behavior…

What? I can’t like my own post!
gipped again lol -kidding of course.
Seriously though, the whole like area has always been a “dead area” on my posts. It shows counts received, but never any functionality to it for me personally. Odd.

Seriously though, the whole like area has always been a “dead area” on my posts. It shows counts received, but never any functionality to it for me personally. Odd. 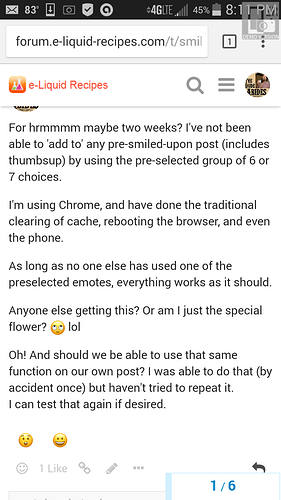 Nothing to click on (for likes), just the count.

Safari here on my iPad, same here. When I click the smiley face next to the “like” heart on a post, my screen darkens and no selections are there to be made. Worked before, just within the last week, or maybe longer… it’s freakin hot here end the days are running together! Lol

Sorry thought I could delete post so I just rewrote it

I’ve had a similar issue past few weeks. I’m using Firefox. I can add a reaction emoji that hasn’t been used, but I can’t click on an existing reaction emoji and increase the count. The likes work fine.

Ah, how 'bout dat. Refreshing is the trick. And clicking on it again takes away the reaction or the like. Thanks!

Very odd. Same problem here. The refresh did work, so the thing is registering the click, it’s just not automatically updating the count. I’ll post over on the plugin page for the thing if I remember.

I’ve had the black screen problem before as well, and the thing that fixed it for me was logging out of the forum and then logging back in.

Odd. The likes look strange, but it looks like you can react to yourself

I can’t like my own posts either. Which is cool. I don’t like what I say anyway.

Thanks again for all your hard work!

lol, I was wondering what happened to that laughing reaction emoji I left at someone else’s misfortune.

Ok guys, update…the plugin is confirmed broken at the moment so it has been disabled for now. I’ll re-enable it once the developer has it fixed for the latest version of discourse. Sit tight, it should be back eventually.

Retort - a reaction-style plugin for Discourse

You should probably read the topic before installing plugins blindly, it has already been established that recent changes to Discourse, broke this plugin. The author will fix it when he has time available.

Well, looks like they’re advancing on getting things sorted out… But still a ways to go. (Hey, at least it’s a start!)

Initial reports are, still broken on iPad, and I can add Android to that, as seen here: 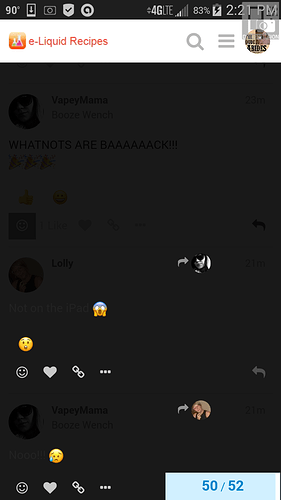 They also seem to be “shifting on the fly” (different results available on different posts): 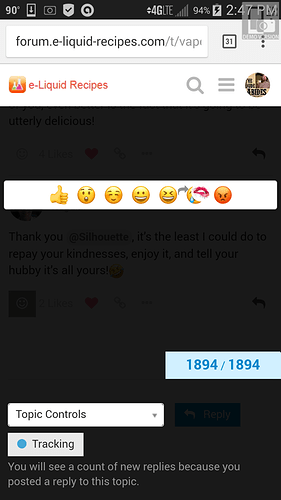