So what's what, with the NEW Tax Plan?

True! Nothing to debate about that, is there? (You’re probably a scoundrel but like everyone said, that avatar makes us want to hug the stuffings out of you).

What did the pope say about the tax plan, anyway?

But i will say after paying 31% in taxes every year it is ridiculous.

I have to nitpick

Each piece of currency in circulation has a debt which is paid to the federal reserve that is about as federal as the Usps lol. It’s probably more accurate to call it a business lol. Tax dollars are spent to pay interest on that debt of each piece of currency. It’s a never ending cycle. Technically speaking we aren’t paying for anything else. What we are doing is keeping the central banking scheme alive as slaves. It’s probably too late to move away from Central banking without drastic consequences so we’re stuck with it. History tells us our founders fought the American revolution primarily to escape central banking, ironic huh?

There’s no blame to spread, and I’m not implying there is. It’s just the nature of the beast with hot-button topics.

Then the avatar plan worked ! Im as sweet as that candy i swear

True! Nothing to debate about that, is there? (You’re probably a scoundrel but like everyone said, that avatar makes us want to hug the stuffings out of you).

Each piece of currency in circulation has a debt which is paid to the federal reserve that is about as federal as the Usps lol.

Each piece of currency in circulation has a debt which is paid to the federal reserve that is about as federal as the Usps lol.

@Ryuk I used to NOT know about the Federal Reserve. The more I learned, the LESS happy I became. Read a lot, but this one always leaves me wanting more …

Four time Fed Chairman Marriner Eccles: "As long as the Federal Reserve is required to buy government securities at the will of the market for the purpose of defending a fixed pattern of interest rates established by the Treasury, it must stand ready...

Sometimes I regret looking into the inner workings of things.

Most people don’t even realize that the Federal Reserve is not a government entity. It is a private group of banks that are in control of our entire financial system. They actually are in control of the fiat currency. They instruct the bureau of engraving and printing to print more money and add that to the tax bill of the country. Want to eliminate the Federal debt? ELIMINATE THE FED!

Among other things I’m beyond tired of red and blue creating a divide between our population.

I came across this a while back and I’m sure it’s the blue camp talking about the red but it could easily be turned around I guess. I think it is absolutely ridiculous and with an attitude like that it’s no wonder people don’t get along. Not being an American I have no dog in this race but when you look at the foreign policy of the US which never changes no matter which party is in power, all I can do after seeing something like this is 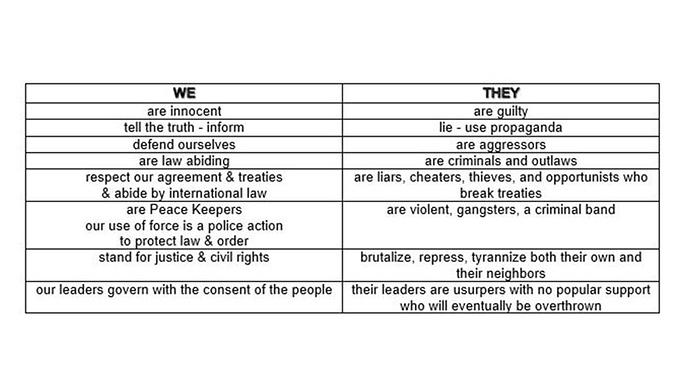 People hear Federal and assume it’s a government agency. It’s actually kind of clever to hide behind that name.

I think this is the tactic of every politician in the world.

An elderly married couple with assets valued at $30 million, who dies in 2018

The Tax Cuts and Jobs Act doubles the estate tax exclusion, so $22.4 million of this couple’s assets would be exempt, resulting in an estate tax of $3.04 million, saving this couple’s heirs $4.48 million. In this sense, the bill certainly provides a big tax cut to wealthy families.

I for one know that wealthy people were not always wealthy, unless you are a spoiled rich kid and they generally do not stay wealthy themselves. They squander it away.

Wealthy people are generalized and given stereotype to being greedy money hogs.Some of them are but fortunately lots of them are not. They are the bold risk takers and the leaders of product development, business creation and money management that ignites a well run and healthy economy. What most people don’t get or even try to understand is they all are not just grabbing all the Ben Franklin’s that they can get their hands on. Lot’s of those stereotyped green gulpers are creating Ben Franklin’s for whoever is motivated enough to collect them. Most wealthy business entrepreneurs are actually quite generous and they are what made this country what it once was. Companies didn’t leave factories out to dry, the government did by taxing them bankrupt and abusing spending privileges. Nothing is worse than taking money from responsible money generators and handing it over to a bunch of Congressmen that only know how to spend money out of existence. Nothing is free and bankrupt means more often than not, when a business goes under, that the Government had something to do with it. I’ve seen it first hand time and time again. At any time when there can be a reduction of government and smaller cash flow going to them, you can bet that things will only get better.

Was just wondering about this. Wondering if the pushback from democrats means a possible cut to federal aid to states. Without it, social services would be in for a rough ride.

Absolutely. I’m not a fan of the current administration however seeing people refer to it as the cause of division within our country is ridiculous.

@Ryuk That’s the plan though, right ?? As long as we stay divided, bickering (follow the shiny ball) they win ?

That’s the plan though, right ?? As long as we stay divided, bickering (follow the shiny ball) they win ?