So what's what, with the NEW Tax Plan?

I wasn’t going to post this one, but why not ?? We’ve got some smart smarties here. We love talking about NOT vaping/mixing/DIY’ing right ?? LOL… I’ve not been following much of the tax plan debate, but I SHOULD HAVE. We shall all (In the US that is) be affected by any tax changes, and I’ve read all the “Unless you make 1 million dollars or more, good luck” posts. I’m going to do some more research, but since I’m using the NEW Firefox, this popped up in my Pocket this morning. I shall admit to NOT ever surfing USAToday, but have @ The Motely Fool, so what the hell. Anyone want to poke holes in this story ? Will the GOP's tax reform bill result in a lower tax bill for you?

The elimination of the individual mandate, which penalizes people who do not have health care, goes into effect in 2019
-this part is nice.
The U.S. is switching to a territorial system of taxation, which means companies won’t owe federal taxes on income they make offshore. To help the transition, companies will be required to pay a one-time, low tax rate on their existing overseas profits
-not a fan of this part
The child tax credit has doubled to $2,000 for children under 17. It’s also now available, in full, to more people
-this is good for me and any others who have kids. 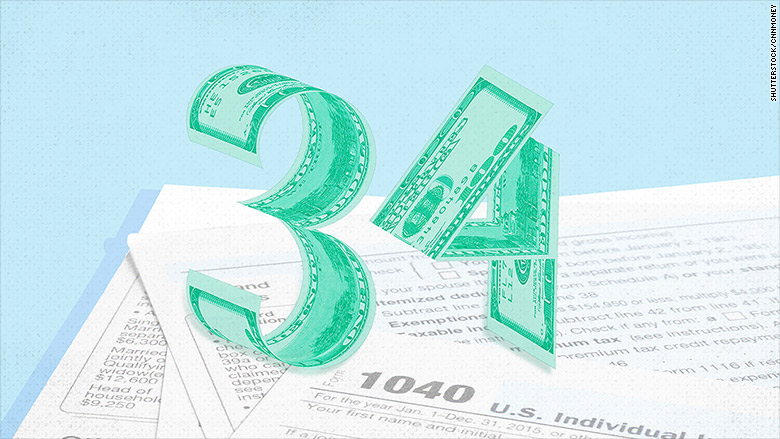 34 things you need to know about the incoming tax law

It's official. Congress has ushered through the first major tax overhaul since Ronald Reagan was president. CNNMoney breaks it down.


Over all, i understand the 34 highlighted items. There seems to be high points for lower income and middle income thrown about like confetti. But, the real winners are the corporations and the wealthy…

I would like to make mention of what few people seem to be talking about. $120 billion in spending cuts that this tax bill will force. Any new legislation that adds to the deficit triggers these cuts. If you are wondering why President Trump hasn’t signed it yet there’s the reason. By delaying, those cuts are pushed to Jan. 2019 unless congress includes a provision to the budget, Republicans will need help from Democrats and that could possibly be extremely tricky.

I think it’s not too far off to think pushing these cuts until after the upcoming congressional elections is really the goal. It also seems to me that if it were signed now and those spending cuts were widely reported (or if they happened) The President’s “Christmas present” would be tarnished.

My mistake it seems he’s going to sign or already has signed today. Unless I’ve missed something those spending cuts trigger Jan 1st. Wow…

I would like to make mention of what few people seem to be talking about. $120 billion in spending cuts that this tax bill will force.

@Ryuk Agreed, that part is not really getting any attention. I cannot profess to know WHERE those cuts will be landing, but with our bloated budget, I’m not against cutting. No reason why we shouldn’t treat it like our personal budgets. If you don’t have the money, you gotta cut something out.

How about ADDING 4 billion to Missile defense, that makes 0 since to me.

How about ADDING 4 billion to Missile defense, that makes 0 since to me.

Hmmmm, Because I am totally unaware of the budget as a whole, I can’t answer that. Have something to do with N. Korea maybe ?? Don’t know.

I hope you didn’t take that as an attack on you. I was just thinking at a time we need to cut funding why add more to that program. All it means is more money to be cut from somewhere else such as Social security, Medicare, medicaid.

I hope you didn’t take that as an attack on you.

@Ryuk ATTACK AWAY !!! Just kidding. No I did not. I have a thick skin. Admittedly, I’m not privy to the entire budget, and without the big picture, I can’t comment with any real accuracy. I do believe, if certain aspects are magnified by themselves, it can be misleading. Please keep the great comments, and opinions coming brother, that’s how this works !!!

Admittedly, I’m not privy to the entire budget, and without the big picture, I can’t comment with any real accuracy.

Hell I don’t either and the way I see it is government makes positive and negative changes frequently.

. Please keep the great comments, and opinions coming brother, that’s how this works !!!

If only everyone was willing to listen to each other without personal attacks the world would be a better place. I’m going to hug a tree now lol

Allow me to derail for a moment because I’d like to get your thoughts and share my own on the subject. I’m growing more Apathetic towards politics by the day. I know it’s bad when we stop voicing our collective opinions to the government but I truly don’t see it making any difference. Among other things I’m beyond tired of red and blue creating a divide between our population. Tree hugged again. I’m almost to the point of saying screw it let the chips fall how they will.

Among other things I’m beyond tired of red and blue creating a divide between our population.

I was watching Barney Miller yesterday, and they were making commentary like that. That was 1978, and I’m sure that feeling has existed since probably around 1782 or so. Politics is maddening, it can be frustrating to discuss, and it can also be very souring especially when you realize that whether you’re blue or red, neither side is working towards your best interests. Anti-vape lobbying is a great example for context here.

Absolutely. I’m not a fan of the current administration however seeing people refer to it as the cause of division within our country is ridiculous.

Politics is maddening, it can be frustrating to discuss, and it can also be very souring especially when you realize that whether you’re blue or red, neither side is working towards your best interests.

AMEN.
But i will say after paying 31% in taxes every year it is ridiculous.

Cut programs that dont work , privatize them etc, cause this giving to the so called needy is getting sickening when its most cost effective for them NOT to work than to work… now i will quietly leave this thread before the shit starts to fly lol

Pick a political topic and you’ll get vehement debate, period. For example, say you want to postulate that a flat 15% tax rate across the board would be simple and fair. Rich people would pay much more by proportion, but everyone would pay their ‘fair share’. You’ll get 100 people screaming about how stupid and unfair that is, and you’ll get 100 people saying it’s great… Never ends. @Lexie3 I’m finding it hard to get mad at anyone with cotton candy as their avatar.

@Lexie3 I’m finding it hard to get mad at anyone with cotton candy as their avatar.

Then the avatar plan worked ! Im as sweet as that candy i swear

Pick a political topic and you’ll get vehement debate, period.

@TW12 I take the blame for this. Honestly, I thought maybe people who knew MORE than I did, about the real, boots on the ground impact (not the rhetoric) would be able to bring light on it. Did I fear that maybe OTHER stuff might get brought in ?? It was possible. If anyone finds themselves pissed, mad, angry, or other than happy about discussing the ACTUAL impact of the new tax structure on the people who are paying it, I’ll take the hit. Was not my intention.

There’s no blame to spread, and I’m not implying there is. It’s just the nature of the beast with hot-button topics.