Been working on a soft peppermint recipe. Here is what I am working on: Based on a candy cane recipe. Issue is that it is freaking great the first two days and then everything gets muddled. What starts as an authentic soft peppermint ends up with a bland minty flavor.

Originally started with 3% marshmallow and have reduced it to 2% for fear it was muting things. Any suggestions on what I can do to keep this good from the start?

10% peppermint (tpa) to me is way too much I would cut it in half and possibly lower the marshmallow the same amount. Just my opinion but I found peppermint at high percentages like that have turned anything i have mixed into muddled minty crap.

Thanks for the reply. Will try reducing the Peppermint and see if that helps. I do like it strong though.

I don’t have experience with these particular vanillas but I’ve found that some can grow stronger as they steep which might be why they’re muddling your peppermint. Another issue I’ve found with various other recipes is, many flavors will combine in ways I didn’t expect.

If this was my recipe, I’d test two different theories at once. First, make a new version using maybe 7-8% peppermint but .25 Vanilla Bourbon, 1% French Vanilla, 1 % Marshmallow and .5% Super sweet. Make enough that you can test it as a S&V, at 1 week 2 weeks etc up to a month so see how it changes.

Second mix two other small bottles of just the vanilla. marshmallow part of the recipe and another with just the peppermint and super sweet. Let them both steep for a couple weeks, then combine them in small amounts, maybe 5ml of one and 5ml of the other. See if maybe combining the presteeped vanilla will keep it from muddling the mint.

This looks like a tasty mix so good luck!

Great idea! Thanks! Doing that now, Will let you know the results

Understanding that you like it strong… But I would strongly recommend doing single flavor testing with just the peppermint before worrying about the other flavors effects on the mix.

I haven’t used this particular peppermint before, but mints in particular are usually stronger than many other flavors (in any given manufacturer’s line). Strange things can, and often do happen when you go above a given flavor’s threshold (max percentage). Anything from muting (tasting little or nothing) to full blown chemical weirdness that can make you go “this isn’t remotely XYZ flavor. Wtf?” lol

I’d suggest three mixers.
One at 2 percent. One at 4. And one at 6.
10percent is right out (IME) except for really bad MTL atties, or really blown out taste buds. The only way you’ll know for sure though is experiment, or SFT.

GOOD LUCK! and enjoy the journey!

BTW, 3 percent FA marshmallow isn’t going to mute anything in that mix (IMO) .

The thing I am going to suggest has nothing to do with the concentrates you’re using in the recipe above.

But it’s rather a suggestion or an idea, that might help you with the recipe.

Every time I am planning on mixing something minty, without just being in your face mint, but still creamy with enough vanilla, I am taking a look at flavors that do just that already.

Not because I’m lazy but most of the times, these concentrates have been balanced by the manufacturer, making it easier to build on, without running the risk of muddling up too much.

Another one is (LB) vanilla mint or (PUR) butter mint.

Most of these as stated above give a good amount of both, mint and cream as well as vanilla. Also all of these can be pushed fairly high without too many off notes that even then, can be masked easily.

With that as base, it still gives me enough room to add more vanilla or mint. Even hints of spear mint if that’s what I wanted. Even the suggested marshmallow, but without adding more creams or 3+ different mints at higher percentage, because of the muddle/muting effect.

Now obviously the manufacturer didn’t just put a vanilla mint tic tac under a filter and extracted its flavor, so there are “multiple” flavors/nuances already being used in these concentrates, which will limit your amount of other flavors you can add, but for me that’s a great way to get my mint profiles/recipes the way I want, most of the time.

Maybe something to consider, if not just ignore my suggestion, I won’t be mad lol.

Exactly my thoughts and exactly what I did… On my after8’s …
FLV Creme de menthe gives you that creamy, minty smooth effect that I love, used VTA white choc, FA meringue and a dash (a drop!!!) of Fudge brownie and FA coconut…

I (but it’s personal taste…) wouldn’t use peppermint and definitely not TPA, at any percentage above 3 to 4% the risk that it’ll go harsh is veeeery high.

If you like it strong, then try to avoid over flavoring… Most times you get a lot more, and better flavor by using less concentrate.

Percentages in recipes means that the flavor has to work with other flavors. If you want a “soft pepermint” recipe, I really wouldn’t go all out for single flavor strength. That means stay well below 5%.

There are some instances that one could go over the recommended median %. This is when you do an SFT yourself and see that it somehow works out in a way that you like. The majority of times however, these percentages are already on the high side of the scale and it’s recommended that you try it first at a lower %.

This is a fantastic candy cane. I tossed it in a mix at 0.25% along with some Marshmallo, Yogurt, White and Milk Chocolate, hint of Gingerbread…and it is holding its own as a top note of soft Peppermint Candy Cane. I don’t have any way to compare it to other Peppermints or Canes, but it is high quality and realistic. 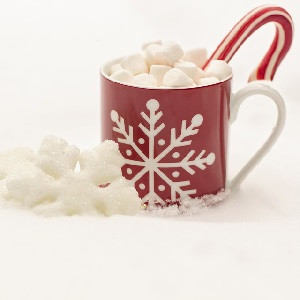 DIY Vapor Supply your source for Flavor Extracts, Concentrates, Fog Factory, Mystic and Black River Eliquids and all of your DIY Eliquid needs. Do it yourself or we can do it for you!

EStorm, thanks for the suggestions. Only have tpa creme de menthe but will get a couple of the concentrates you mentioned and give them a shot. Will work on the recipe per your suggestion. I really do like the cap french vanilla so will try to work that into it. I have just started using LB Vanilla ice cream with a tad of HS French Vanilla Ice cream. Will also look into that line. Thanks!

Interesting development. Changed out my coil and it’s back to tasting like it did originally. Usually not how my coils go bad.Will definitely drop peppermint down and try the other suggestions. Seems people dont like peppermint much but it is one of my favorite flavors. Mints are my go to as I rarely can tasted any fruits in any juice. My curse I guess.

I was looking for a homemade recipe for candy cane and I come up with this https://www.thespruceeats.com/candy-canes-recipe-521012
Looks like candy cane is just sugar with pepermint extract. I have Mint candy TPA which is a very good flavor and it have pepermint essential oil in it as Creme de Methe flavour and Mint Cookie has also pepermint oil. Peppermint TPA have peppermint absolute/extract. If I was you I whould make a test 10-20ml recipe with Cotton Candy TPA @ around 4-5% and Creme de Methe at around 5% or Peppermint @ around 5%.