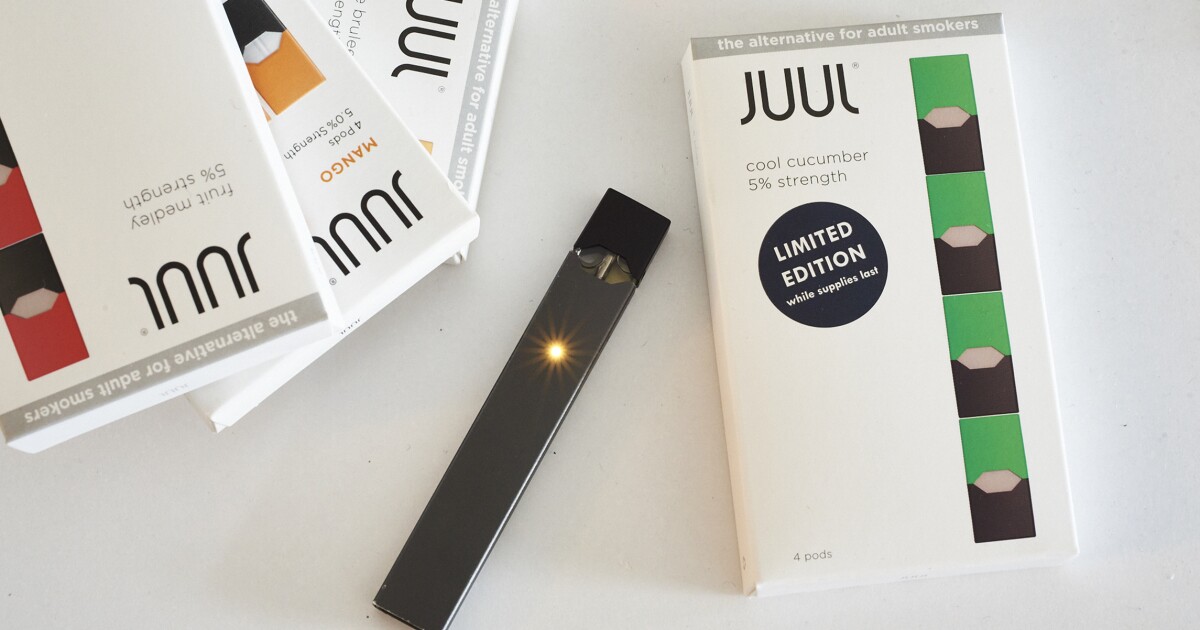 Juul-funded study finds that nearly half of smokers quit after three months...

Juul, the e-cigarette company that has dominated the vaping market for years, has for the first time released scientific evidence showing that adults can successfully use e-cigarettes to quit smoking.

“Eligible individuals were US adults aged 21 years and older who had smoked at least 100 cigarettes in their lifetime, now smoke cigarettes “every day” or on “some days,”” Ha ha ha, that’s ehh, that’s not a great place to put the qualification.

“Participants were informed that they were being invited to take part in six monthly online surveys about their use of combustible cigarettes, JUUL vapor products, and other e-cigarettes and vapor products.” Ooph . … obviously they did self reports to get that sample size, but I really hate self-reported studies.

"The primary outcome measure in this study was past 30-day abstinence from smoking, which was determined at each assessment by a “No” response to the question, “In the past 30 days, have you smoked a cigarette, even one or two puffs?” " – The question is specific, that helps.

Rule #1, and it’s not freaking hard (well, okay, it is, but they should have done better than this), correlation is not causation. If you want to get full-blown skeptic (in almost the classical sense) with this you can dismiss the entire paper. . . but any speculation on specific flavours and places of purchase include several obvious confounders and possible actual causal factors.

I mean, the actual data is fine and useful, presuming they’re telling the truth - but we need verification and some experiments looking into any of the individual claims beyond “Hey, people seem to use this to help stop smoking sometimes and, in the short term at least, they seem to have a good chance of success.”

I kinda hate studies like this - but there’s really no good (read: ethical) way to do a controlled experiment that can actually tell us anything hard here so, whatever.

But, you know that the public at large is going to see “Vape financed study says vaping is good!” and either believe it or write it off as they already believe. Nobody’s going to read the whole thing. I didn’t read the WHOLE thing.

My personal, absolutely “no science involved” study is ongoing and conducted at my primary place of socialization, work. I help people purchase floor covering. I don’t hide my vaping but also limit it while customers are present. I think that is simply courteous. Quite often customers will ask me about it either smelling the vapor, seeing the vapor, or seeing the devices. By far, most of these inquiries are legit as they have heard “bad things” but haven’t bought into the propaganda. The “vape bad” neanderthal is the rarity. People are IMHO very receptive to factual discourse and I sense that I have had great success in giving people a reasonable understanding of vaping. Distrust of both gooberment and media is high among almost all people. It doesn’t take much to debunk the fear mongering propagated at present. Obviously this is a one on one exchange. The other entity that is highly mistrusted is advertisement. While I applaud Juul for fighting back, I sense they are pissing into the wind.