hi guys very pleased to meet you all… i find myself facing a conondrum… could the batteries inside this box be fake?
They do look pretty good but i still have my doubts
I tried reading the qr code but only came up with a serial number and sony has nowhere to check those qr codes, which, would be a great idea and would avoid fake bats.
ok, so im sending you a link from a picture thats exactly the same that i bought but from other vendor:
http://cdn3.bigcommerce.com/s-fmgay...VTC6_500x500__50940.1474572899.1280.1280.jpg?

do they look real to you¡
]huge thanks to you all

The link you left gives us a 404 error. That doesn’t matter, because counterfeiters are good at their business, and the QR code doesn’t register in any public database that I know of. I have not seen word of fake VTC6 batteries in the wild as yet, but that is meaningless really . Why do you think they are fake? Where did you get them? Are you seeing huge voltage drop under load or something else that makes you question their authenticity?

IMO the best insurance against getting fake batteries is getting them from a source you trust. Saving a day or a few dollars is not worth it, batteries can be too dangerous. Not to shill, but I get all my batteries from illumn.com. They have a track record of being trustworthy and in the rare cases where they have discovered they have been sold and in turn sold fake batteries, they have been transparent and compensated customers fairly.

Certainly if you have any doubt, you should discontinue use of these batteries. $10-12 for a new pair is not worth having a fire or getting hurt or creating opportunities for the press to cast a negative light on vaping. Most vendors generally dont accept returns on batteries, but ymmv depending on the venue (ebay for example, they don’t have a choice if you paid with paypal and dispute it.)

ups here’s the photo of the link, thanks laberynth for leting me know
the thing is i live abroad so not so many options for real bateries, i actually think these are real, but yet again i’ve been fooled before. the only ones you can get are efest and i dont trust them.
Money is not the problem since i pay them full price so i just want to be sure that im getting what im paying…
i will attach a photo and theres more of my actual batteries comming
i really do think sony should take more anticounterfeiting mesures 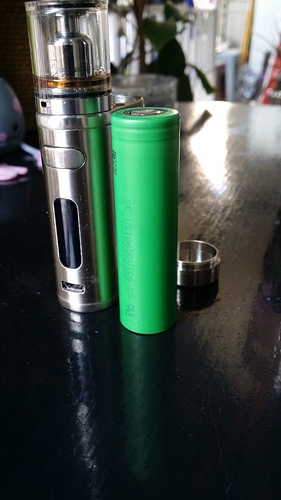 thanks, it really did help, i think they are originals!

does it say "danger, do not use outside of battery pack on the other side?
Thanks again laberynth!

Yes that’s exactly what it says 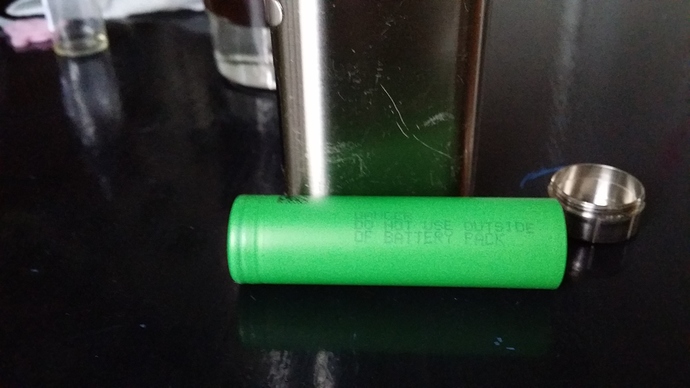 The trick is, Sony would prefer if we didn’t use their batteries at all. The is what the “do not use outside of battery pack” bit is about. Our application is not what is intended for these batteries when they make them. We subject them to intermittent pulse rates at extremely high discharge. We expose them to chemicals. We tear up the wrappers and rewrap them. We get on the news because cloudbro’s that don’t understand batteries or physics dead short them and start fires. Sony would prefer we choose another brand and preserve their good name. But their batteries are the gold standard of awesome. Always have been really. They dont sell them in those little green paper boxes, but there is nothing inherently suspicious about the battery in your picture. The labels are required for shipment into certain countries, and so someone (not sony) labels them and puts them in that little box. None of that means they aren’t real. The only way you can really tell is to see if it will deliver 30A without getting overly hot or having huge voltage drop, that is is the correct weight, stores the expected amount of power, and that the markings appear legitimate. Other than that, your guess, well, its as good as ours.

and as @JMak642 said before a reliable vendor like imr, illumn get theres sealed from factory, when there is a threat of fakes, they shut it down and check every one, they did it not 2 months ago. That silly sticker peals of and reveals the sony #'s is a link to what it means but i cant f’n find it, lmao

Another vote for illumn.com that’s the only place I get my batts… I’m hardcore LG HG2 fan here lol I like my 3000 mah batts

I’ve never thought of weighing my batteries… Any idea if there’s data anywhere (maybe from Mooch?) that has genuine battery weights listed?

They are listed on https://liionwholesale.com

always a concern and waved under the carpet 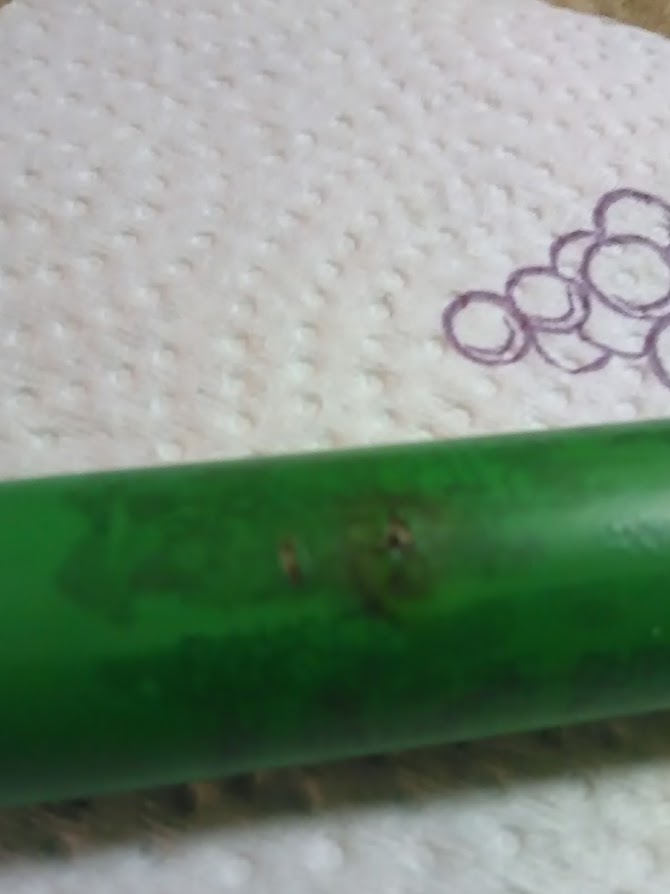 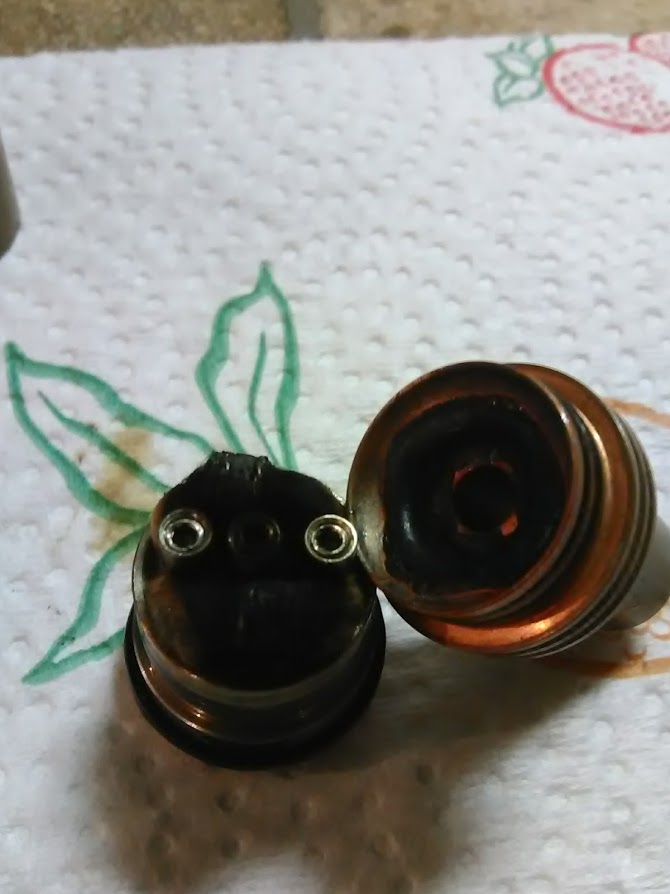 wth, u know i need my makeup 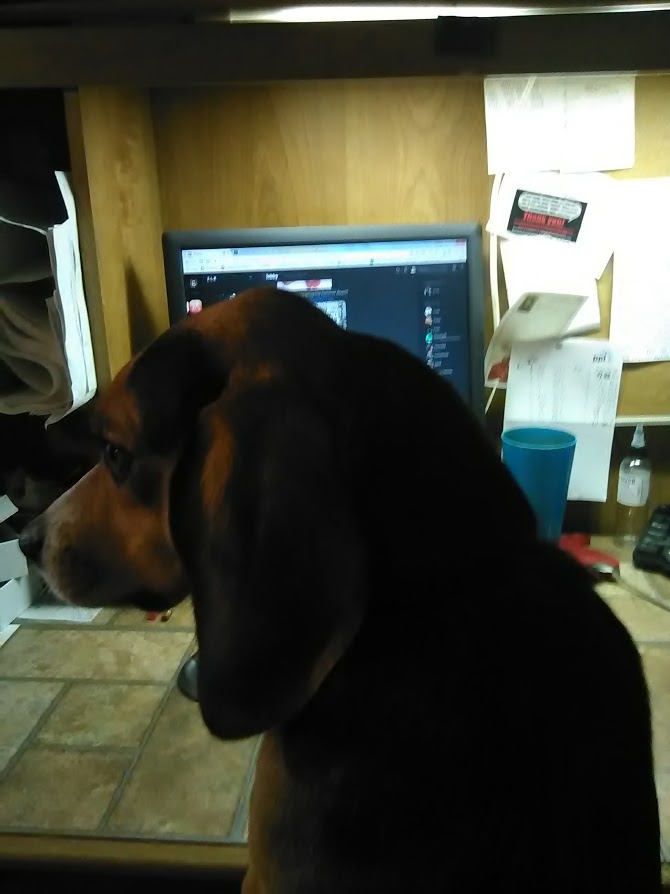 from mooch:
No way to tell from the picture.
Remove the wrap and see if the top insulating ring is glued on. Yes = fake.
Or compare their performance to known genuine ones.

They are all generally the same weight, say between 44 and 50 grams, but if you have a few of any variety of battery, check it out. They’ll all generally fall within half a gram of each other, even with widely varied purchase dates. Remember that if you are rewrapping, you have to account for the increased weight of aftermarket wrappers. The counterfeiters used to put a 10350 battery inside an 18650 case, packed in chalk dust, and they were really quite a ways off expected weight. Thank goodness everyone has a nice precision scale around, right?

Illumns shipping is quick man, I live in Canada and was able to get 8 sony vtc6 delivered to my mailbox in 6 days. They were cheap too, considering that if I bought them at local shops I would be paying 17 bucks a battery, illumn was 6 I think, so roughly 8 dollars Canadian.