I’m thinking about getting a Squonk mod any suggestions? I’m for 200 watts regulated, TC , dual 18650 (if that’s even possible)

I believe that the Geekvape GBOX is pretty much the only dual battery regulated squonk mod on the marked.

I’ll take a look at it thanks!

I’ve seen and used the GBox briefly and although large I was really impressed by the device. It will in fact do temperature control well as well as power mode. The RDA in the kit also produces good flavor.

Drone DNA 166 is a dual battery squonker. Made by Lost Vape I believe.

And a wonderful unit, although butt ugly and bulky. They do seem to be difficult to source. One post I read said they were discontinued.

Say it ain’t so. I was going to try to track one down after Christmas. Maybe I’ll have to look at the GBox instead.

I’ve used these guys and have had no problems. Pretty good price for the unit in the U.S.

Also the Kanger DB 160. I know it is only 160, but works well. Just get another dropper with bf pin. The one it comes with absolutely sucks.

I’ll second the Kanger DB 160. The only issue I’ve had is certain batteries are a pain to get out. 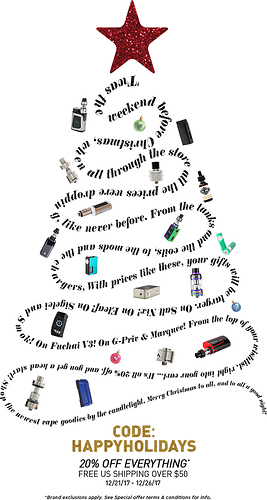 If you are looking for the best that vaping has to offer, you've come to the right place. Origin Vape offers Svoe Mesto, StattQualm, SmokerStore, Vapor Giant, Yihi, and many other World-class and ultra-rare atomizer and mod makers. All the parts you...

I just ordered one for $55.99 with code and free shipping

I’ve heard the kbox bottles fit in it too. Do u know?

Not cheap huh… but what I like it
Thanks!

It’s a nice unit. I would imagine it will last and pay for itself

what I don’t like about is that 80 watts is the max for TC mode I almost ordered one until I saw that.

80 watts is the max for TC mode

I’m curious as to why they limit the wattage output to 80 in TC when the mod supposedly can hit 200 in power?

I found this on a review

mnowak122876
2 weeks ago
Heads up for anyone that is wondering like I was. The bottles for the Dripbox do in fact fit in this mod, just tested it because I have about 5 spares I bought as backups.