Steeping in a sous vide?

Hi, I was wondering if anyone has tried steeping their e-liquid in a sous vide machine. The temperature could be controlled for a long period of time. ( I do beef ribs for 72hours). I also figure this would be the best way to make medicinal flower extracts. Like coffee, or spices. I’m new at this, and having a lot of fun, any advice would be appreciated.

And does anyone have information on making a MF coffee flavour? I could set my sous vide to 205F ( perfect coffee brewing temperature). Doesn’t coffee have oils? is this safe to vape? So many questions!!

steeping their e-liquid in a sous vide machine. The temperature could be controlled for a long period of time.

Thyme steams, ginger, basil, everything has a perfect time and temperature. ok, I guess I’ll be doing some research this weekend.

In the mean time send me your machine! I have a pork butt and a rack of ribs I had planned on putting in my smoker around 10pm tonight but they say I may get some rain about 3am…

You could always smoke it until you have to go to bed…at that point take it out, double wrap in foil and cook in the oven at 220f until morning…won’t be as smoky, but you will be eating pork faster.

@James35 is correct. Just power smoke them for a couple hours then double layer wrap them to eliminate ANY air and they will cook in the fat and not steam (air) which will ruin them … time and temp as recommended …best ribs ever.

Temp for coffee? Remember you are doing a water-based extraction and not brewing. In this world the advice is stay under 122 F (50C), so the above mentioned 115 degrees sounds wise (coffee beans slightly cracked in PG) The lower temps might also help prevent that oil extraction problem (don’t want). Be sure to come back and let us know it went!

Thanks! I will let you know how it turns out.

I think I did that once… once.
I smoke my pork for about 12 hours or so (internal temp of 195 in the smoker set at about 225-235), the ribs normally only for 6 hours (3-2-1 rule) but I cook for temperature not time… guess your not overnighting me the machine though…

After a test with a crock pot, I was thinking about buying a sous vide oven just the other day. I talked myself into being patient instead.

Be careful about the temp, since nicotine starts breaking down when it gets hot.
https://www.e-cigarette-forum.com/forum/blog-entry/effects-of-heat-on-nicotine-degradation.6202/
Summary sentence: “So it was clear, heat degrades the nicotine. The effect wasnt too bad at 125F, but at 150F there was an 8% loss, and at 175F there was a 10% loss.”

I recently did a test of Kreed’s Kustard in a crockpot that stabilized at about 140F (I know, too hot). After 48 hours in the crock pot - I didn’t want to destroy the nicotine any further - I vaped it but it wasn’t ready IMHO. I then test-vaped it from time to time. In the end, my crock pot bath cut the steep time in about half, which is pretty magnificent in my opinion. (But this was a single test!)

Another test of Time Bomb - TNT Clone in the same crock pot wasn’t as useful, since that still needed a lot of resting in order to let the fruit high tones subside. Perhaps that bath reduced the total steep time by about a week, since I still had to wait over 2 weeks of normal steeping before I considered it vape-able.

In the end, from my two tests and a bunch of reading, I figured that I’d be setting juices in a sous vide at 120F for probably a week.

However, that’s little data and some hypotheses from a lot of reading. It would be great to get another person’s test info on a sous vide oven.

Please let us know how it goes!

I Use the Anova Sous Vide machine and really like it. I steep all my juices 48 - 72 hours without nicotine and in mason jars,so there’s no issues . When I make a 30 ml bottle for myself or friends (from the 16 oz mason jars) I add the nicotine and put the bottle in a Robart hobby paint shaker for 1-3 minutes. https://www.amazon.com/Robart-Manufacturing-Paint-Shaker-Powered/dp/B0006O7M9W/ref=sr_1_2?ie=UTF8&qid=1471796752&sr=8-2&keywords=paint+shaker. I then put the label on because the shaker rubs off the colors on my labels .

Some flowers and herbs can have the medicinal values extracted using water, but some need alcohol.

I have recently started using some NET’s and I already know I am going to have to start learning this process myself so I am taking notes on the Sous Vide.

For those of you that use a sous vide [immersion circulation/heater] …especially for cooking bags of meat,etc
If you are using stretch wrap for a lid, or tired of adding water all the time, try some water balls. I know Amazon sells them. Let me find a link…
Helps water baths reach their target temperature faster
Prevents evaporation and heat loss during cooking (saves energy and electricity) 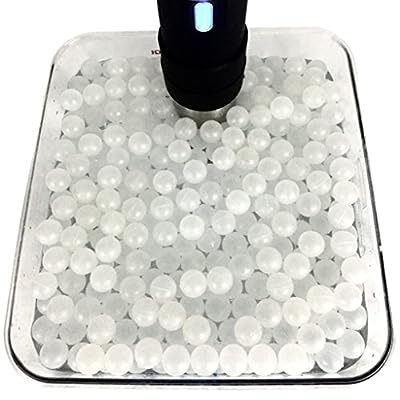 I ended up just buying a $20 cooler from duhlmmart and cutting out one of the drink holders on top.