This is a photo I took a few minutes ago with my little ol’ Nikon Coolpix camera. I swear even though my eclipse photos came out so wonderfully, this photo actually blows me away. Makes me want to get an actual camera now 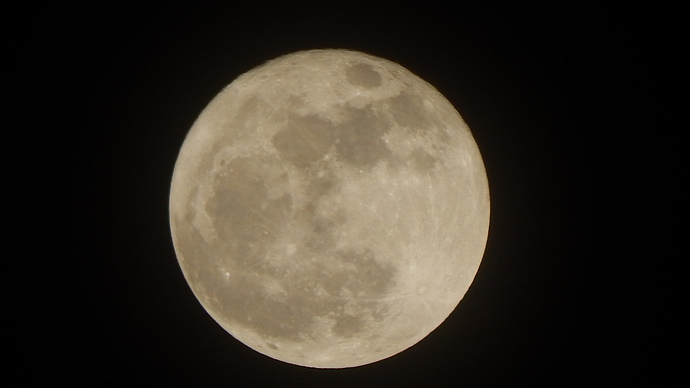 Thanks for sharing! Cloud cover ruined it here,couldn’t see a thing.

Good enough to see our flag so what more do you want?

We saw it this morning.

Does that count? It was pretty big and lovely. Abbers liked seeing it a lot.

I was at work the other day vaping outside. I ran into the building frantically and shouted for one of the girls to come quick. She is breathlessly saying “whats wrong!?” I say, just look at this beautiful moon!!
Remember to enjoy the little things! An attitude of gratitude is always rewarding!

Dang, I forgot to check it out. Love this kind of thing. We were lucky enough to have that eclipse pass over the house earlier this year (my avatar is my poor-quality photo). Have always loved weather, especially living in tornado alley. Been way too quiet storm-wise lately!

Funny you mention the eclipse. I was dead center of the path and took some killer photos (by my standards) and put them in a folder. So I took several of the moon photos and made another folder. While I was doing that, the eclipse folder caught my eye and I decided to look at them again. I don’t know how it escaped me the first time but one of them has a plane that was just visible in the corona. So cool, although not one of my best shots. 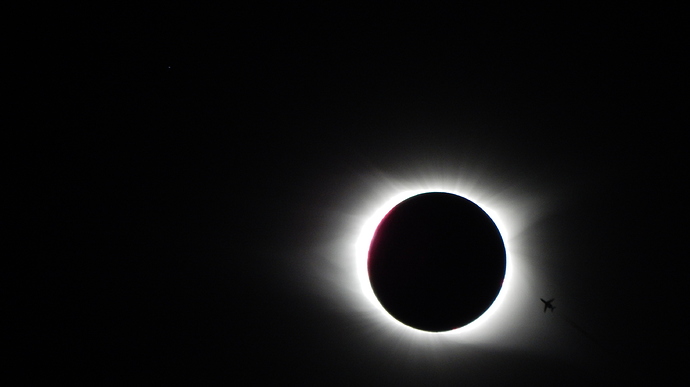 Both of these shots are amazing, good job!

The first one looks like a large ashy apple (the core at the bottom right)
The second one, the plane makes it, really cool!

Not that there is anything wrong with your current one!

Very cool! The plane looks like a scout returning to the mother ship.

The first one looks like a large ashy apple

I’m late to this party @SthrnMixer but the shots look great, and my wife still has her CoolPix 990 and it’s still a very good camera.