Support for diacritics in quick flavour search (I lǐké my áģçênts)

Hello @daath, I live fine with the current functionality but thought I’d suggest.

Accented characters are troublesome
Both in adding stash flavours

And in adding flavours to recipes 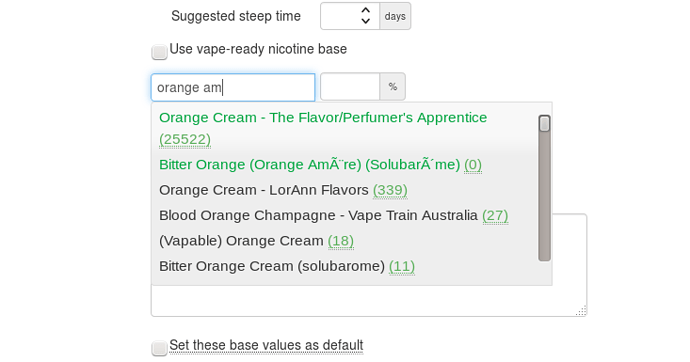 Also, name match is done on the accented version rather than, as expected nowadays, on the latinised version.

My question is…what would happen to existing names in the dB if a generic char set were implemented? It would somehow have to merge/ blend with the originals otherwise it would create a duplicates nightmare.

UTF-8 is your friend there. Backwards compatible. Awkward for string length but it is usually someone else’s problem.

It is worse than I thought, if you get the flavour in a recipe, it turns out like this and creates a new flavour in db.