I have to give credit where credit is due, and TFA does a bang up job on lots of flavors and they are priced right while being a good strength. On that note, I largely stay away from CAP flavors for the opposite reasons (with few exceptions).

Sweetener being one of those exceptions. I don’t use sweetener much, but whrn I do, it really burns my back side to pay double for a sweetener of all things, but CAP’s is leaps and bounds better than TFA’s. Anyone else with me on this?

I use both of them. Sometimes together. I like the little bit of Ethyl Maltol in TFA for some things.

TFA is my go to flavor resource. CAP is a strange thing, I cannot fully understand the way their flavors work and why they are like day and night with everybody else.
I have tried again and again to like CAP, but TFA is always there to the rescue

I prefer Super Sweet CAP, which i usually use at 0.5%

Not a fan of Ethyl Mathol and it knack of muting some flavor notes.

Agreed brother! I generally use Super Sweet @.25% lower if maltol has worked it’s way into a mix via Sweet flavors but it’s like u said, leaps and bounds. Waaaaay more potent! .25% gives me same sweet kick as 1.5% sweetener tpa, so that alone will win my vote! Unfortunately I had just reordered my sweetener (16oz) right before I tried Super Sweet for the first time​:astonished:lol I’ll give it to my brother or hold down some paperwork with it!

I’ve never bought a “specific” sweetener-I generally use Cotton Candy(TPA) which, if memory serves, is mostly just 10% EM. If I’m working on a bakery/dessert, then I usually reach for Marshmallow(TPA) or (FA). I’ve been reading up on Cotton Candy(FLV) but the sticker price gives me a bit of pause. The thing that piques my interest is the mouth feel that some describe-I’ve been looking for something to give the gritty feel of granulated sugar(For my Churro clone) but at almost $5.50 for a 15 ml bottle I’m a bit trigger-shy.

Anyone have any experience with FLV’s Cotton Candy? If this isn’t the place to ask, then by all means let me know and I’ll move it to the rightful place.

imho it depends on the mix… yes CAP are kinda more pricey THOUGH
TPA/TFA Sweetener : sweet and nice
CAP Super Sweet: Sweet and adds some tartness

on the other hand there is also Ethyl Maltol… it’s sweet, has a different taste in general, though i like using it mostly in tobacco mixes…

as i said it depends on the mix… if it comes to an 100% fruity that i want to make sweeter TFA Sweetener comes first as a choice, if i want to add some tartness to support some creams and add some more depth then CAP super sweet… but that’s my taste…

TPA Sweetener has Maltol not Ethyl Maltol
http://shop.perfumersapprentice.com/componentlist.aspx?sku_search=342300
And IMO Ethyl Maltol is not sweet, has the aroma/smell of sugar but not the taste (sweet).

I do have beefs with several CAP flavors (yall know who you are, stupid flavors

). That being said, Super Sweet adds a bit more yum in recipes for me. I still like sweetener in some things, even after years of mixing, I still have the sweet tooth. I use both TPA and CAP sweetener, if I make less than 30ml I tend to use TPA, just because I use 1-2 drops Super Sweet per 30ml mix, no more, and find that 1 drop can oversweeten a 15ml mix for me. Somehow, I think the additives like Citric Acid in Super Sweet give a little more boost to flavors, while the TPA sweetener seems to leave a slight emptiness along with its sweetness. I don’t use EM as it tends to mute flavors (for me personally).

Me too. CAP is the brand i had most terrible flavors from, and mainly their fruits. All the brands got good and bad, and CAP does have some i dont want to be without.

Thank you for all the replies. I should have noted I was specifically talking about CAP Super Sweet vs. TFA Sweetener (both sucralose based sweeteners). But as always, the door is wide open for all input. It is appreciated.

CAP super sweet tastes very clean to me whereas something about TFA tastes “off”. I know it’s contradictory because CAP has twice as many additives, but maybe those exist to cover up the “off” taste from sucralose? Just my take on them anyway.

It is many topics about this if you like to have a look
http://forum.e-liquid-recipes.com/search?context=topic&context_id=166096&q=Diy%20stevia&skip_context=true

Personaly i dilute 10mg Erytritol, Stevia premix in 55% VG and 45% water. This mix (Erythritol, stevia premixed) I find it on my local cafe store.

I could be alone in this theory, but many of the flavors I have in the original 13ml bottles taste very different than those rebottled into 30ml clear bottles from the larger drums of flavor that the vendor uses. In fact, many of the CAP flavors I have in the 13ml frosted plastic seem to have taken on the plastic taste, and it seems to get worse with age. CAP Vanilla Custard tastes worlds different to me when rebottled into clear plastic, it tastes cleaner, with that yummy prominent vanilla. Fruit flavors seem to take on the plastic flavor faster, maybe because of the acidity involved, but I wish Capella would drop those frosted plastic bottles.

Oh, could be. I get all my flavors rebottled into glass no matter size so havent had issues with that. My main issue with many of their fruits is that they can be very harsh even after breathing and long steep at low percentage.

Bought 50g of USP grade sucralose powder and diluted it to 10% in PG. Not that I use a lot of sweetener but it is plain and simply probably going to last me years. The price with shipping was about $13. When I want EM, I can always add that too. My understanding is the SS is somewhat more concentrated, I still have some around and use it once in a while too…but am phasing it out. -Lastly, I use erythritol on occasion too, especially when I am looking for max VG.

Yes it adds some sweetness but as much as a plain flavor. IMO less than vanillin and not in a way as much as Sweetener.

I like it at high percenteges but i have to wait at least 1 month to steep.

I use @Chewy 's works well for me

Just a heads up, I hear CAP Super Sweet is fantastic but unfortunately, I have been avoiding it as it contains Sodium Benzoate. A quick web search will tell you all you need to know about the stuff, it is not safe for ingestion and who knows what happens when it is inhaled. The risk of blood cancer and other damage to DNA is not worth it IMO. 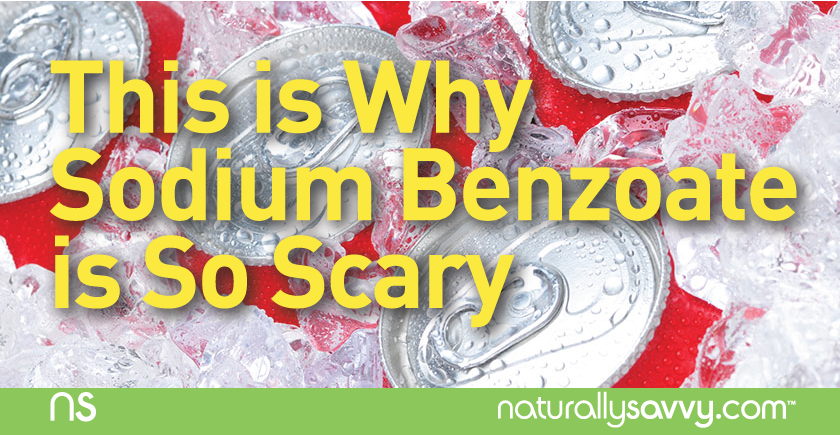 This is Why Sodium Benzoate is So Scary

Sodium benzoate is a toxic chemical added to a number of foods, beverages and personal care products. Here's why it's so scary.

I have Cap SS and TFA sweetener but lately I find myself reaching for the Stevia from Nic River. I don’t get the fake sweetner taste I get from Cap SS and no EM added like TFA.